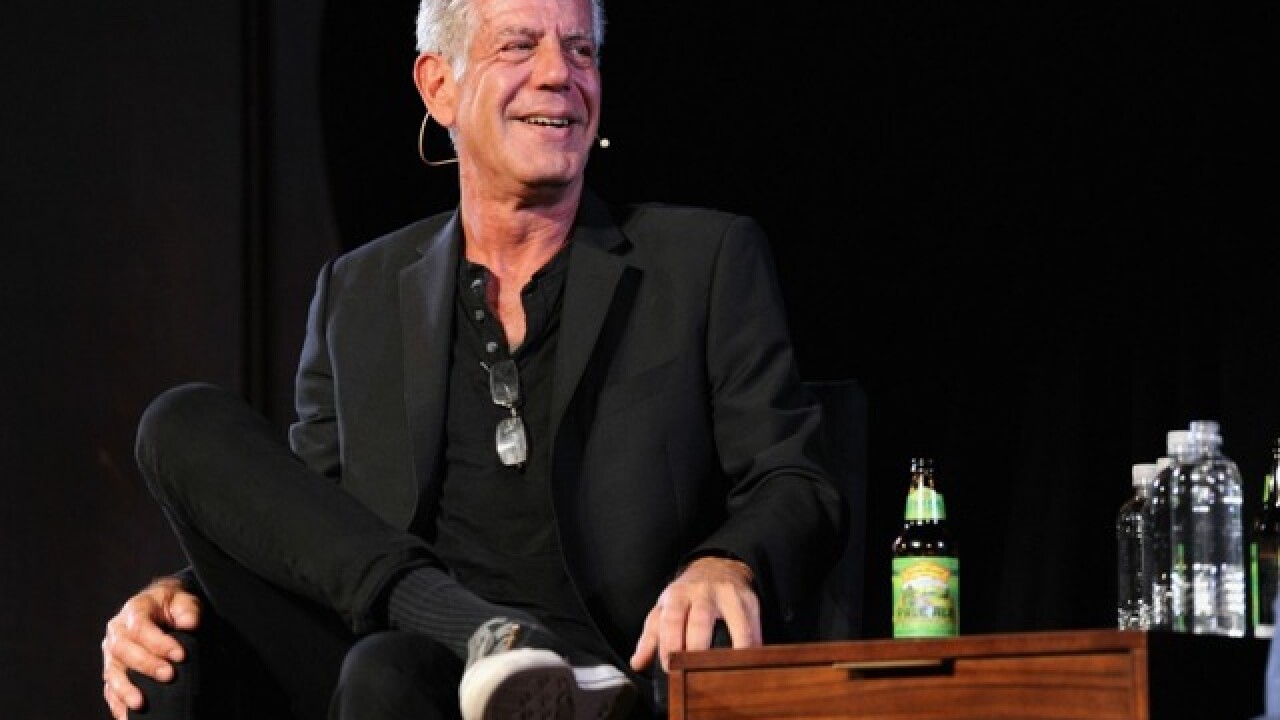 Editor's note: If you're feeling suicidal or having suicidal thoughts, help is available. Call the National Suicide Prevention Lifeline at 1-800-273-8255.

Anthony Bourdain was many things. He was also something of a badass, boldly taking on new adventures and challenges. We were lucky that he took us along for the ride.

(Editor's note: On Friday, CNN reported that Bourdain was found dead in a hotel room in France of an apparent suicide. He was 61.)

RELATED: How to get help for someone who might be suicidal

Here are six of the late CNN host's most jaw-dropping moments.

Eating brains and blood in Thailand

While roaming around Thailand, Bourdain didn't flinch as a friend ordered up a meal of pig's brain at a restaurant. But even he was shook when he found out the meal included a bowl of lou, basically a soup made up of raw pig's blood.

"That's like a horror movie," he said when the soup, mixed with bits of meat, lemongrass and other stuff, reached his table. "It's like CSI: Soup. I'm eating out of an open wound."

Yet he found it "completely delicious" and deemed it the best meal he'd ever had in Thailand.

RELATED: CDC: Suicide rates have increased by 25% since 1999

Turning into the karate kid

While enjoying a meal in Okinawa, Japan, Bourdain mused about the city's most famous export -- karate -- and agreed to get a lesson from one of the discipline's true masters. Oh why did he do that.

The "open hand" technique employed by Bourdain's teacher left him squirming on the floor. He tried to tap out but "they don't know what tapping out means here."

Right at the time "Parts Unknown" premiered five years ago, Bourdain popped up live on CNN and was game to eat from a platter of delicacies placed before him -- without knowing what they were beforehand.

In one sitting he had:

Turkey testicle ("If you didn't know, you'd have no problem with that"),

Steamed pig's feet ("That's great. Who doesn't like this?"),

Goose intestines in black bean sauce ("Good stuff. I'd order that in a restaurant.")

He sussed out the fetal duck egg before he even tasted it ("Not one of my favorite things on Earth, but it's really not that bad, if you can get past the feathers and the beak.").

He even said the maggot fried rice was "good," but ... he did have to cleanse his palate with a sip of wine after that one.

Going to Libya when it was still rife with conflict

Bourdain and his crew rolled through Libya just as the nation was dealing with the aftermath of civil war and the death of dictator Moammar Gadhafi. It was not the show's typical production shoot and staying safe was paramount. They changed hotels frequently, stayed off social media and used young members of a militia to provide security.

A trip to the ruins of Gadhafi's former palace in Tripoli yielded the episode's most tense moment -- perhaps the most tense of the entire series -- when an armed group of men showed up and basically shut down Bourdain's crew from filming. But Bourdain still managed to tour a war museum, enjoy the country's Italian restaurant scene and share a meal with an ex-freedom fighter at a KFC knockoff named Uncle Kentaki. Bourdain called it the best piece of work he'd ever done.

Filming in Jerusalem, Gaza and the West Bank

Bourdain didn't blink at the controversies when he went to the Middle East to check out the food, culture and politics of Israel, Gaza and the West Bank. There was really no way he could make a show without ticking off one side or the other, but he made it anyway. Although he filmed most of this show in Jerusalem, he also spent some time in Gaza, a place few Westerners get to visit. He noted the extensive security there, but he was also happy that the episode, through food and conversation, was able to present a view of Palestinians beyond "crying women and men throwing stones."

Trying something new in Quebec

A trek to the Canadian wilderness meant an opportunity to try out one of the few foods Bourdain had never tasted -- beaver.

It was served in a thick, heavy sauce ("almost looks like chocolate, it's so rich looking") with vegetables.

What was the verdict? He joked that it tasted like chicken.