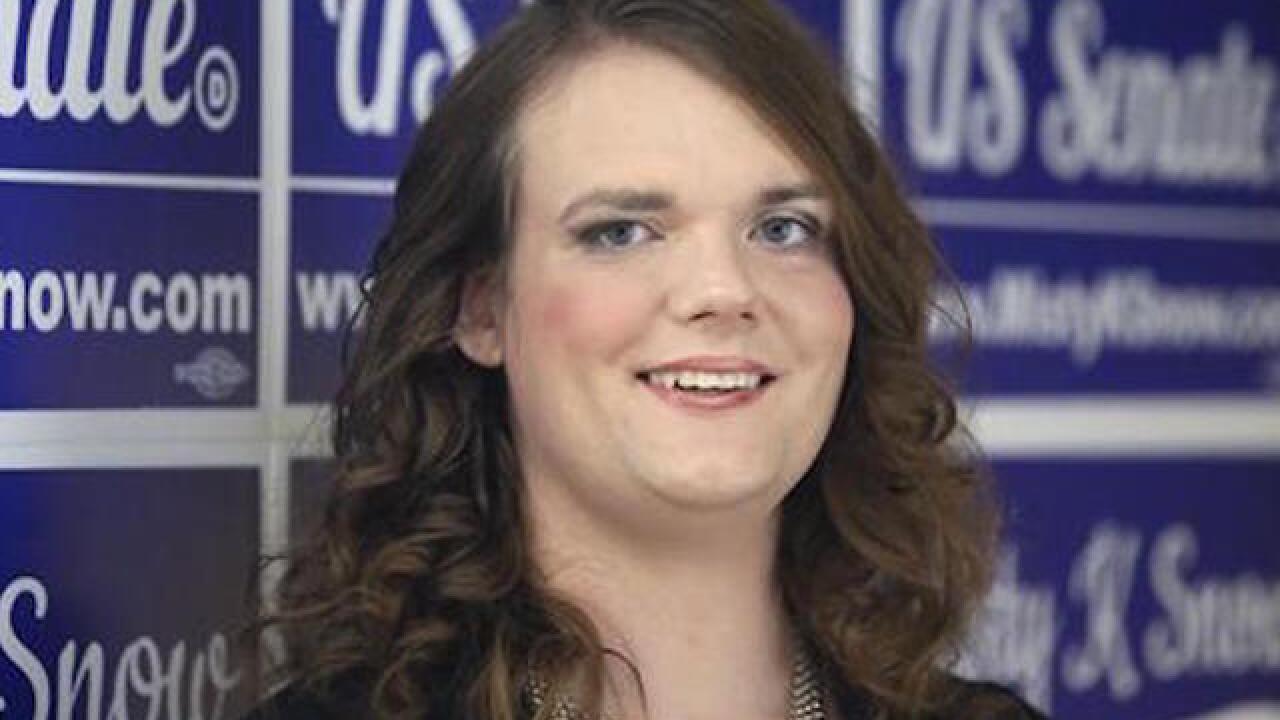 SALT LAKE CITY (AP) — Democrats in some of the reddest pockets of the interior West have nominated transgender women for Congress, sending a message of inclusivity in races many consider unwinnable for the party.

Both candidates are downplaying gender identity in their primary contests.

"Yeah, I'm trans, but the simple fact of the matter is that a lot of people just don't care," said Plowright, 33, a first-time candidate who decided to run after attending Democratic presidential caucuses earlier this year and being inspired by the presidential campaign of Vermont Sen. Bernie Sanders.

Snow, 30, also said she was inspired by Sanders.

She said her experiences as a transgender woman help her understand the struggles of those who felt like they don't have a voice, but she doesn't want to center her campaign around the fact that she's transgender.

"I think Utah just has this really kind of nice culture. There's this kind of this libertarian-kind of mindset. They don't really care too much about those types of things. They just really care about where you stand on issues or whether or not you're a good person," Snow said Wednesday.

Both candidates are considered longshots at best. Utah hasn't elected a Democrat to the U.S. Senate since 1970, and Colorado's 5th Congressional District hasn't chosen a Democrat since the district was created in 1972. Democrats didn't even field a candidate in the Colorado Springs-centered district in 2012.

The fact that Plowright and Snow were nominated in areas where their party is vastly outnumbered didn't surprise observers.

"We're going to lose anyway; we might as well make a statement about inclusion," said Democratic Utah state Sen. Jim Dabakis, who is gay.

Snow's victory follows a string of LGBT landmarks in Utah, particularly in the state's capital city of Salt Lake City, which is a liberal island.

But more than half of the state's 3 million residents belong to the conservative Mormon church, which opposes same-sex marriage and bans baptisms for people who have transgender operations.

The Church of Jesus Christ of Latter-day Saints' tone on LGBT issues has softened somewhat in recent years and the religion's leaders backed a statewide anti-discrimination law that protected gay and transgender people from discrimination in housing and the workplace.

In Colorado Springs, Democrat Shari Zabel said she got death threats for being a transgender candidate for the state legislature. But most folks, she said, seem more interested in a candidate's plan of action, not gender identity, even in socially conservative areas.

"Will it make a difference? I don't know," said Zabel, who dropped from the race for health reasons unrelated to the death threats.

"We are candidates trying to represent people the best way we can," Zabel said. "It's not about being transgender."