No damage or injuries caused by tornado 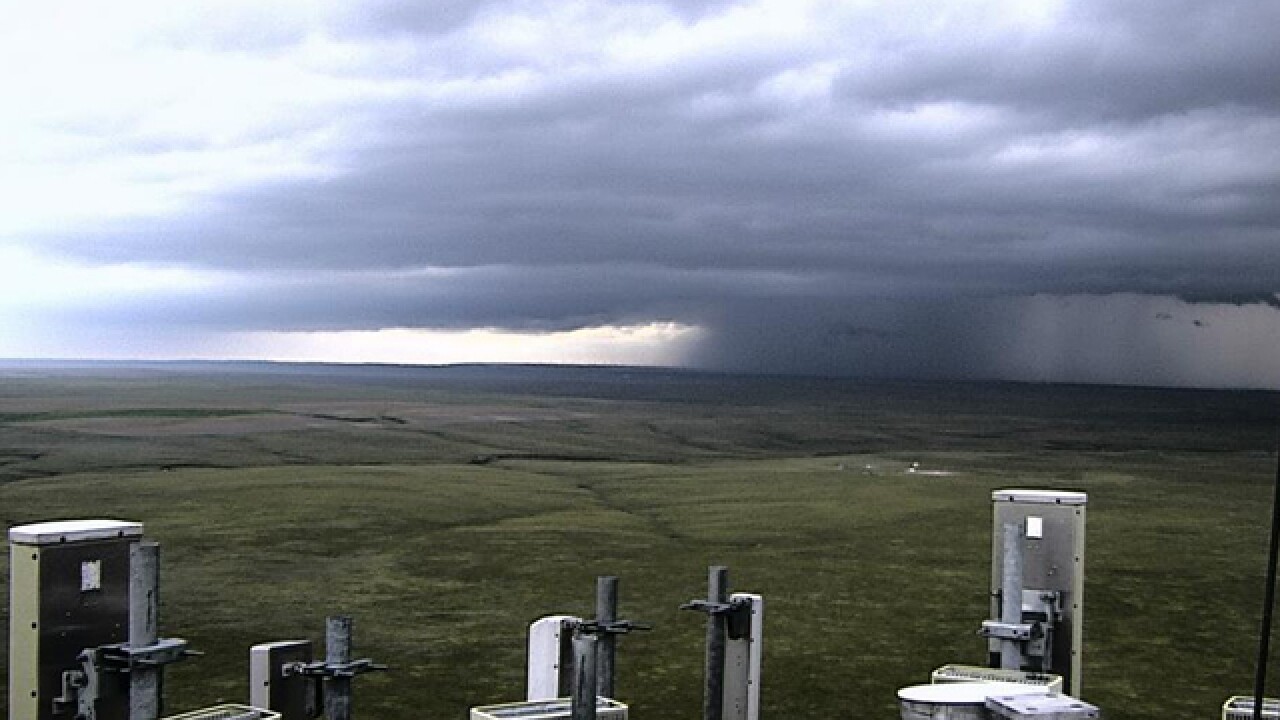 Viaero Wireless
<p>The storm that produced a tornado near Keota, Colorado Wednesday morning, as seen from the Viaero Wireless camera in Raymer.</p>

WELD COUNTY, Colo. – The tornado that touched down in a field outside of Keota, Colorado Wednesday morning was an “extremely rare” event, according to a National Weather Service meteorologist.

The tornado dropped to the ground at 6:37 a.m. about 5 miles northwest of Keota, in northeast Weld County, as an early-morning round of severe thunderstorms moved across eastern Colorado.

A brief Tornado touchdown was reported in open field approx 5mi NNW of Keota in northeast Weld county at 6:37am. No damage, no injures. #COwx

The tornado did not cause any damage or injuries, the NWS said.

NWS meteorologist Kyle Fredin told KMGH tornadoes don’t typically occur that early in the day. The National Severe Storms Laboratory says that tornadoes can occur at any time of the day throughout the year, but most occur between 4 and 9 p.m.

The nighttime or early-morning tornadoes are often produced by so-called “nocturnal thunderstorms,” which the National Science Foundation says happen most often in June and July.

Severe thunderstorm warning now in effect until 10:30 a.m. Large hail and damaging winds with this storm that is now 9 miles west of Limon. Dangerous driving on I-70 through that area. #cowx @DenverChannel pic.twitter.com/7b4okv5nQw

Fredin told the Greeley Tribune that such storms will typically produce tornadoes every 3-5 years.

The storm that spawned the tornado continued to push south across Colorado’s eastern plains Wednesday morning, dropping large hail and bringing damaging wind to the area.