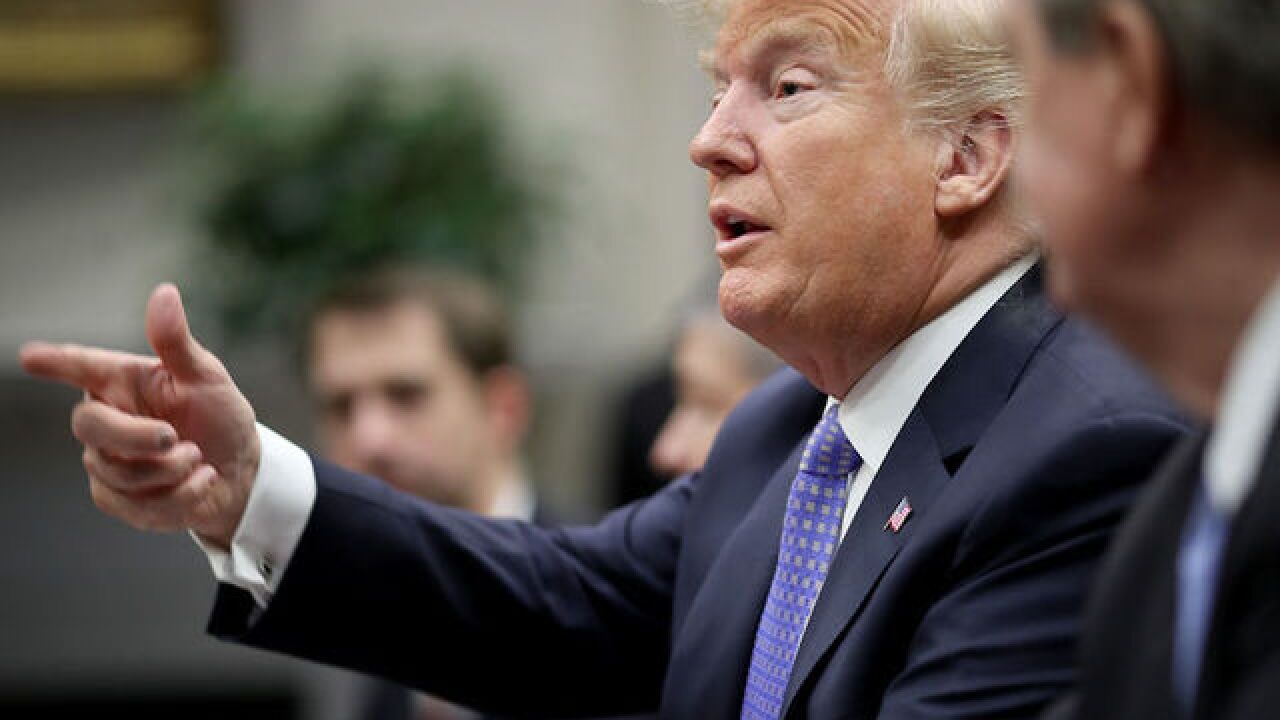 Image copyright 2018 Getty Images. All rights reserved. This material may not be published, broadcast, rewritten, or redistributed.
Win McNamee
<p>U.S. President Donald Trump meets with members of Congress and administration officials to discuss the Foreign Investment Risk Review Modernization Act in the Roosevelt Room at the White House August 23, 2018 in Washington, DC.</p>

President Donald Trump on Friday responded to Jeff Sessions' defiance over the handling of the Justice Department by resuming his remarkable public hammering of the attorney general and suggesting Sessions pursue the White House's political opponents.

"Jeff, this is GREAT, what everyone wants, so look into all of the corruption on the "other side" including deleted Emails, Comey lies & leaks, Mueller conflicts, McCabe, Strzok, Page, Ohr...FISA abuse, Christopher Steele & his phony and corrupt Dossier, the Clinton Foundation, illegal surveillance of Trump Campaign, Russian collusion by Dems - and so much more. Open up the papers & documents without redaction? Come on Jeff, you can do it, the country is waiting!" Trump wrote on Twitter Friday morning.

He also called the punishment for National Security Agency leaker Reality Winner "'small potatoes' compared to what Hillary Clinton did," seemingly referring to Clinton's use of a private email server.

Winner, a former government contractor, was sentenced Thursday to more than five years in prison for leaking a classified NSA memo about a 2016 Russian cyberattack to the media.

Trump has frequently criticized Sessions since taking office and often expresses frustration over the attorney general's decision to recuse himself from the Russia investigation. The President reinitiated his feud with Sessions amid a week of legal woes for him. He lashed out at Sessions in an interview with Fox News that aired Thursday, arguing that Sessions "never took control" of the Justice Department.

Sessions hit back, saying in a rare statement, "While I am Attorney General, the actions of the Department of Justice will not be improperly influenced by political considerations."

"I took control of the Department of Justice the day I was sworn in, which is why we have had unprecedented success at effectuating the President's agenda," Sessions continued.

Trump's recent ramp up of criticism against his attorney general comes after his former campaign chairman Paul Manafort was convicted of tax fraud and bank fraud and his former personal attorney Michael Cohen pleaded guilty to campaign finance violations, effectively implicating the President.