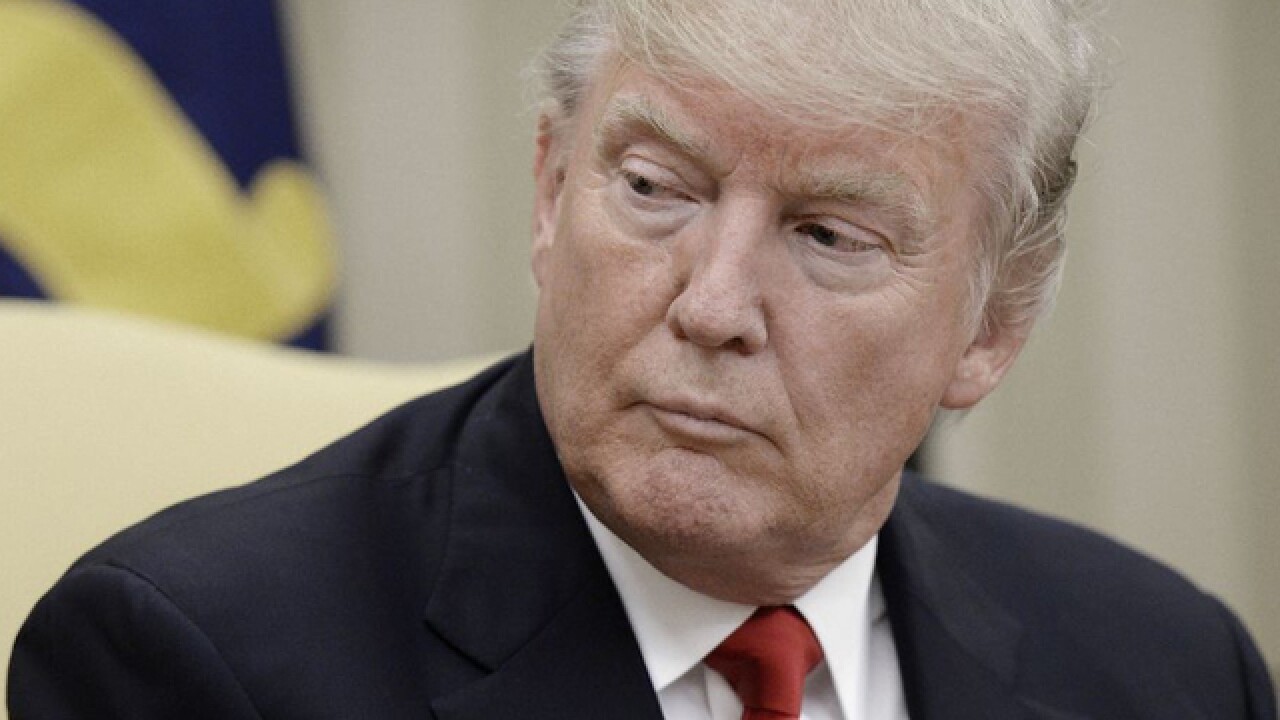 Copyright Getty Images
Pool
<p>MAY 31: USPresident Donald Trump looks on during a meeting with Prime Minister Nguyen Xuan Phuc of Vietnam in the Oval Office of the White House, on May 31, 2017 in Washington, DC.</p>

WASHINGTON (CNN) -- President Donald Trump announced his decision to withdraw the US from the Paris climate accord Thursday, a major step that fulfills a campaign promise while seriously dampening global efforts to curb global warming.

The decision amounts to a rebuttal of the worldwide effort to pressure Trump to remain a part of the agreement, which 195 nations signed onto. Foreign leaders, business executives and Trump's own daughter lobbied heavily for him to remain a part of the deal, but ultimately lost out to conservatives who claim the plan is bad for the United States.

"In order to fulfill my solemn duty to protect America and its citizens, the United States will withdraw from the Paris climate accord but begin negotiations to reenter either the Paris accord or an entirely new transaction under terms that are fair to the United States," Trump said from the White House Rose Garden.

"We're getting out. And we will start to renegotiate and we'll see if there's a better deal. If we can, great. If we can't, that's fine," he added.

In triggering the official withdrawal procedures, Trump will spark a lengthy process that won't conclude until November 2020 -- the same month he's up for reelection, ensuring the issue becomes a major topic of debate in the next presidential contest.

"As someone who cares deeply about our environment, I cannot in good conscience support a deal which punishes the United States," he said. "The Paris accord is very unfair at the highest level to the United States."

The White House began informing members of Congress Thursday afternoon that Trump planned to pull out of the US from the landmark agreement, according to a congressional source.

In talking points delivered to Trump's allies, the White House characterized the Paris agreement as a job killer that placed undue burdens on American taxpayers.

"The Paris Accord is a BAD deal for Americans, and the President's action today is keeping his campaign promise to put American workers first," the talking points read. "The accord was negotiated poorly by the Obama administration and signed out of desperation. It frontloads costs on the American people to the detriment of our economy."

Trump and Vice President Mike Pence were calling lawmakers, including House and Senate leaders, in the hours leading up to the announcement to get input on his climate decision, a Republican source said.

The President campaigned against the climate agreement last year as a candidate, and those close to him said he was insistent upon fulfilling his promises, despite urging from some members of his own administration to remain in the agreement.

"The agreement doesn't eliminate coal jobs, it just transfers those jobs out of the United States and ships them to foreign countries," Trump said from the Rose Garden. "This agreement is less about the climate and more about other countries gaining a financial advantage over the United States."

A person familiar with Trump's thinking said the President was convinced he needed to withdraw from the pact, and there was little chance of talking his out of it.

Opponents of the move say it threatens to isolate the United States in a global effort to curb the warming of the planet, and leave an opening for countries like China to fill the leadership void.

The uncertainty over Trump's decision has lent the Paris announcement a reality show-like air, with Thursday's unveiling a finale to a months-long debate that has split members of the President's inner circle and led to deep consternation from global allies.

Trump, a former reality star himself, advertised the announcement in a tweet late Wednesday. Earlier in the day, he told reporters he was "hearing from a lot of people both ways."

Trump had several options for withdrawal, ultimately choosing a step that bridged a divide between remaining in the accord and a drastic, immediate withdrawal from the entire United Nations climate change treaty.

As news emerged Wednesday that Trump planned to quit the Paris deal, business leaders and foreign heads-of-state began castigating the decision as a woeful abandonment of US leadership. Elon Musk, the chief executive of Tesla, said he would resign from White House business councils if Trump followed through. Apple CEO Tim Cook also urged Trump to reconsider.

Inside the West Wing, attempts to sway Trump's thinking also continued apace. Trump's daughter and senior adviser, Ivanka, has worked to ensure her father heard pro-Paris voices over the last several months, and has continued to press for a decision short of a full withdrawal.

Ivanka Trump and her allies, including Secretary of State Rex Tillerson and Trump's chief economist Gary Cohn, have pressed Trump to alter the US commitments to the Paris agreement without fully pulling out of the accord.

But anti-Paris voices, led by chief strategist Steve Bannon and EPA administrator Scott Pruitt, appeared to win out. In conversations with his advisers, Trump has cited the affect a withdrawal would have on the states where he won by the largest margins, including in the Rust Belt and the western plains.

That's a reflection of Trump's "America First" governing policy, which he's sought to bolster since taking office. Trump was pressured heavily by his foreign counterparts during last week's G7 meetings in Sicily to remain in the deal, but his advisers say he felt little obligation to concede to that point of view.

On Wednesday, global figures began reiterating their own commitment to the Paris deal as Trump prepared to withdraw. Chinese premier Li Keqiang, visiting Germany, said his country would remain committed to combating climate change, despite US moves.

And European Commission President Jean-Claude Juncker declared Europe was ready to act as a global climate leader in the US absence.

"The vacuum that would be created has to be filled, and Europe has aspirations for a natural leadership in this whole process," he said in Berlin.