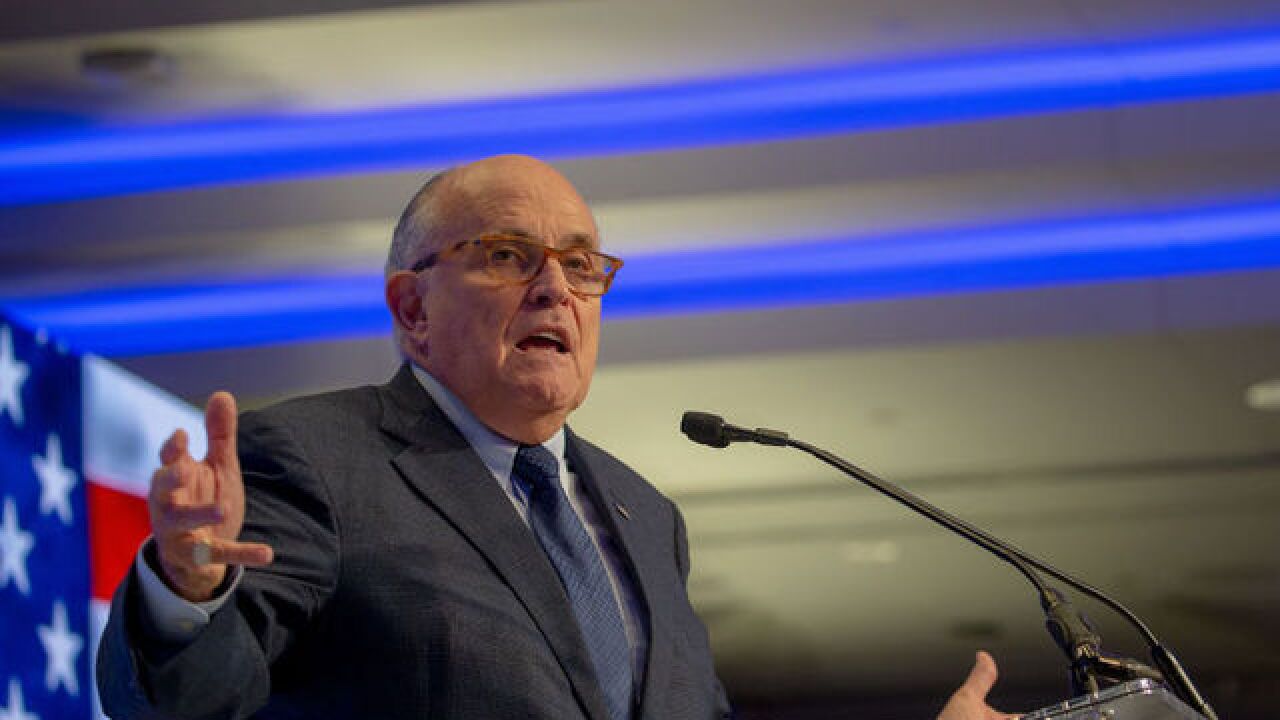 Image copyright 2018 Getty Images. All rights reserved. This material may not be published, broadcast, rewritten, or redistributed.
Tasos Katopodis
<p>Latest appointee to President Donald Trump's legal team and former Mayor of New York City Rudy Giuliani speaks at the Conference on Iran on May 5, 2018 in Washington, DC. </p>

Giuliani, Trump's attorney, confirmed to CNN that Mueller's office shared its timeline with him about a month ago.

The former New York mayor said, however, that Mueller gave him the information within the context of a discussion about whether Trump would do an interview with the special counsel. Giuliani said the impression he got was that Mueller was saying if the President did do an interview, then the investigation into Trump's actions, including any potential obstruction of justice or possible collusion with Russia's interference in the 2016 election, could be wrapped up by that date.

Giuliani said he did not see Trump doing an interview with Mueller unless he had access to details about a confidential FBI source that spoke with some aides to Trump's presidential campaign about its possible ties to Russia.

Trump has suggested the source was planted in the campaign to spy on it -- something US officials have told CNN is not the case -- and on Sunday demanded his Justice Department look into whether anything like that occurred for political reasons.

The release of documents related to the source, which some Republican lawmakers are also demanding, "would also help the possibility of an interview because I can't imagine we'd allow an interview under the circumstances that there was some kind of informant that planted in our campaign that we didn't know about," Giuliani said, telling CNN that he, too, would want access to the information.

Giuliani also said the date by which Mueller could end his investigation into Trump could be different now because the discussion with Mueller was a month ago.

The New York Times first reported on Mueller's time frame. Giuliani warned in the Times' report that a lengthy investigation could affect the midterm elections this fall.

"You don't want another repeat of the 2016 election where you get contrary reports at the end and you don't know how it affected the election," Giuliani told the newspaper.

An end to one part of the investigation would not be an end to the special counsel's full investigation, which includes examining alleged Russian influence in the 2016 election.

Giuliani told CNN on Friday that Mueller agreed to narrow the scope of a potential interview with Trump as the special counsel investigation continued to seek a sit-down with the President.