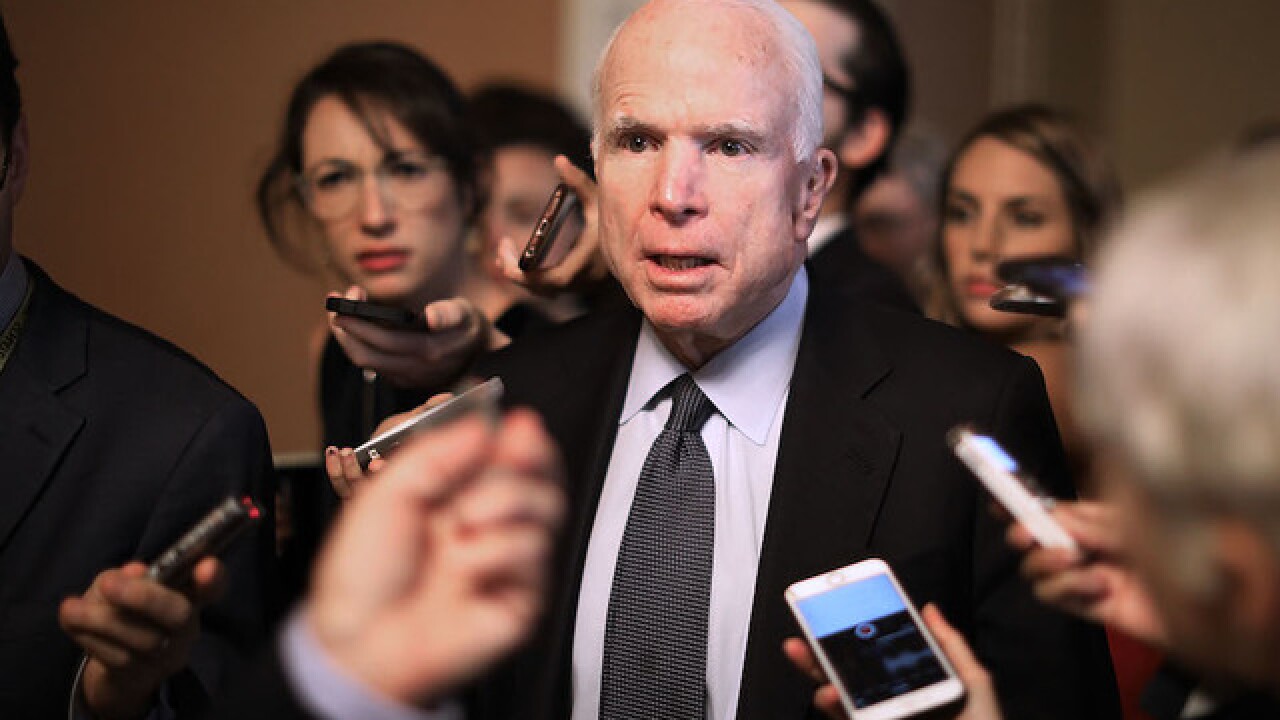 More than 2 million views have been earned by a video in which the CNN Network broke down "19 seconds of drama" when Sen. John McCain cast his vote against the "skinny repeal" of Obamacare.

He instructed them to "watch the show."

McCain killed his party's narrowly-crafted Obamacare repeal bill not because he was opposed to dismantling the Affordable Care Act, but because he fundamentally believed the process — the lack of hearings, the one-party, closed-door negotiations, the fact that in the end all that Republican senators could agree upon was a shell of the plan they'd promised — was flawed.

It was a result that may have been hinted at earlier in the week.

Less than two weeks after surgery to remove a blood clot revealed McCain had brain cancer, the Arizona Republican — still with a visible scar above his eye — traveled 2,000 miles from Phoenix and returned to a hero's welcome Tuesday in the Senate, where he delivered an epic 15-minute speech that rattled the conscience of the body.

It was a fiery and intense lecture on the shortcomings of bypassing "regular order" and turning your back on compromise. But moments earlier, McCain had delivered a decisive vote to advance a health care bill that was still an uncertain product at that point, a kind of blessing for the type of secretive negotiations he'd just decried.