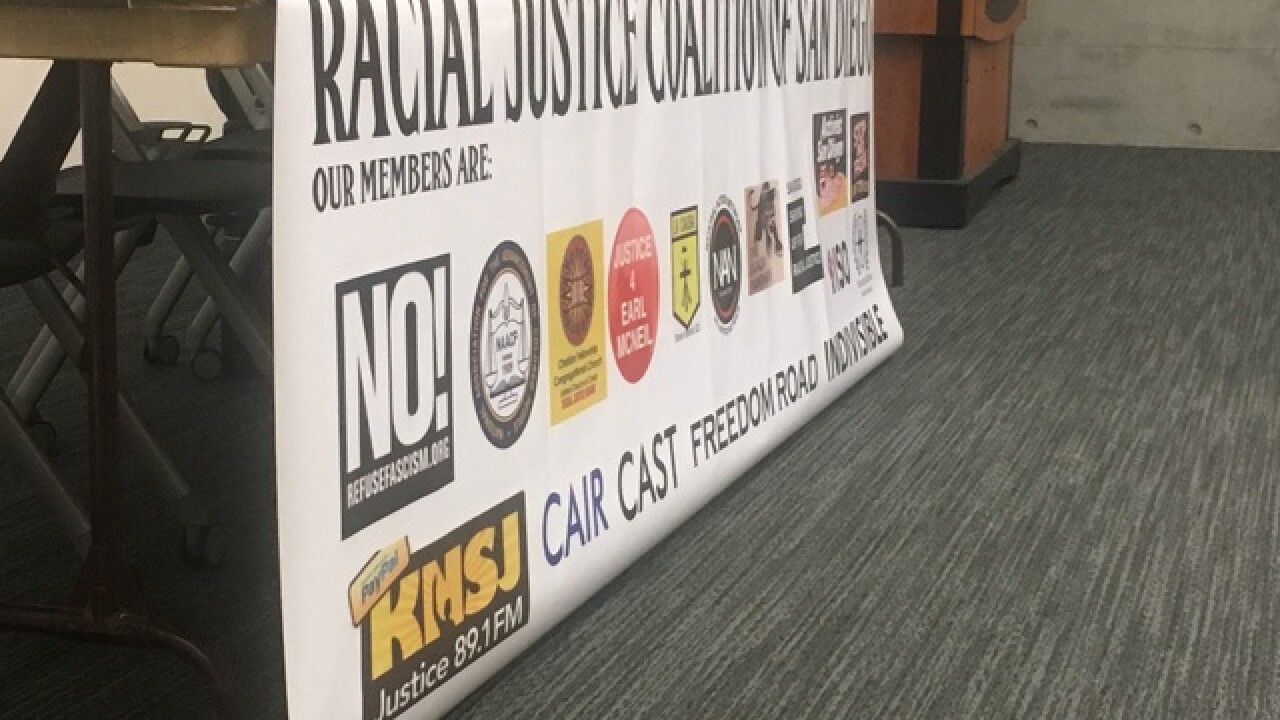 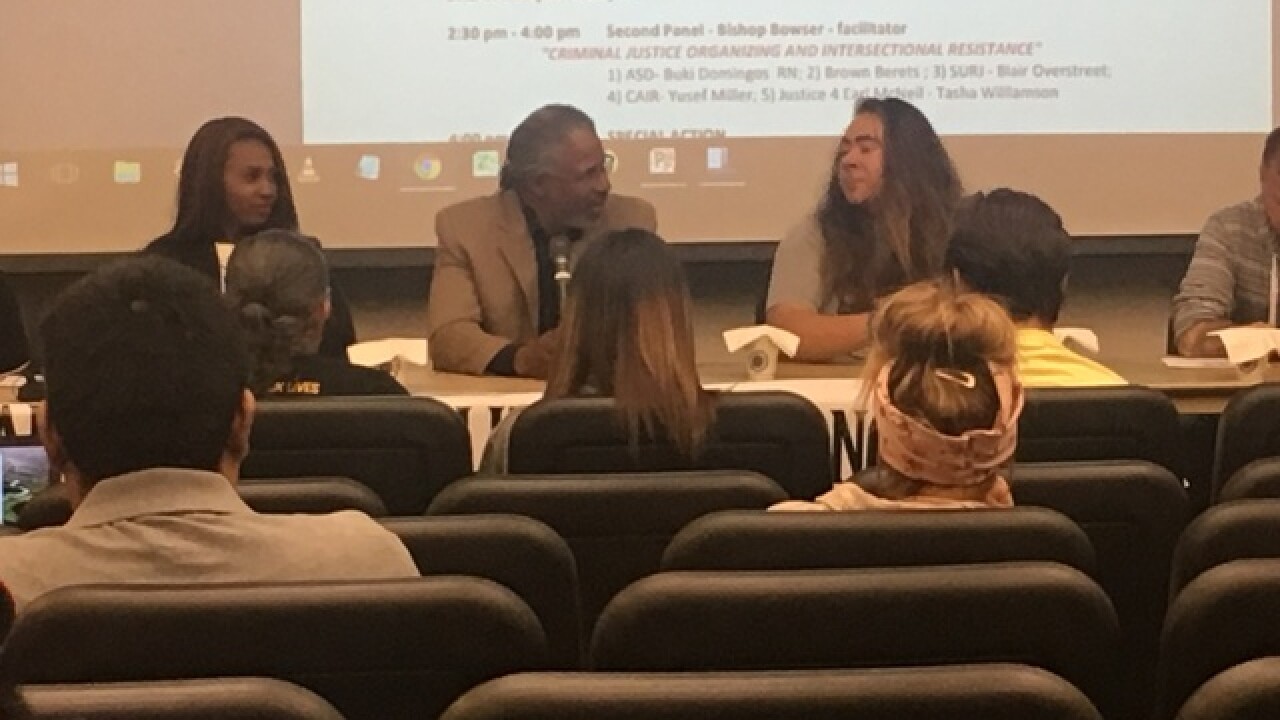 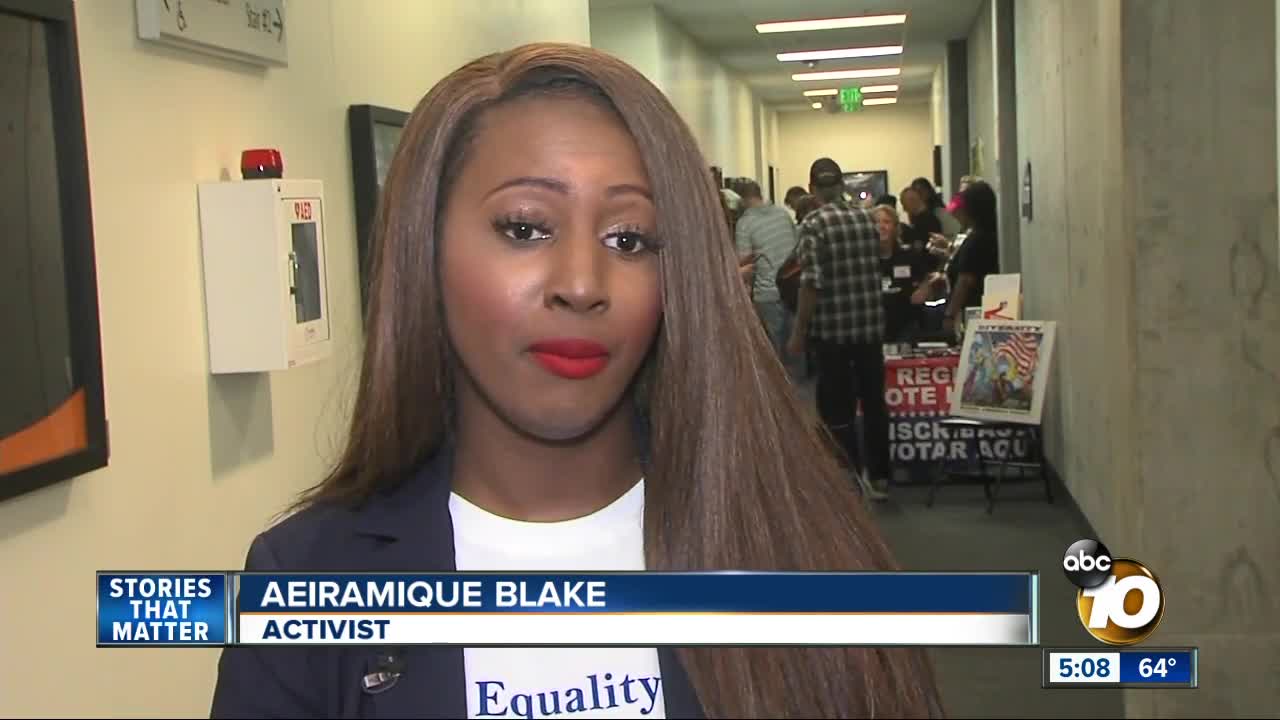 SAN DIEGO (KGTV) - Monday activist groups rallied at events throughout the day with the same message, more needs to be done to stop police brutality.

"My son was not killed he was murdered," Richard Abuka's son, Alfred Olango, was shot and killed by police in El Cajon back in 2016.

Monday morning he stood on the steps of the Hall of Justice with other activists dredging up tragedy, compelling people to hear their message that new policies to hold police accountable need to be put in place. They held a banner with the names of those lost at the hands of law enforcement throughout the county.

"I've been pulled over numerous times, ripped out of my car, my car searched just because I'm driving with tattoos," a former convict by the nickname "Flaco" said at the Teach-In event held at San Diego City College.

The events all supporting the National Day of Actions to Stop Police Brutality.

"We don't need cops," panelists spoke on ways to find a solution.

"I do work with the police and the DAs department in training their officers, and I help run a restorative justice program that's city wide and I'm expanding it to county wide," Aeiramique Blake said. Blake says she faces five counts of resisting arrest and threatening an officer for peacefully protesting.

Those in attendance at the Teach-In, in agreement more needs to be done.

The groups say there has been 155 police involved shootings from 2005-2015 and no officers were convicted.

The DA said they charged SDPD officer Frank White, but later reports show he was acquitted of all charges.

San Diego Police sent this statement to 10News when asked if they've changed any policies relating to police brutality:

"We support every citizen's right to protest the cause of their choice.  Our goal is to provide a safe environment for everyone to exercise their 1st Amendment Rights."

"I will burn your wall down, I will. (Applause) You know I will, but I'll build a bridge when you're ready," Blake said.

A rally is scheduled to start at San Diego City College around 4 p.m. followed by a candle-light march that will end up on University Avenue on the I-15 overpass.