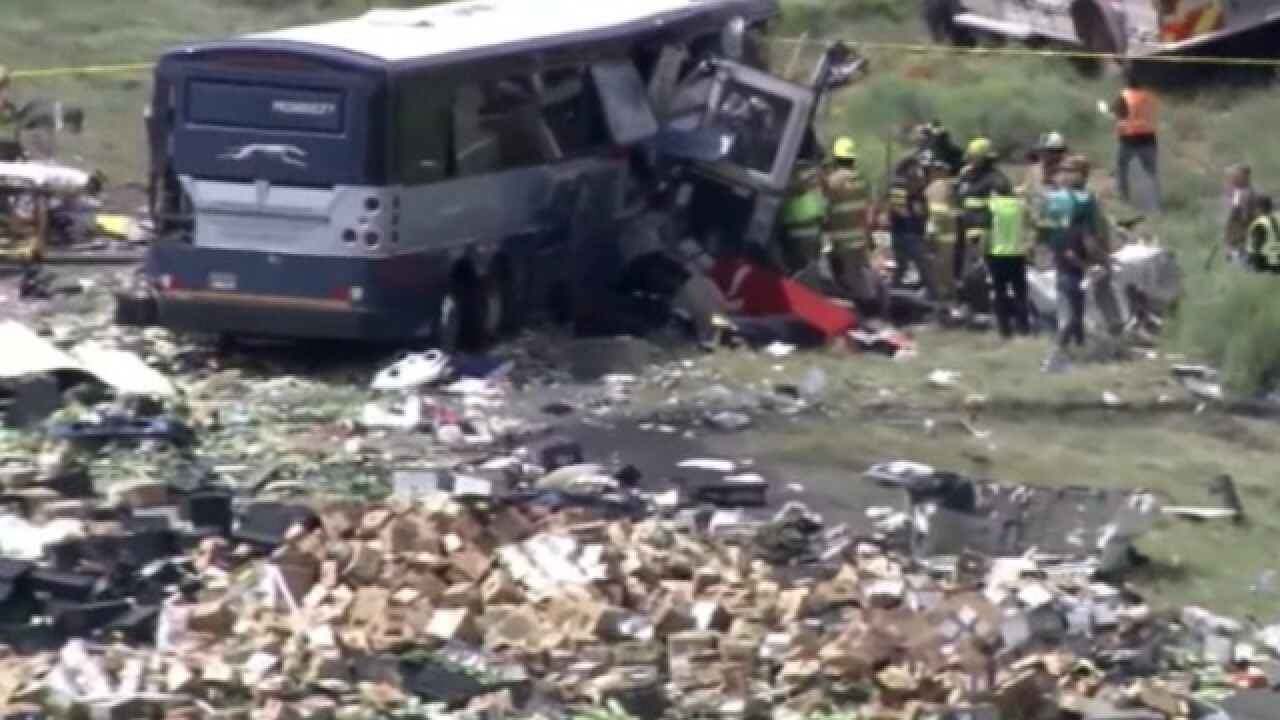 Copyright 2018 Scripps Media, Inc. All rights reserved. This material may not be published, broadcast, rewritten, or redistributed.
<p>Courtesy: KOAT</p>

New Mexico State Police did not say how many people died or how many were injured in Thursday's crash.

They said passengers were transported to a hospital and a phone number was set up for family members seeking more information about people who were aboard the bus.

The wreckage included a Greyhound bus with front-end damage and a semi-truck that was on its side and with its cargo strewn across the highway and the median.

Greyhound says the bus was heading from Albuquerque to Phoenix and there were 47 passengers on board.

Spokeswoman Crystal Booker says it's unclear what caused the crash.

The crash forced the closure of the westbound lanes of the interstate and traffic was backing up as travelers were being diverted.