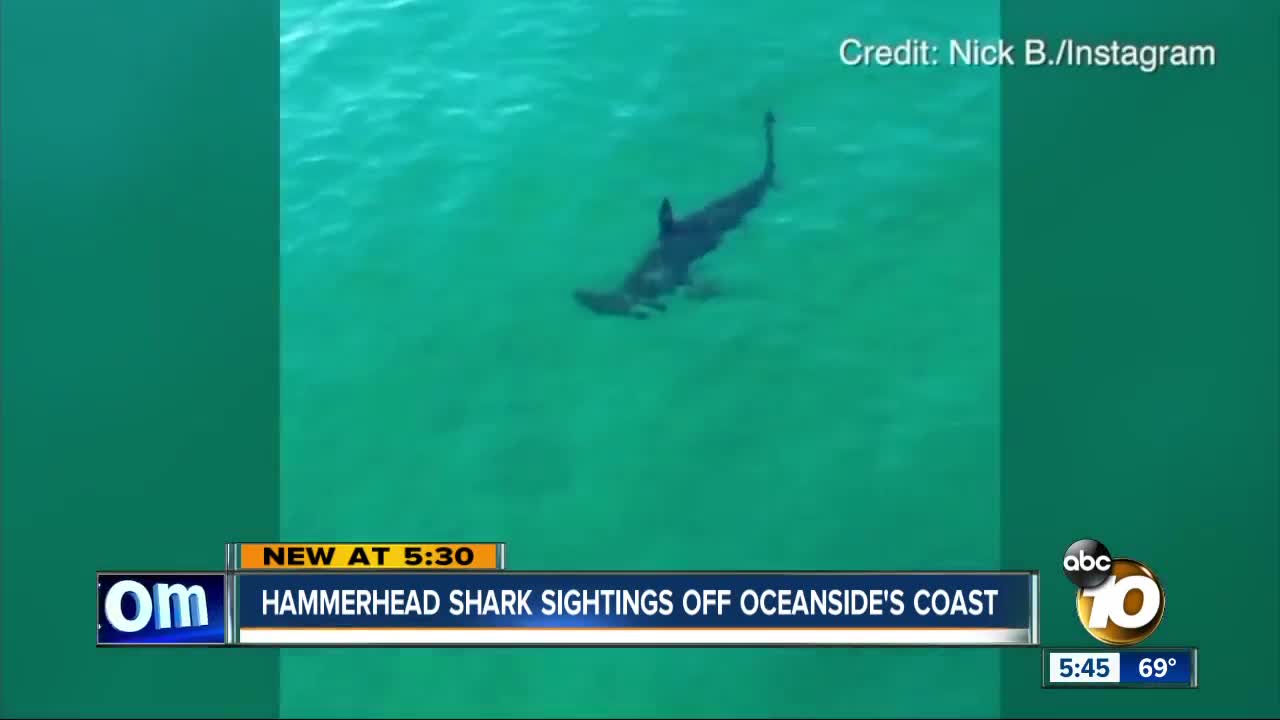 Hammerhead shark sightings off the coast of Oceanside are on the rise. 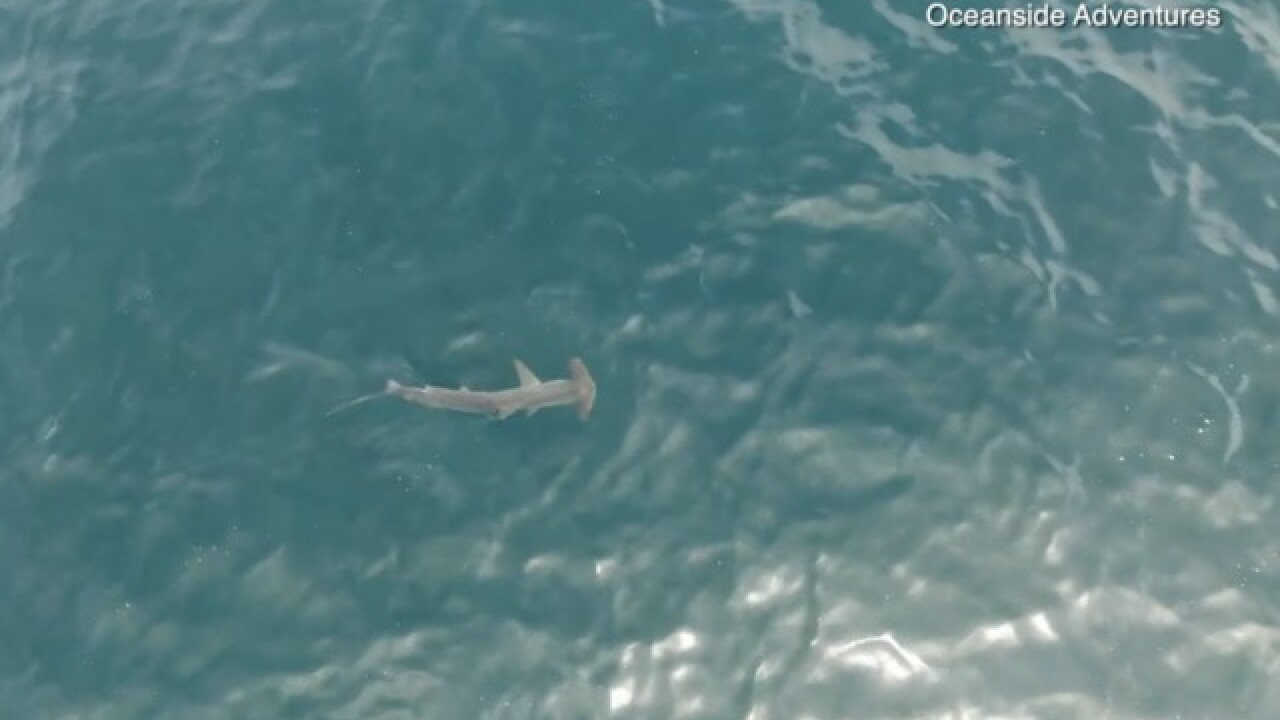 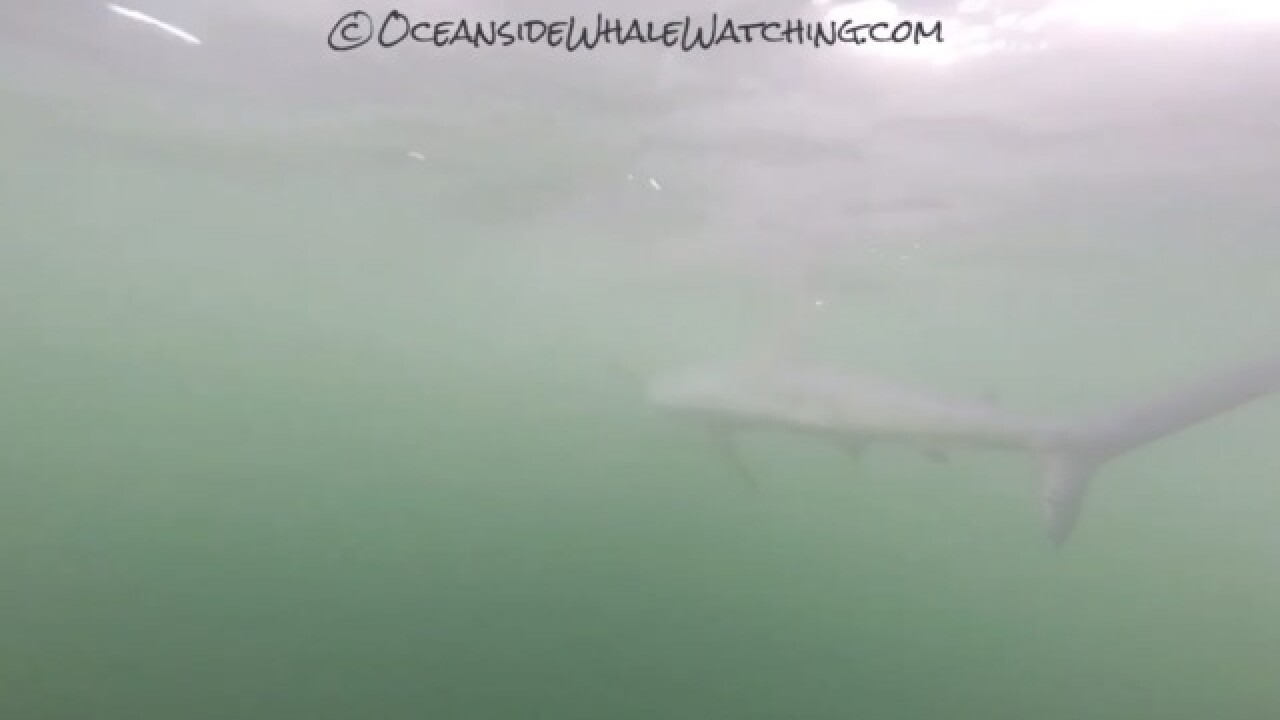 Shark researcher Ralph Collier says hammerheads are typically found in Baja but that their territory is expanding with the warmer waters. He says they come up north to feast on bat rays and will stay here until the water temperature cools down.

Oceanside Adventures captured footage of recent shark sightings with help from a Go Pro and drone.

Hansen says their shark sightings have been a safe distance from beach-goers, one to four miles offshore. So far he's only had to alert lifeguards once to a shark approaching too close.

Last month lifeguards did shut down the beach for a short time after spotting a 9-foot long hammerhead 100 yards offshore.