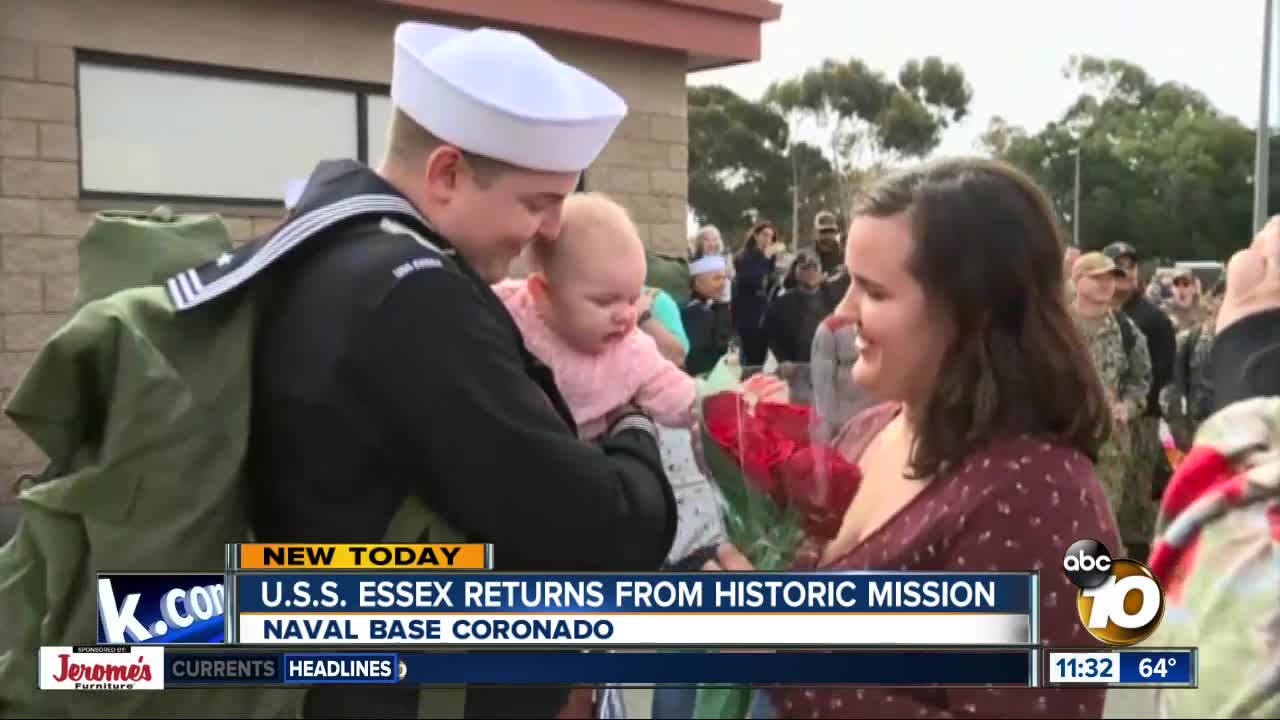 The ships came home to Naval Base Coronado. 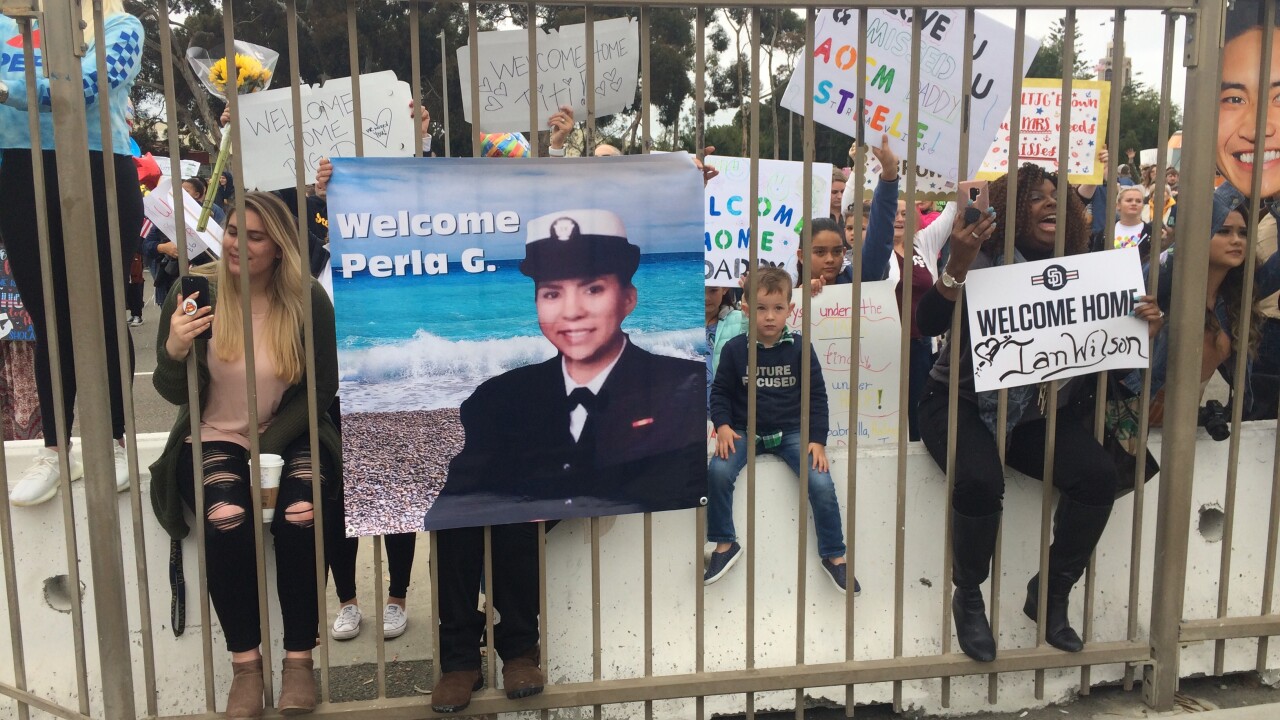 SAN DIEGO (KGTV) - Some 4,500 sailors and marines reunited with their families at Naval Base Coronado Friday.

Eight months ago, the Amphibious Assault Ship USS Essex and two support ships, the Anchorage and Rushmore, set sail for the Western Pacific and Middle East.

The deployment was of historic significance as the military's newest, multi-use fighter jet, the F-35B flew its first combat missions in support of U.S. troops. The Navy reported the jet supported troops in Iraq, Syria and Afghanastan but the exact nature of that support not being divulged at this point. However, the Essex commander confirmed armaments were used by the aircraft.

Fathers also met their babies in person for the first time. One dad told 10News it was impossible to put into words how good it felt to hold his new son. The infant, who seemed at ease in his father's arms, then gave a big smile.

Sailor Rhett Orth also held his baby girl for first time. His sentiment shared by many, of how hard it is to be away from home but how amazing it feels to be back. His little girl, seemly overwhelmed by the moment herself, began to cry.