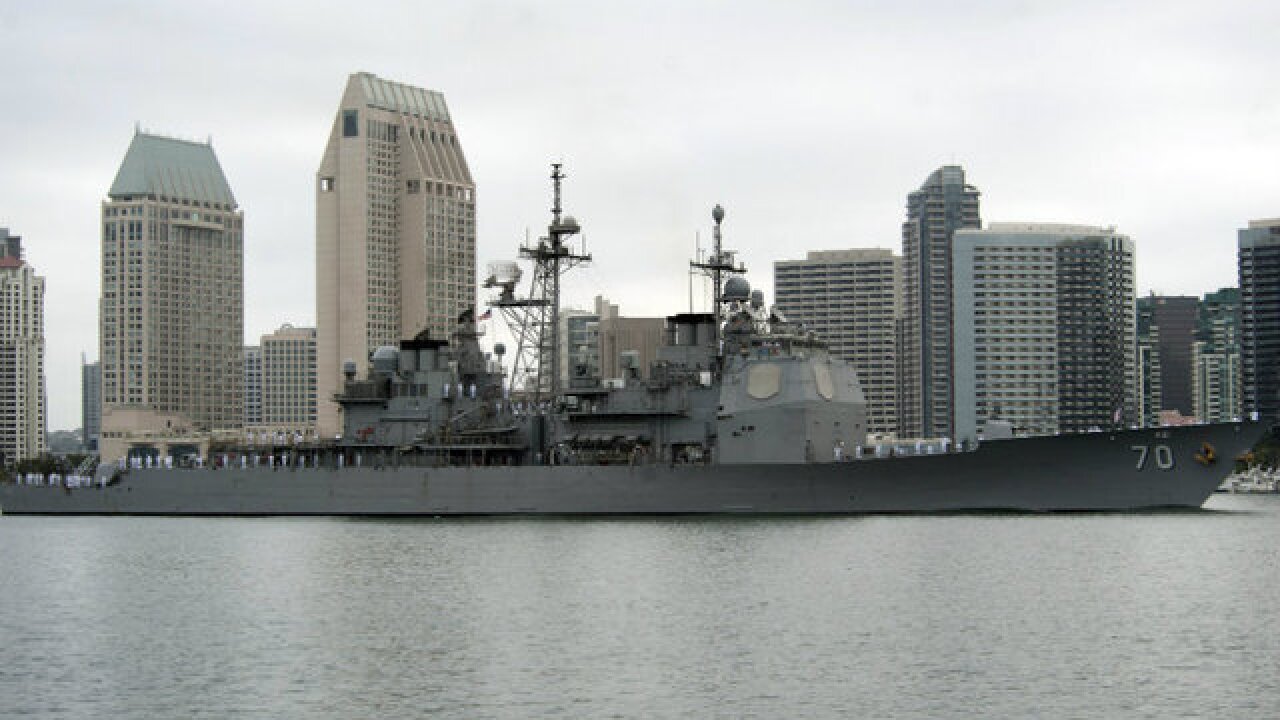 (KGTV) - Navy crews are searching for a sailor believed to have fallen overboard from the San Diego-based USS Lake Erie during operations in the eastern Pacific Ocean.

Navy officials said the sailor "failed to report for duty" at around 7 a.m. local time on Aug. 19, prompting a "man overboard" search with the John C. Stennis Carrier Group Strike Group, which is based in San Diego.

Numerous searches were carried out aboard the ship, but the sailor was not located. Coast Guard crews and Navy teams were searching the waters for the missing sailor, officials said.

Navy officials did not identify the missing sailor but confirmed that the sailor’s next of kin was notified.

The sailor's disappearance comes about a week after Camp Pendleton-based Marine Cpl. Jonathan Currier was declared missing after being reported overboard with the USS Essex, which was conducting operations in waters near the Philippines.

Currier was declared dead on Aug. 17 after the search was called off.