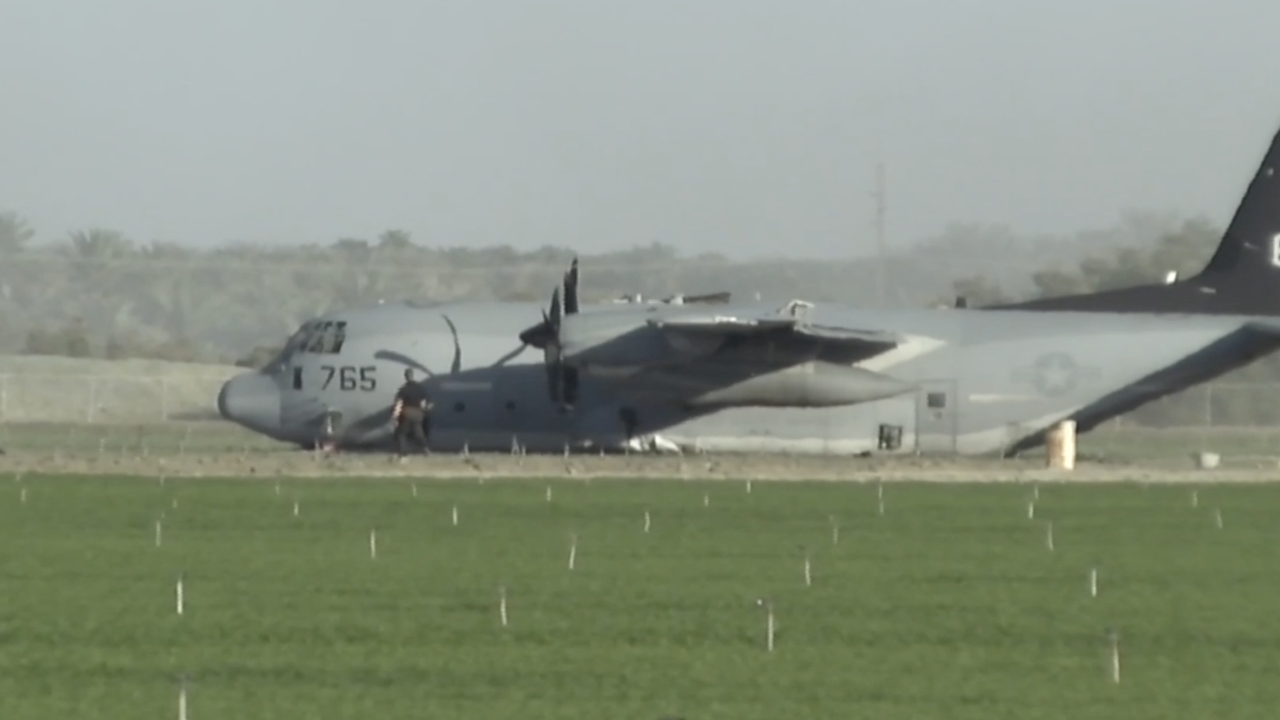 SAN DIEGO (AP) — Marine Corps officials say the pilot of a fuel tanker showed impressive skills when he touched down safely in a remote area of California and prevented injuries among the seven other crew members after a mid-air collision with a fighter jet.

A Marine Corps spokesman said Wednesday it's unclear what happened to cause the F-35B to collide with the KC-130J tanker near the town of Thermal in the late afternoon Tuesday.

The jet was refueling when the collision occurred. The tanker came in on its belly in a field.

"It was an impressive maneuver bringing it down safely by force," 1st Lt. Brett Vannier, a spokesman at Marine Corps Air Station Yuma, told the AP. "His skills kind of speak to itself just in the fact that everyone survived."

"I think the KC-130 crew did a masterful job of airmanship to get that baby down," added aviation safety consultant and retired Marine Corps Col. Pete Field, a former director of the Naval Test Pilot School.