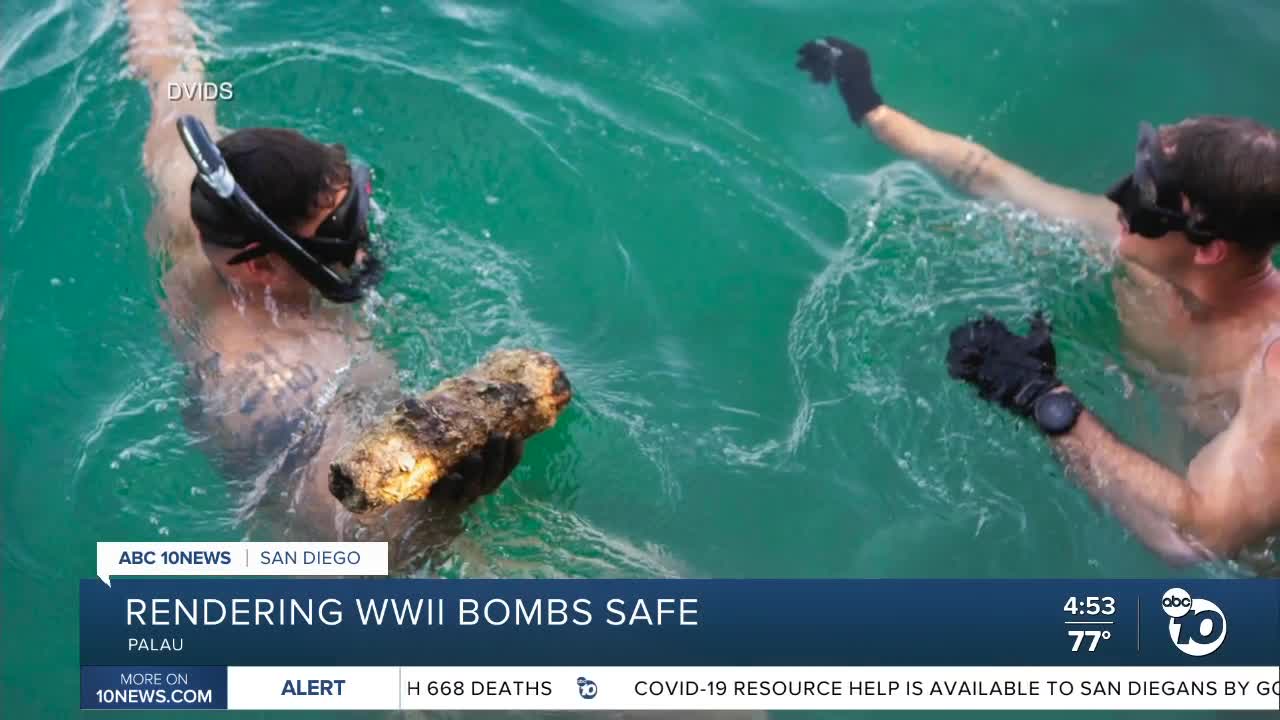 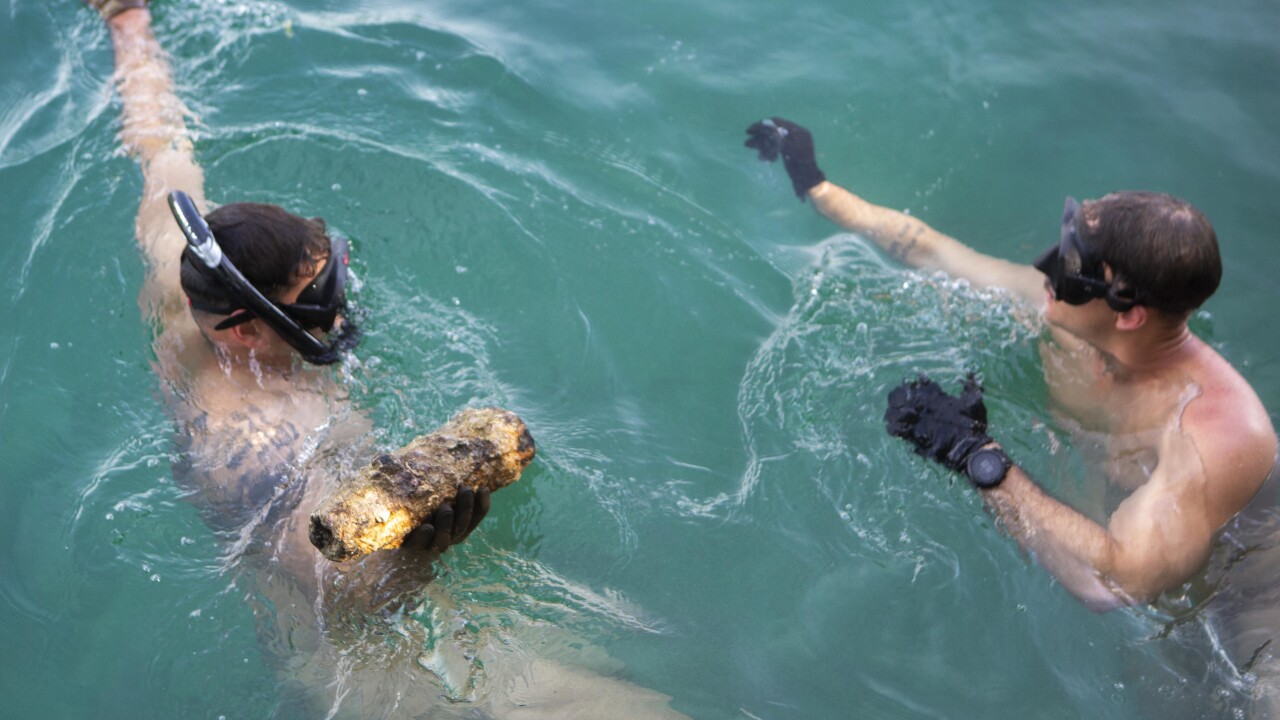 CAMP PENDLETON, Calif. (KGTV) - Marines and Sailors are finding and rendering WWII bombs safe in the Republic of Palau.

Back in September of 1944, the U.S. attacked Peleliu, an island in the Pacific Ocean. It was Japan's second line of defense in WWII and a hop away from the Philippines.

"There was a lot of casualties in the Battle of Peleliu, which is one of the islands here in Palau," First Class Navy Diver Alexander Grun said.

About 1,500 U.S. and 11,000 Japanese soldiers died in that battle, but the war is still taking casualties today.

Dozens of bombs were left on the islands only to be discovered decades later, often by accident.

The U.S. hand picked about 100 Marines and Sailors, many from Camp Pendleton and 3rd Marine Aircraft Wing in San Diego, for Task Force Koa Moana, which translates to Ocean Warrior.

One of the missions of the task force is to find and render those bombs safe.

"We have robots that are able to search the beach for us now." Grun said they search as deep as 40 feet in the ocean for these bombs.

They arrived July 21 and, according to Grun, found six bombs on the beach.

"We were able to recover three of them, but three were mines, Japanese mines, that we didn't want to mess with. They were too big," Grun said.

The team flagged the bombs' location and will come back on future missions with more equipment to recover them.

Grun said when they find a bomb, they deactivate it or, "if it's going to detonate, we make sure everyone's away and do a hard pull. If it detonates, it detonates, if not, they go through a whole procedure and render it safe."

They hope to protect Palauans and get home safe to their families.

"I want to say hello to my family out in San Diego in El Cajon," 1st. Lt. Joseph Sporleder, Communications Officer said. He has a brand new baby and wants to tell his wife and children he loves them.

Sporleder said the island is rich with history and it has been incredible seeing old tanks, railway embedded in coral and other remnants of the war.

Grun also had a message to his family in Santee, "I love you guys and I'll be home soon."

According to the Marines' website, the task force will leave Palau in September.