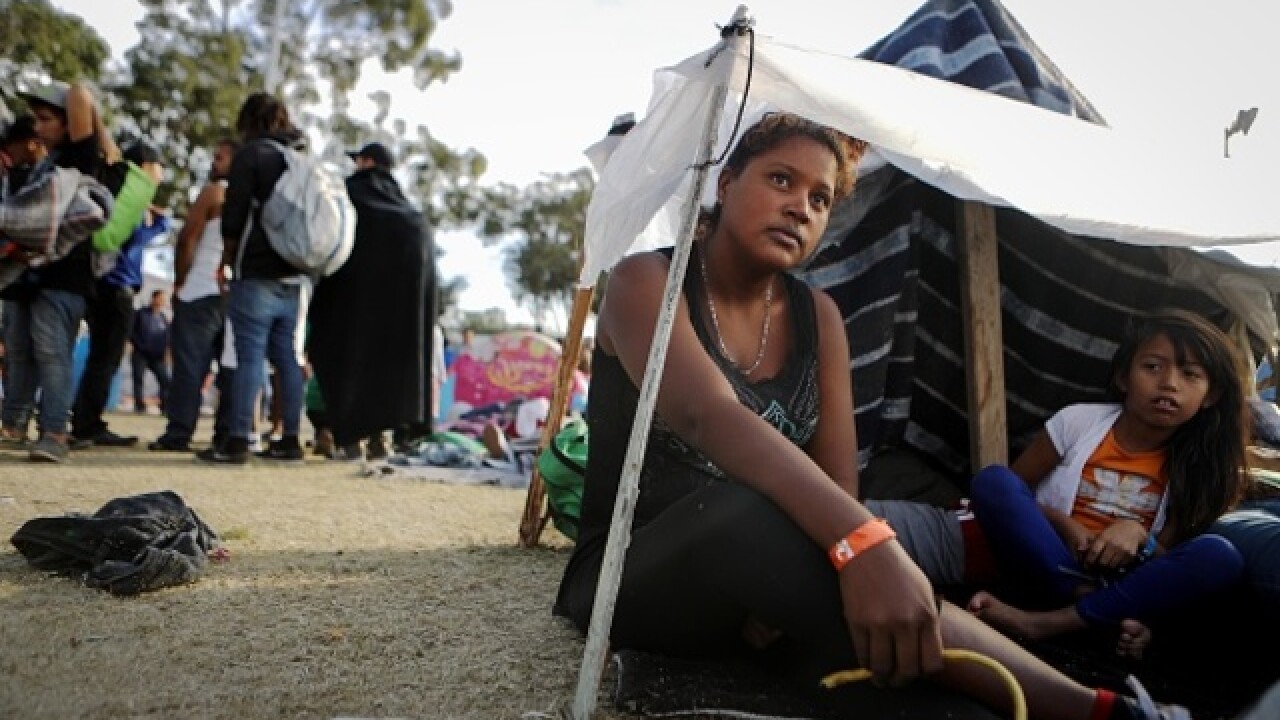 Copyright 2018 Scripps Media, Inc. All rights reserved. This material may not be published, broadcast, rewritten, or redistributed.
Mario Tama
TIJUANA, MEXICO - NOVEMBER 23: Honduran mother Nubia (C) holds her son Wilmar, 5, as they wait in line for information about applying for asylum in the U.S. on November 23, 2018 in Tijuana, Mexico. They traveled for 43 days in the 'migrant caravan' before arriving in Tijuana. (Photo by Mario Tama/Getty Images) 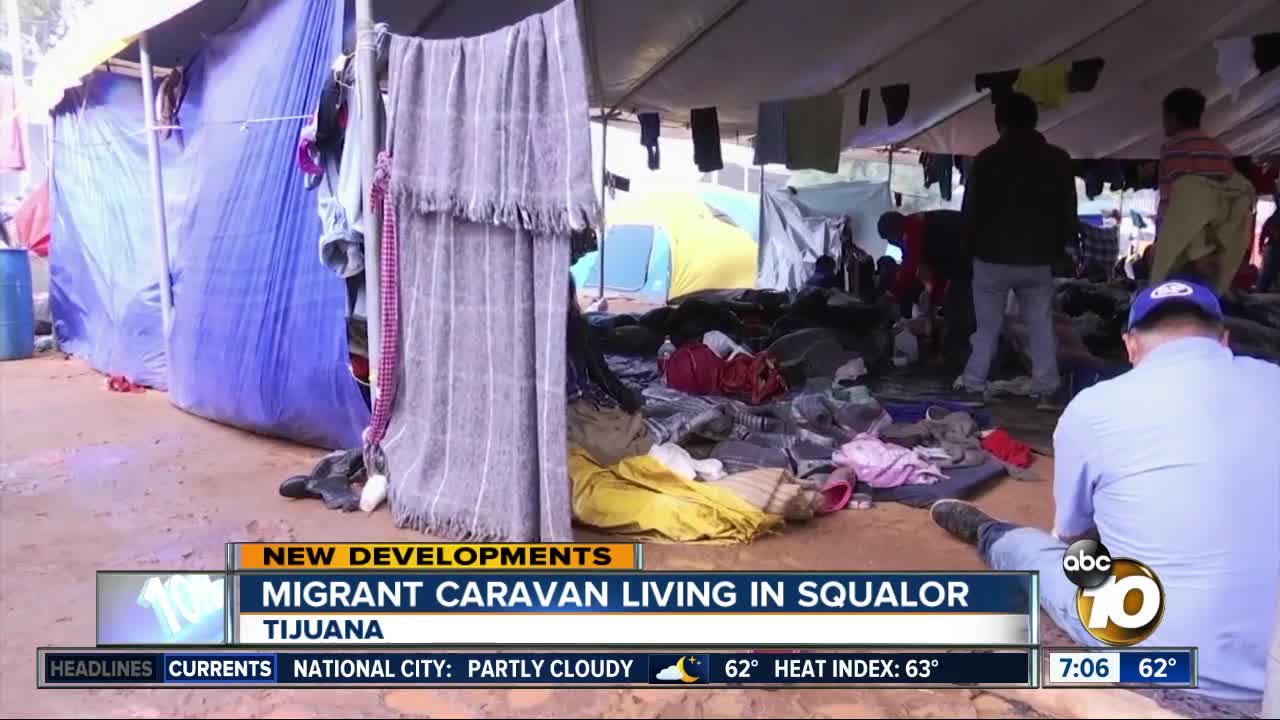 TIJUANA, Mexico (KGTV) — Health conditions continue deteriorating Friday in Tijuana where thousands of migrants are camping, contributing to the opening of a second shelter 45 minutes away.

The new shelter in an area known as El Barretal has a roof, dry floor and can house 3,000 migrants, Rodolfo Olimpo, a representative from Baja California State's Special Committee on Migration Issues said.

Friday, about a thousand were shuttled by bus to the new shelter. There are no lighting fixtures, but migrants are using portable lights as well as flashlights.

In the first shelter, the floor is mud, puddles everywhere and the entire area is littered with junk. One man brushed his teeth over a muddy puddle.

10News Reporter Laura Acevedo went to Tijuana Thursday and spoke with the migrants living in squalor. One woman from Honduras, Leida Reyes, told her she thinks this is better than what they lived with back home.

She said she couldn't walk around freely without fear, her children never attended school because it was too dangerous.

When asked about the President's hard stance on migrants, she said she thinks he'll have a change of heart when he understands they're coming from a country that they can no longer live in safely.

Reyes has been in TJ for about 20 days and is waiting for her number to be called so her case for asylum can be processed.

No one has stated how long either shelter will be in place.