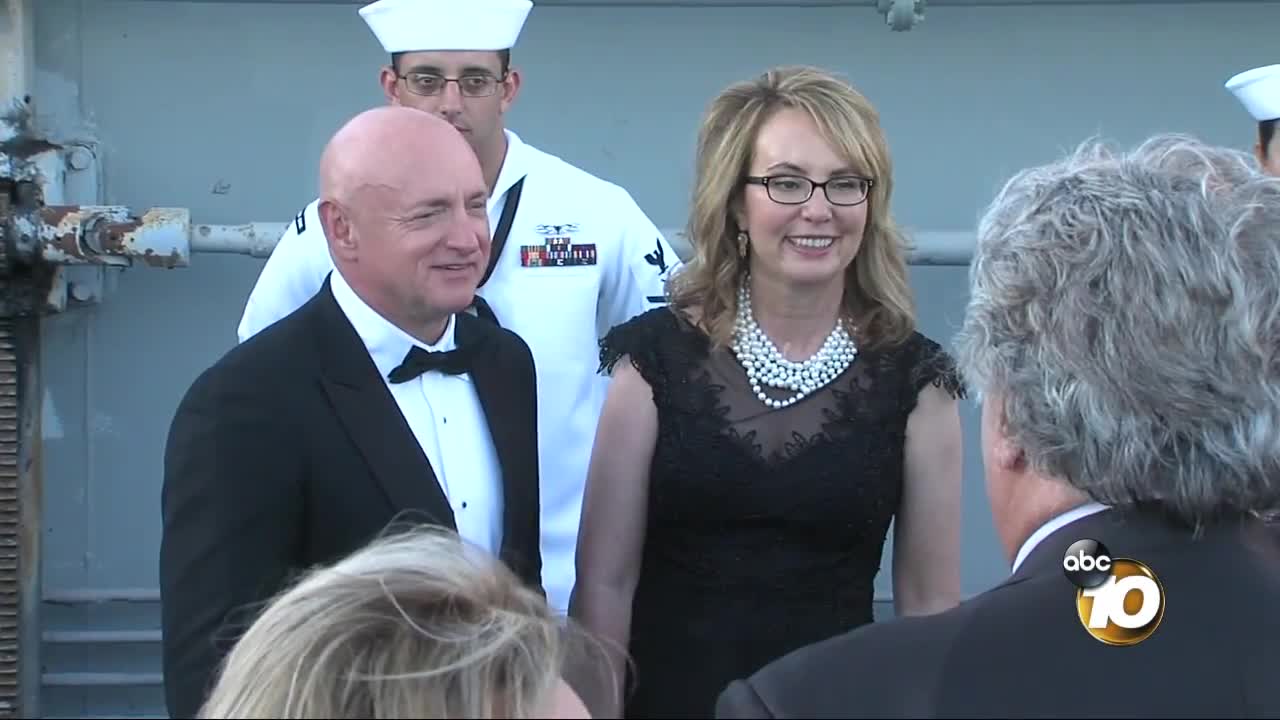 Astronaut Mark Kelly, who received an award aboard the USS Midway, spoke about his time serving aboard the aircraft carrier during Operation Desert Storm. 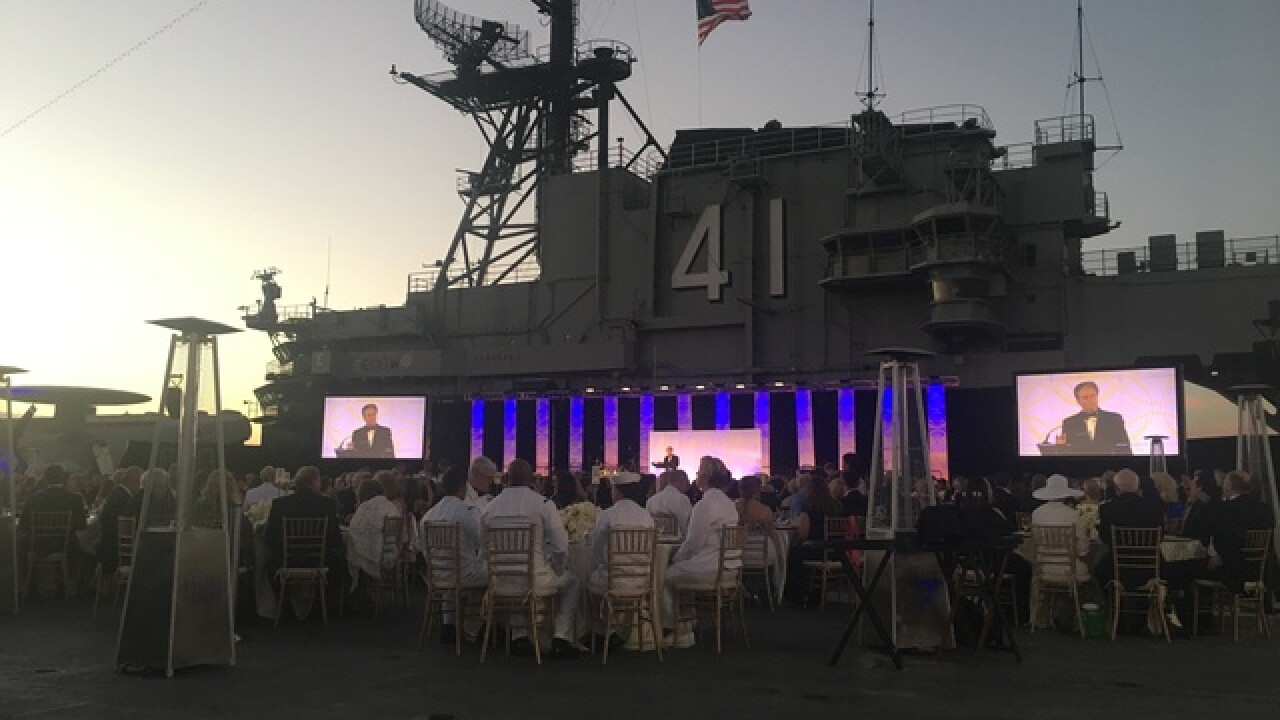 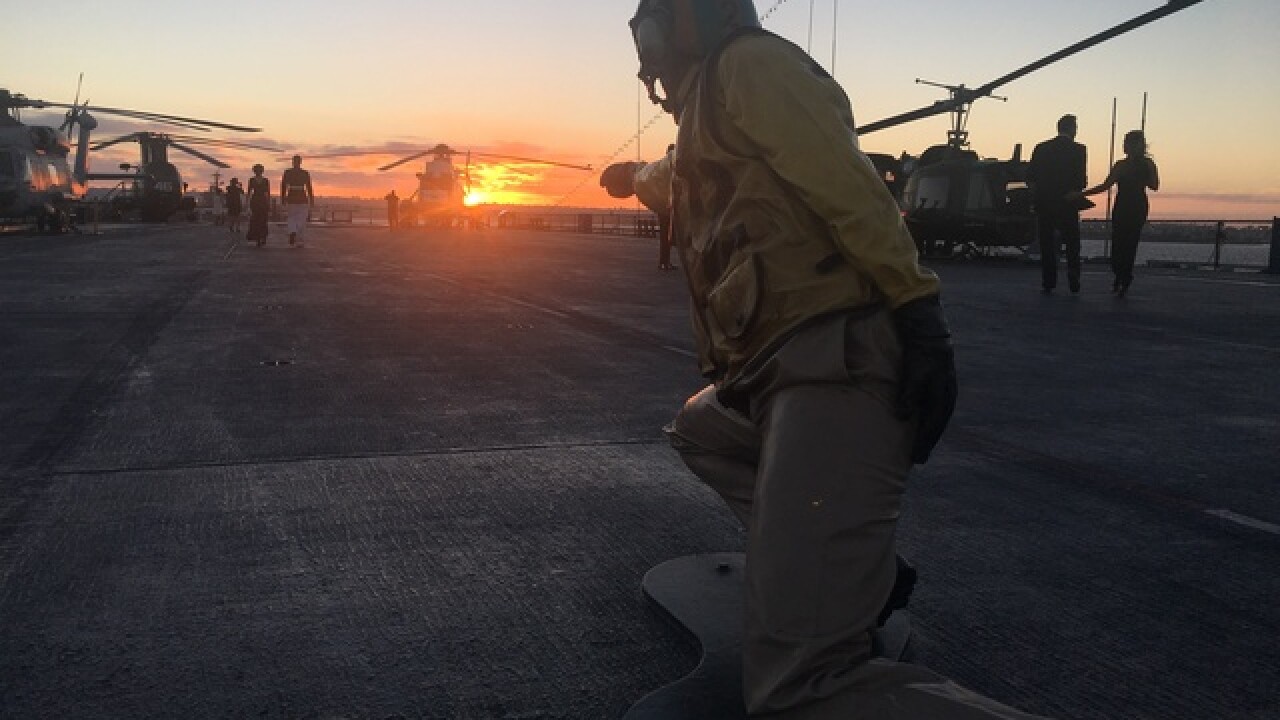 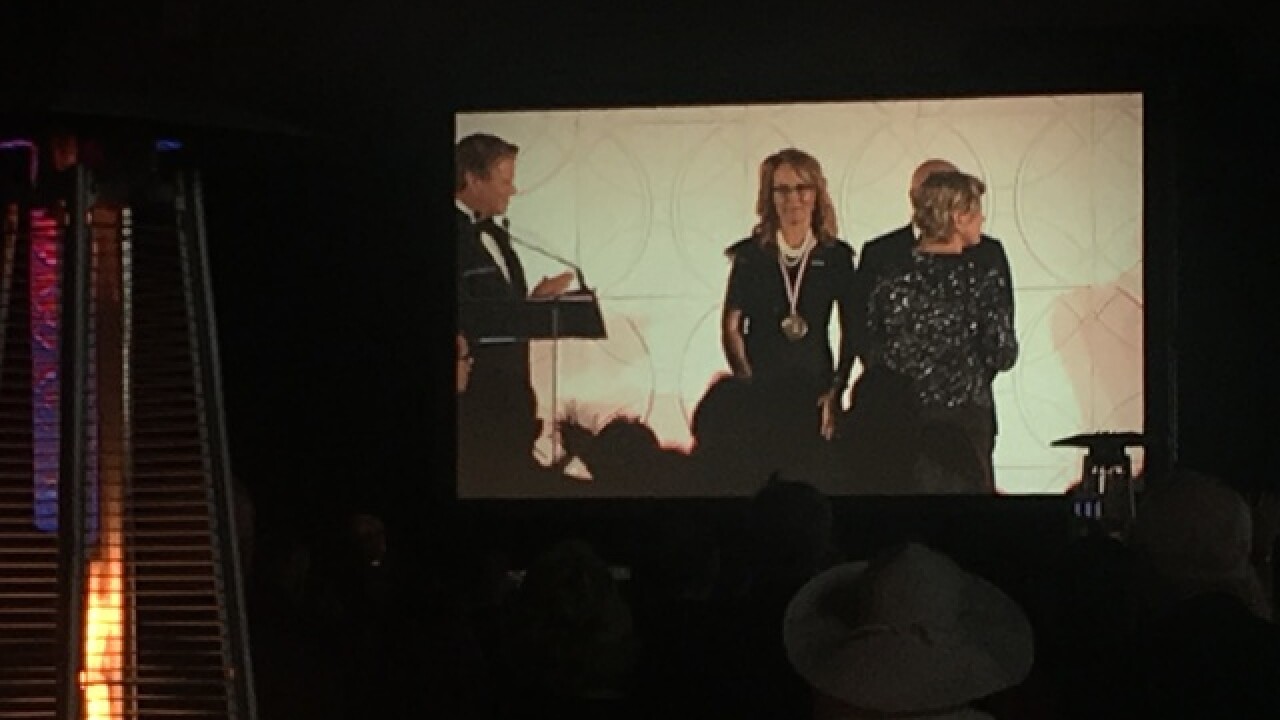 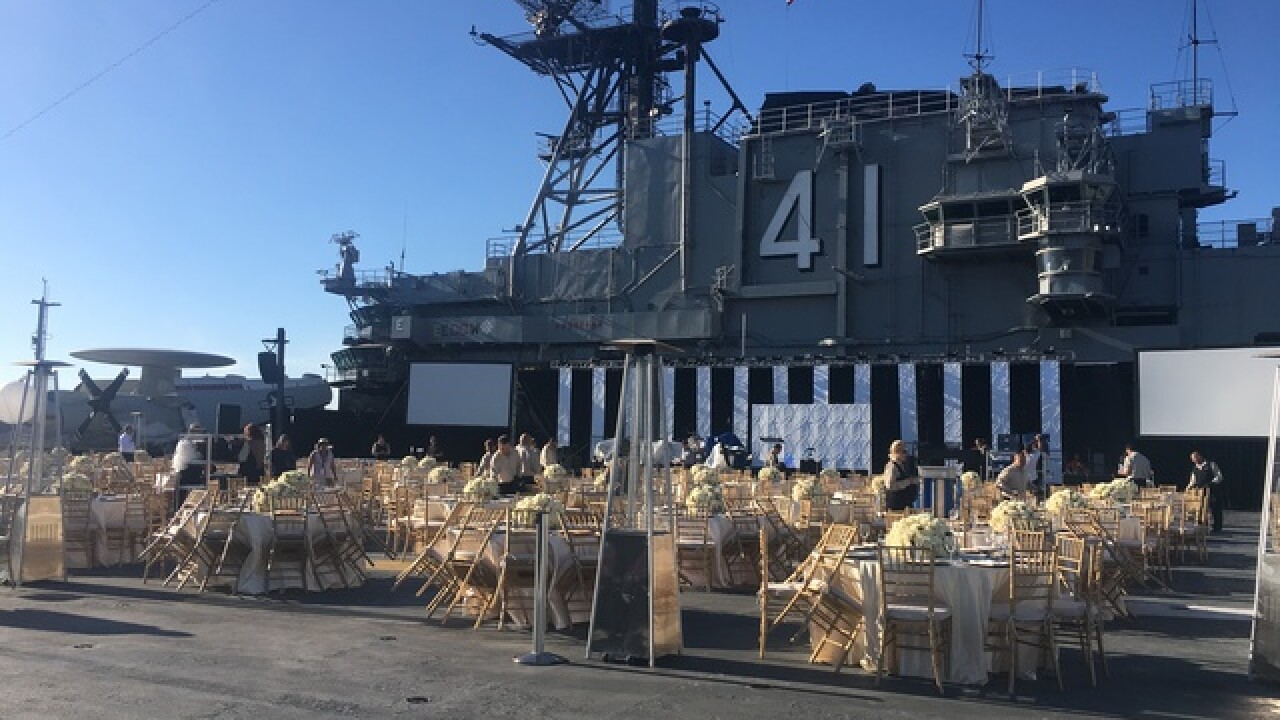 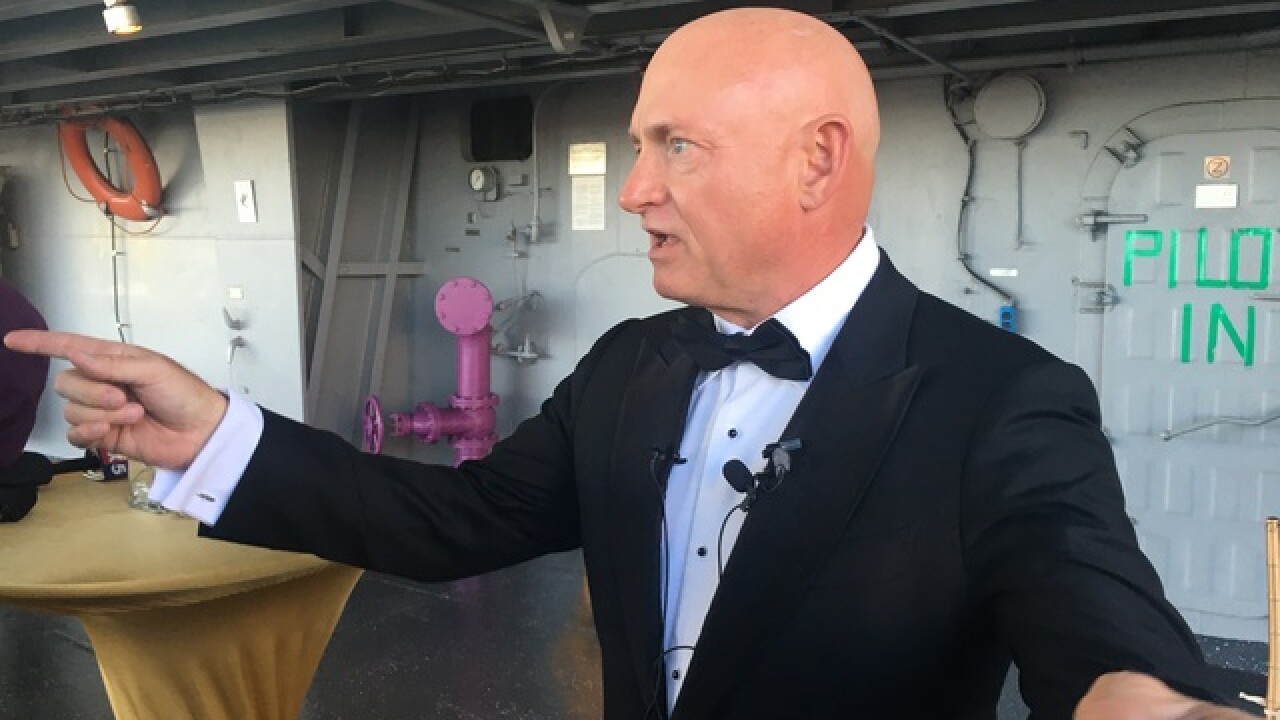 Kelly said he was transported back to his first day on the Midway when he stepped aboard, "this is like where I grew up, I showed up on this ship, I was 25 years old.:"

"This ship smells exactly the way it did the day I walked on in 1989," Kelly said. He flew 39 combat missions during Desert Storm and the first flight off the aircraft carrier, he said he almost died.
"I almost flew into the target I was supposed to be dropping bombs on," Kelly said he was carrying dummy bombs, "and it was about a difference of 10 feet between me hitting the ground." He said his navigator was screaming from the back seat.
His inspiration during the war was the late John McCain, "you know as somebody who’s served in the Navy and flew in the Navy, I looked up to John McCain even when I was in High School."
Now he, his wife and McCain hold the same title, American Patriot Award winner.
"You know anything I can be associated with John McCain you know, especially you know at this time is a big honor for Gabby and I," he said.
Giffords, who was shot in the head in 2011 while at an event meeting with Arizona constituents, spoke at the event, saying it's been a long hard road, but she is recovering.
"But my spirit's as strong as ever, I'm still fighting to make the world a better place and you can too. Get involved in your community. Be a leader, set an example. Be passionate. Be courageous. Be your best," she said.
The gala raises between $150,000 and $200,000 for students to come aboard the Midway, to learn the history and price of freedom.
Copyright 2020 Scripps Media, Inc. All rights reserved. This material may not be published, broadcast, rewritten, or redistributed.