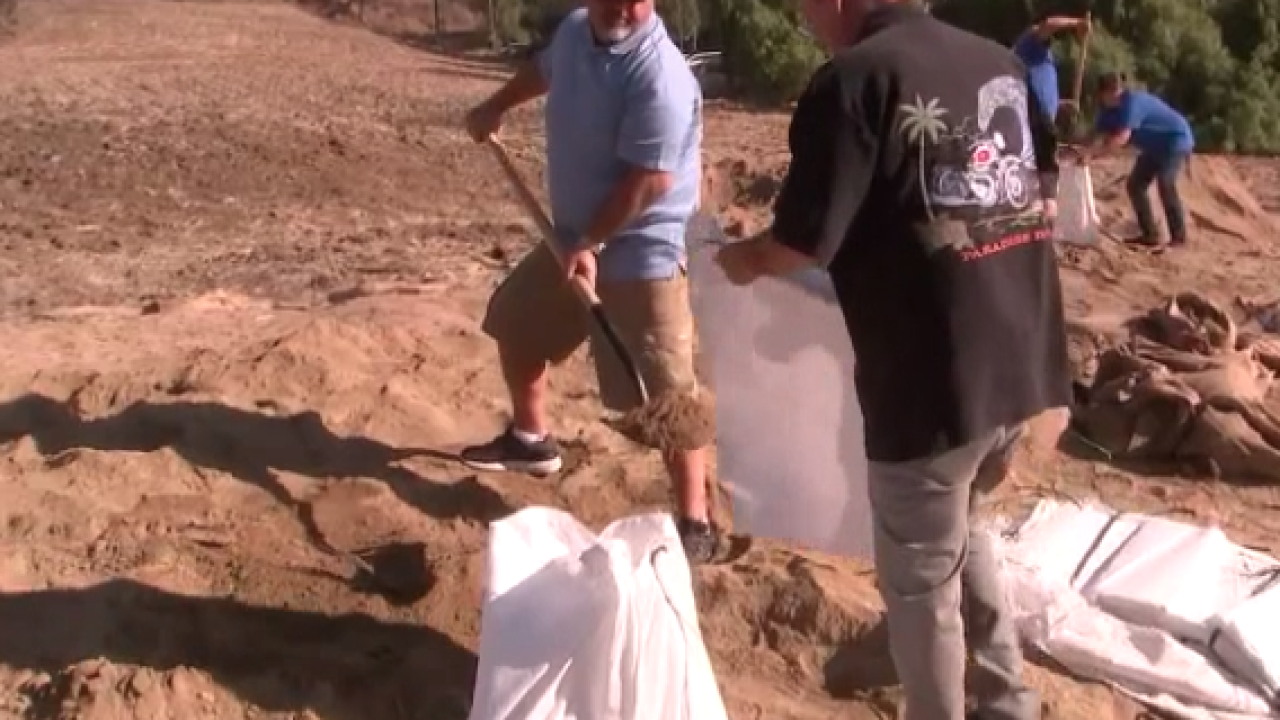 AGOURA HILLS, Calif. (KGTV) – Residents in the burn areas from the Woolsey and Holy fires are being told to prepare for the possibility of mudslides and debris flows as a storm moves into Southern California Wednesday, according to KABC.

Mandatory evacuations have been issued for areas impacted by the Holy Fire. Those areas include: Amorose, Alberhill, Glen Ivy A, Glen Eden, Grace, Horsethief A, Laguna A, Matri, McVicker A, Rice, Withrow A.

Mandatory evacuations ordered as of 3 p.m. in the Holy Fire area for Amorose, Alberhill, Glen Ivy A, Glen Eden, Grace, Horsethief A, Laguna A, Matri, McVicker A, Rice, Withrow A. People in these zones MUST GO NOW. Check https://t.co/q5Eos4UKT2 for evacuation zone details.


Rain is expected to move in Wednesday evening, dumping as much as half an inch to two inches of rain in the area.

Residents in the area could be seen stacking sandbags and getting their homes ready for the rain.

KABC reports that, in Agoura Hills, the Los Angeles Fire Department have placed equipment in areas that could be threatened by the rain.