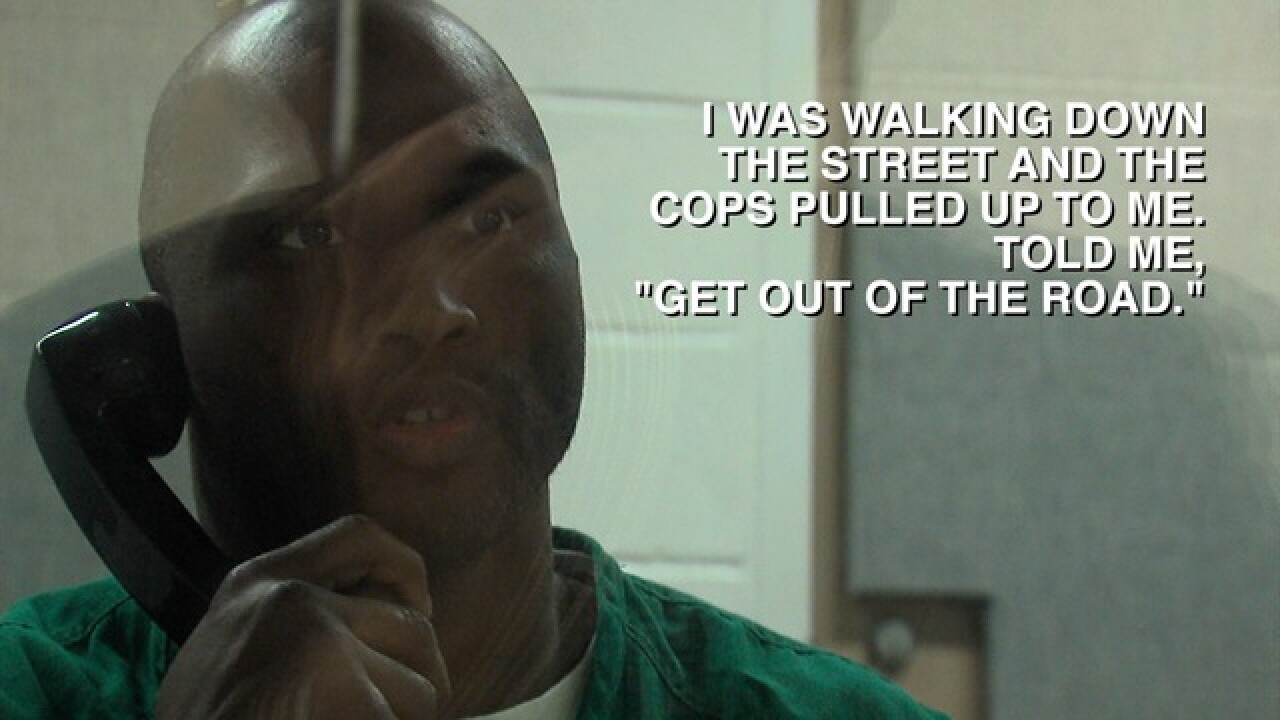 Frederick Jefferson was arrested February 3 at Chicano Park in Barrio Logan. At the time, police were trying to disperse a crowd which had gathered as two groups debated the historical significance of the park. Barricades were in place, and dozens of officers were standing by to keep order.

During a jailhouse interview with 10News, Jefferson said a San Diego Police officer asked him to get out the street. However, Jefferson said he didn’t want to walk with the protestors.

Jefferson said he tried talking to the officer but admitted he did not get out of the street.

“When they got out of the car, I continued walking,” he said. “I told them I said, ‘I’m just going to keep walking on’ and as I kept walking on they came up behind me.”

Jefferson said an officer grabbed his shirt and swung a billy club.

“I was afraid that if this dude got back a hold of me he was going to go town on me with the billy club," Jefferson said.

Jefferson admitted to 10News that he hit the officer twice in the face.

“I swung and hit him to put distance between us and then he swung again and I swung again because I could not let this dude grab me.”

“It was a very serious injury. It could have been much worse,” said Lt. Wahl.