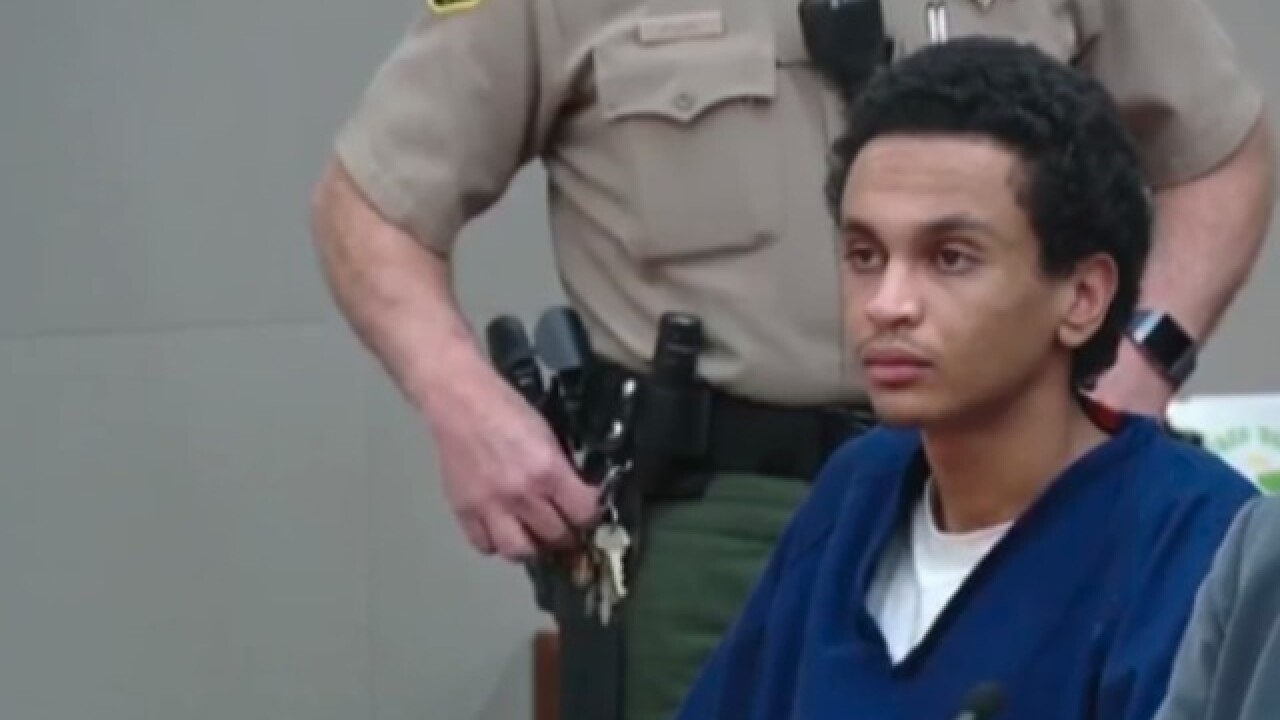 SAN DIEGO (CNS) - A young man who groped and sexually assaulted four female students as they walked to their off-campus housing near San Diego State University last summer was sentenced today to a two-year prison term.

Judge Polly Shamoon also ordered Minda Shewangizaw, 20, to stay away from the four victims and San Diego State for 10 years.

Shewangizaw pleaded guilty in April to felony and misdemeanor charges of false imprisonment and sexual battery. The defendant still faces charges that he tried to rape a woman in May 2017 at UC Riverside, where he was a student.

Deputy District Attorney Judy Taschner said the victims in the SDSU case ranged from 17 to 19 years old. "He (Shewangizaw) attacked two separate groups of girls that were walking in pairs," the prosecutor said outside court.

"And even though they were walking with a friend, it didn't deter him from literally walking up to them and sexually assaulting them and grabbing them against their will."

T.H. testified during a preliminary hearing in January that she and her roommate, T.L., were walking near Montezuma Road and 55th Street, back to their apartment just after midnight last Aug. 29 when the defendant came up from behind and forcefully "grabbed my butt."

T.L. testified that she noticed someone walking behind them before he began chasing them. "I said, You need to leave," T.L. testified. "He grabbed my hand and pulled me toward him. He pulled my shirt down and grabbed my breast."

T.L. said she kicked the defendant and was able to break free. She and her roommate notified a security guard, who called campus police.

The witness said Shewangizaw was wearing an "extremely distinctive" blue Hawaiian shirt and she and her roommate were able to identify him a short time later, after his arrest following another attack.

Jane Doe 2 testified that she and Jane Doe 1 were on a pedestrian bridge near the Aztec Student Union, headed back to their dorm about 1 a.m., when she heard footsteps and was smacked on her "behind" by the defendant.

"I was livid. I said, What are you doing? Don't do that! He laughed it off." The witness said she kept walking and tried to ignore the defendant, but he followed and made a remark about her breasts before pulling her shirt down and putting his hands on her chest.

Jane Doe 2 said Shewangizaw went to Jane Doe 1 and said, "How about you? What do you have?" Jane Doe 1 testified that Shewangizaw asked them if they were freshman and told them he was a junior at SDSU. The witness said she froze when the defendant grabbed her friend's breasts.

"I got really freaked out." She said Shewangizaw grabbed her breasts and buttocks and trapped her against a rail before laughing and walking away. Shewangizaw was arrested and bailed out of custody, but was re- arrested in connection with the alleged attempted rape at UC Riverside.