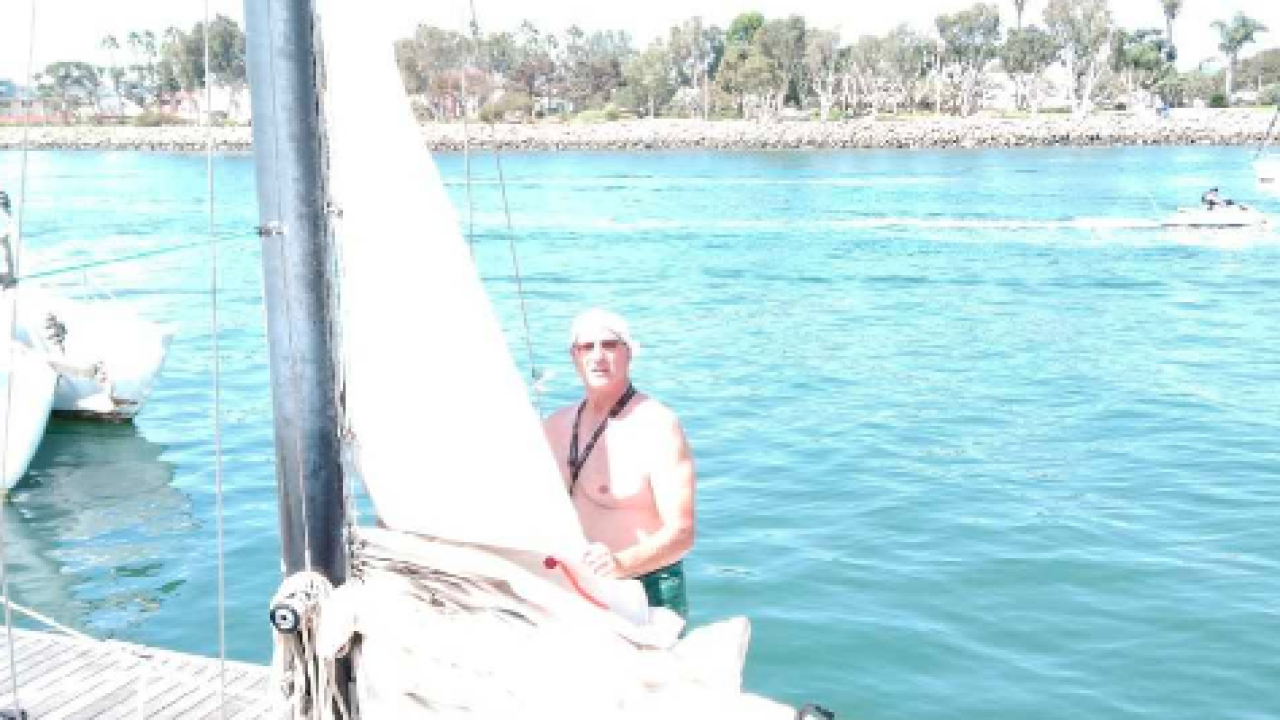 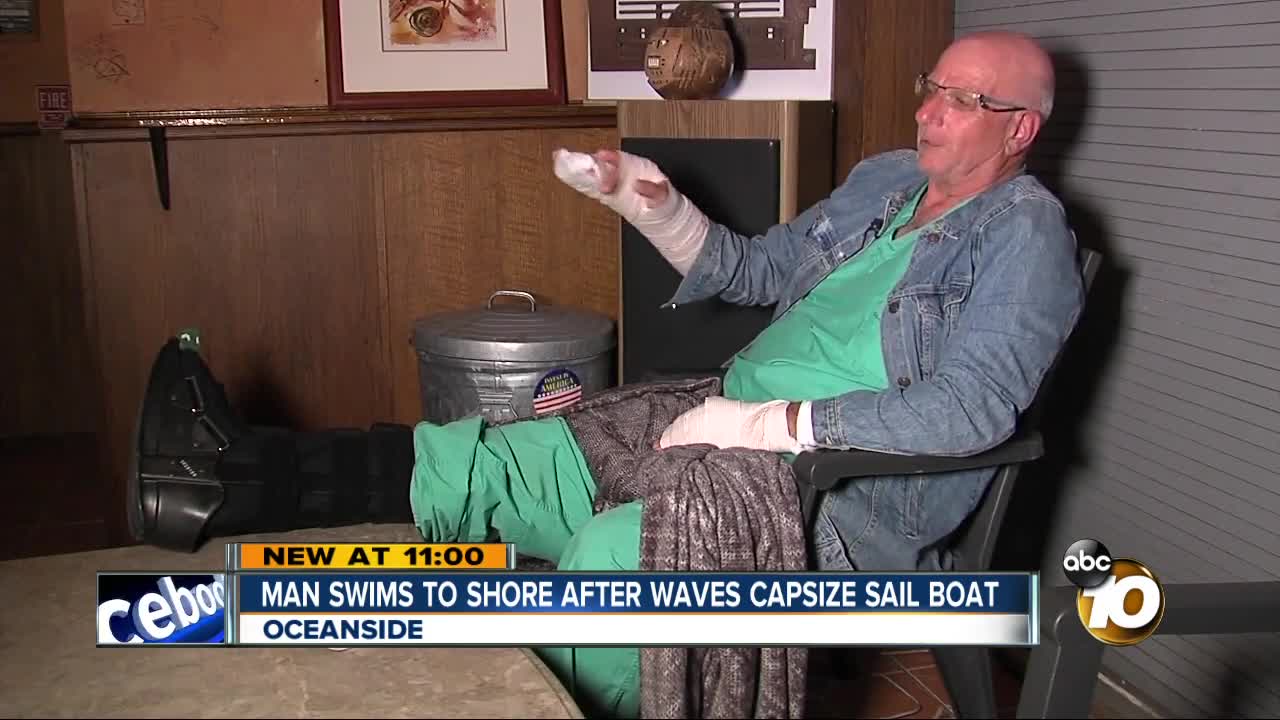 OCEANSIDE, Caif. (KGTV) -- A 63 year old man is grateful to be alive Saturday night after his sailboat capsizes and he was left swimming for his survival.

Andrea Aria was on a trip back from Catalina, “I’m alive for the grace of God.

Aria sat down with 10 News and talked about the horrific details, “I didn’t even see the wave until I made the turn and it was too late it was up on me”. The wave tipped the boat, he tried holding on, “I let go and went back in the water and I went under the boat and the boat went over me once then twice and the propellers are going”.

During that moment he didn’t realize the injuries he was getting, “I didn’t feel, the adrenaline the cold water the salt all I know I couldn’t move my fingers I knew my hands were messed up “. Two casts on his hands because doctors say, he cut tendons leaving his fingers unable to move. The propeller on his boat also gashed his foot leaving him with 28 stitches.

He swam about a half mile to shore, “every two strokes I was getting hit with a wave and I’m submerging and I’m having trouble handling it” Aria tells us.

He says just as he was about to give up, his foot hit the sand and he crawled his way to the beach, “I finally made it and there were two police men and they said someone called us must have been an angel”.

Saturday night, Aria is thankful to be alive, but he’s now realizing just how much he lost, along with his boat, “the things that I need to function everyday, they’re gone, they’re all gone” he continued, “I’m really without anything at this moment”.