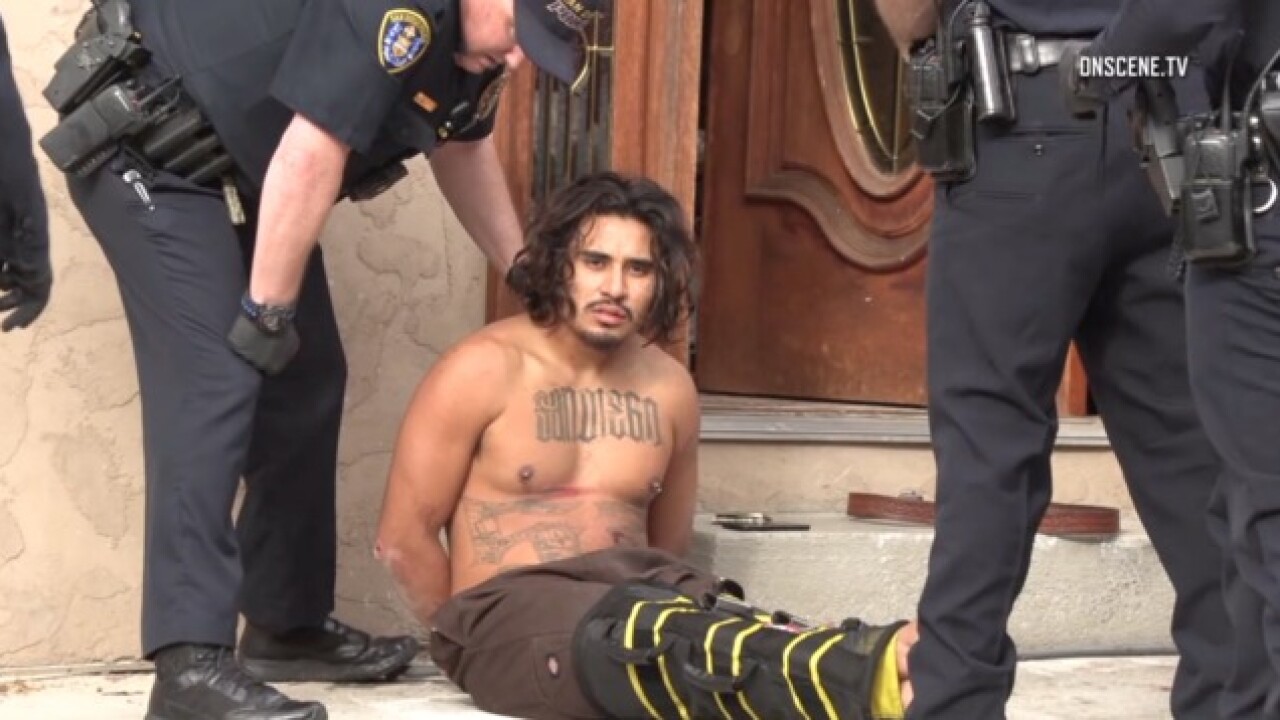 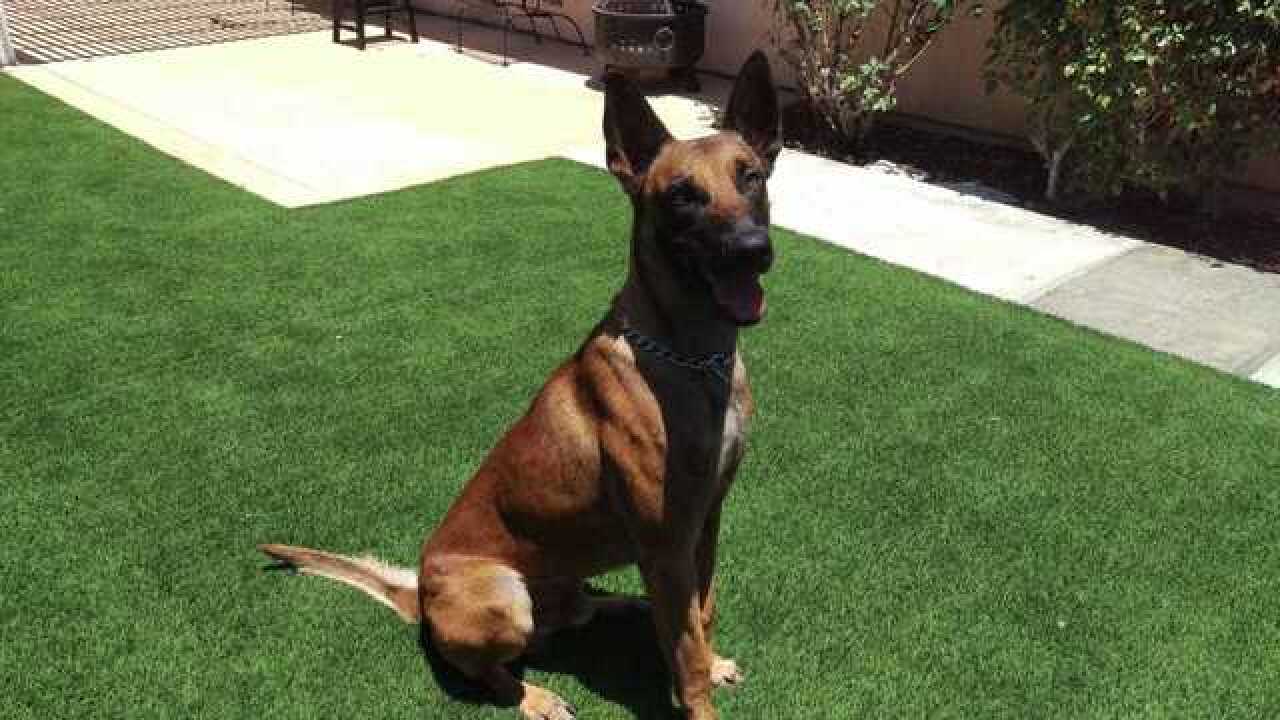 SAN DIEGO (KGTV) - A San Diego Police K9 was stabbed Monday during a confrontation between officers and a man in Encanto.

Police received a 911 call from a woman having trouble controlling her 22-year-old son about 8:30 a.m. in the 600 block of 64th St., near Encanto Elementary.

The woman said her son was clutching a kitchen knife and behaving in a threatening way while standing on the front porch of the home.

When officers arrived at the scene, they saw a woman sweeping glass in the street. She told police her son had broken a picture frame and was threatening to fight with police.

The son, 22-year-old Rogelio Carreon, responded to the front door with a 7-inch kitchen knife, according to SDPD Lt. Charles Lara.

Carreon stabbed the K9 during the conflict, said Lara. The stab wound missed major organs but left the dog's intestines hanging out.

Officers restrained Carreon and took him to Alvarado Hospital for an evaluation.

The K9, a 4-year-old Belgian Malinois named Dexter, was taken to a veterinary hospital.

A spokesperson with the K-9 unit says Dexter also suffered broken ribs and a lacerated spleen, but is stabile after surgery and expected to make a "good recovery."