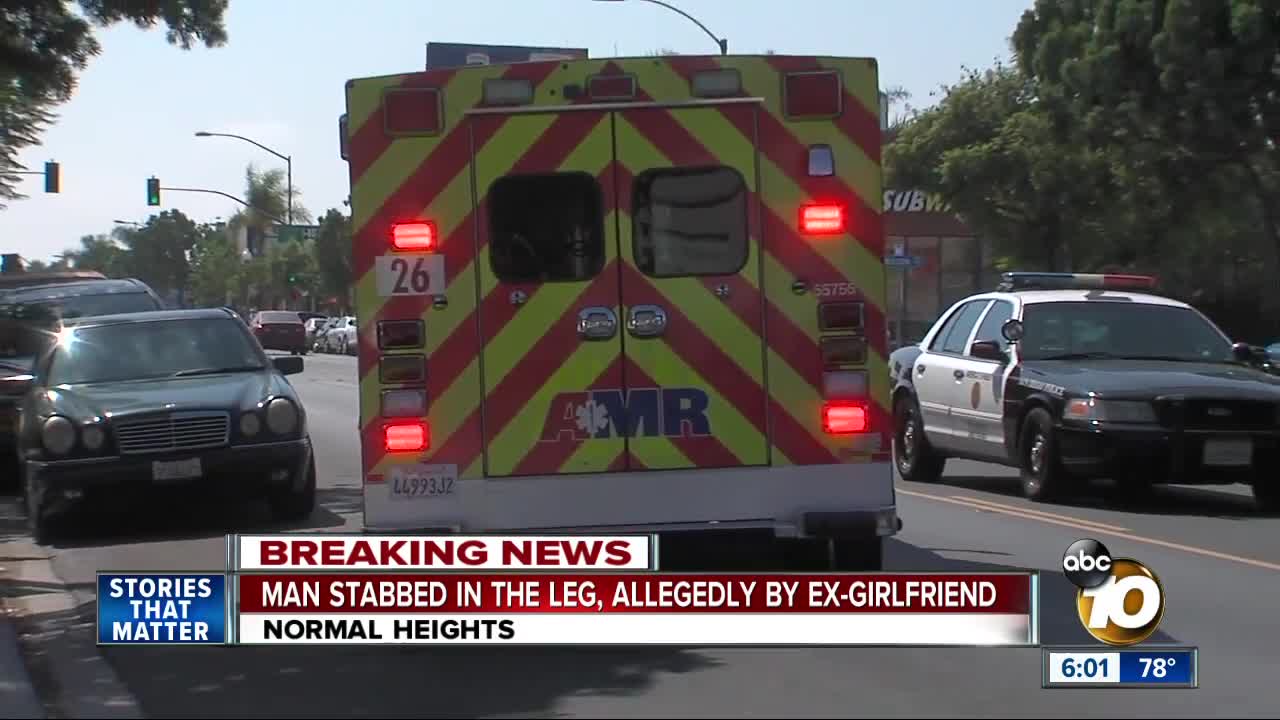 Police say a man was stabbed in Normal Heights by his ex-girlfriend. 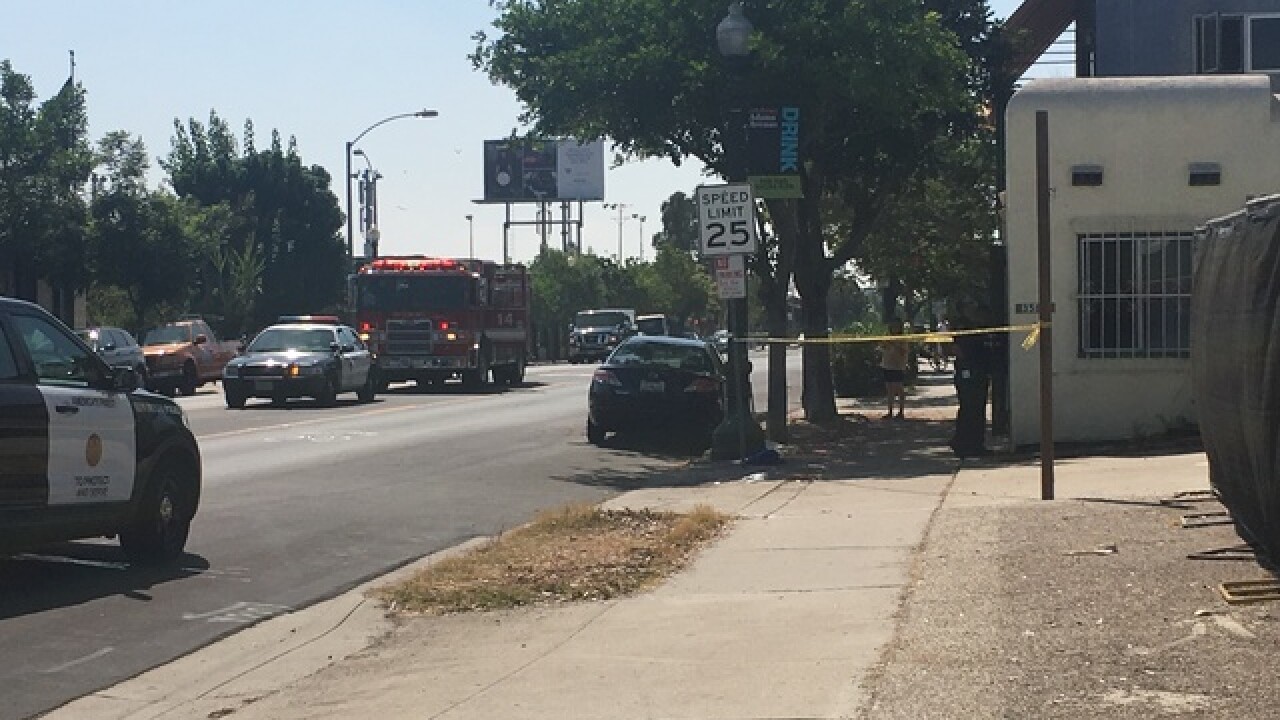 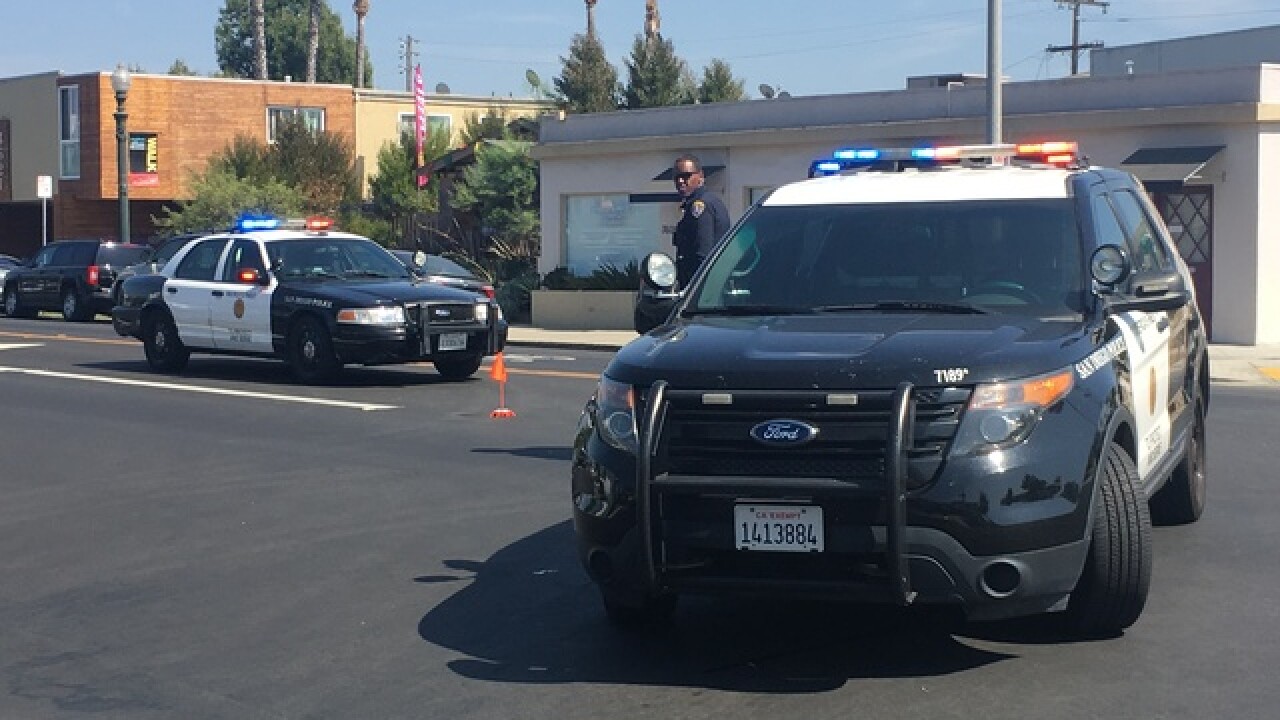 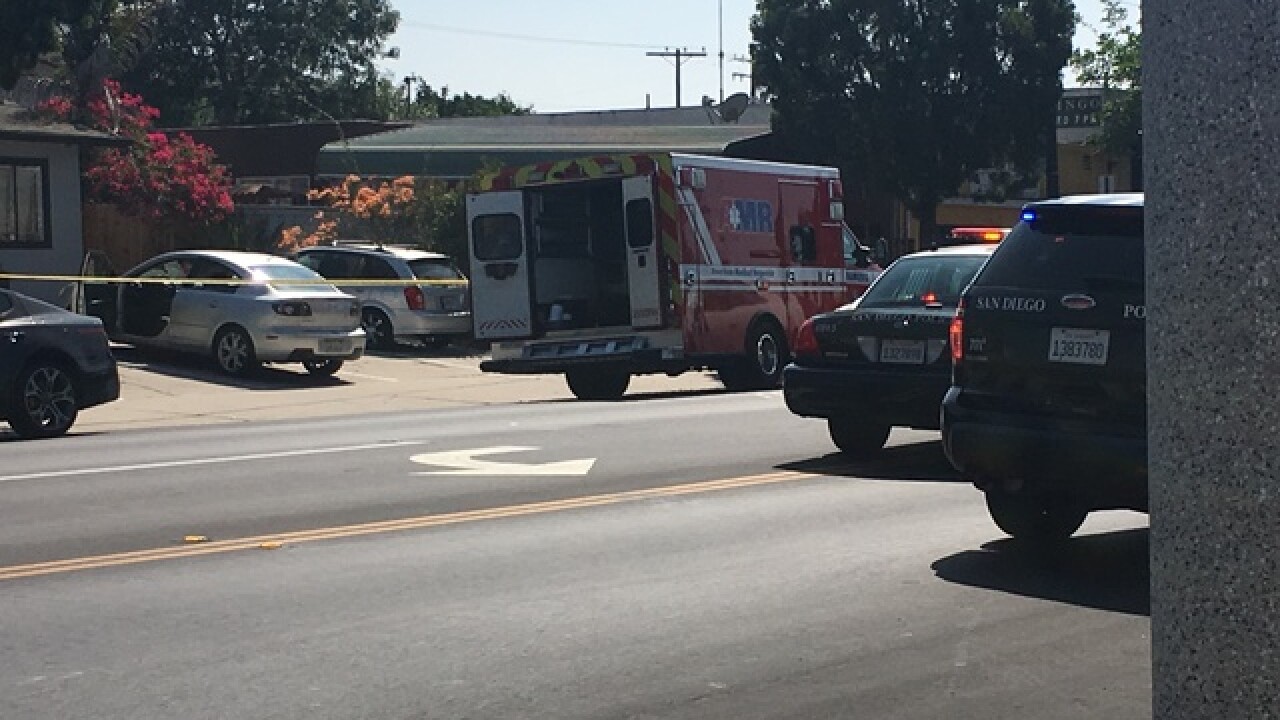 SAN DIEGO (KGTV) - San Diego Police say a man was stabbed by his ex-girlfriend in a home on 3500 block of Adams Avenue just before 2:45 p.m. Sunday.

A witness said she saw the man hobbling after the ex-girlfriend as she drove off. The witness followed the car long enough to get the license plate number.

The man was bleeding from the right thigh.

Police say neighbors jumped in to help the man, before he was transported to the hospital. Police say he is in stable condition.

Adams Avenue westbound at 36th Street is shut down, and may reopen around 6 p.m., according to police.