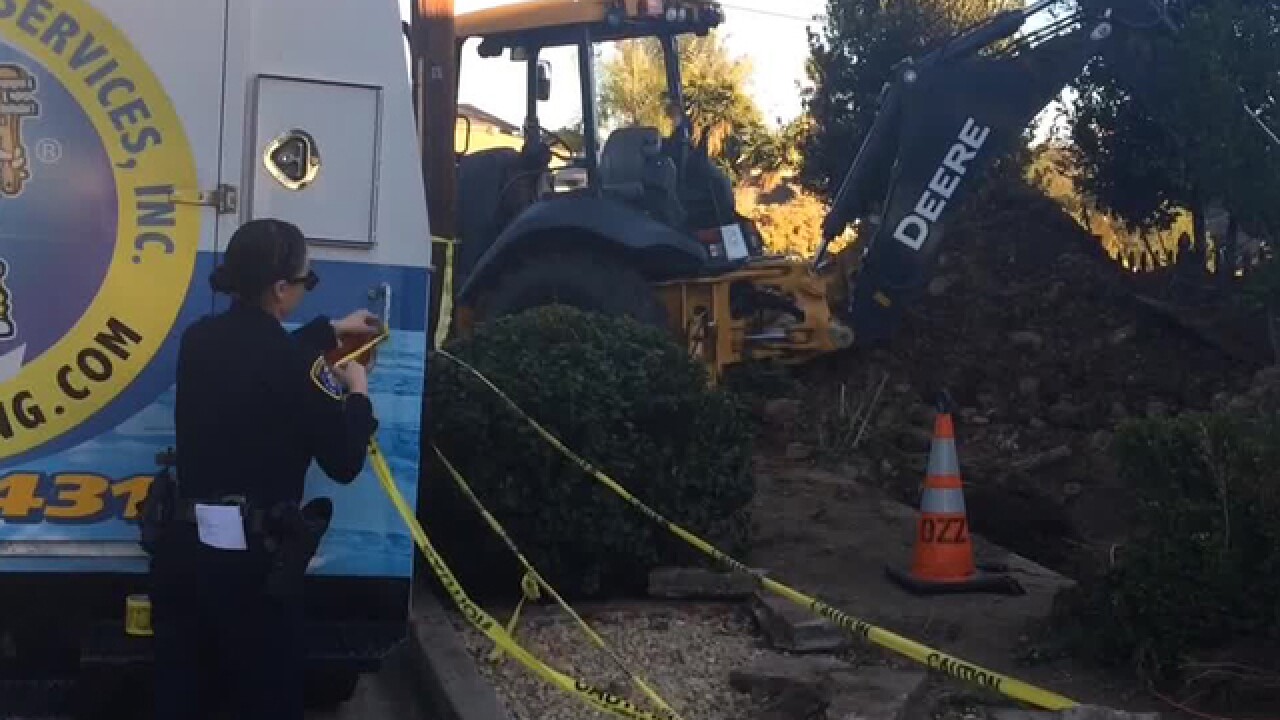 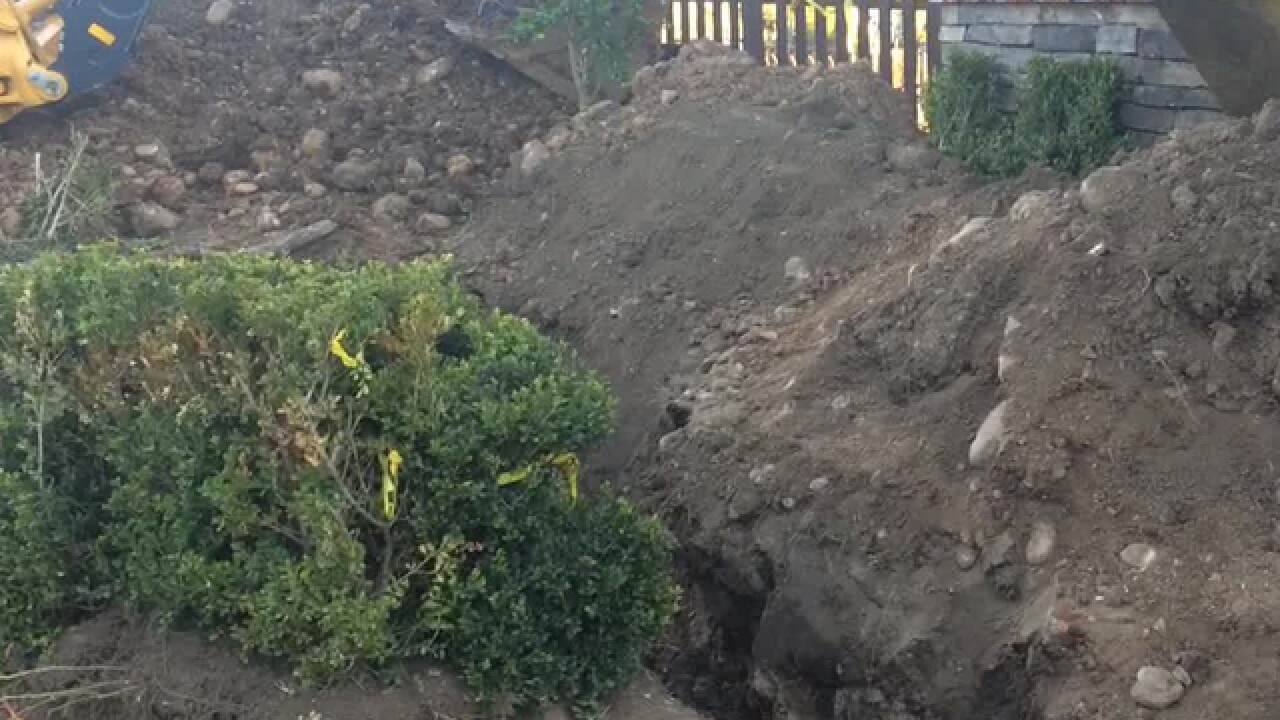 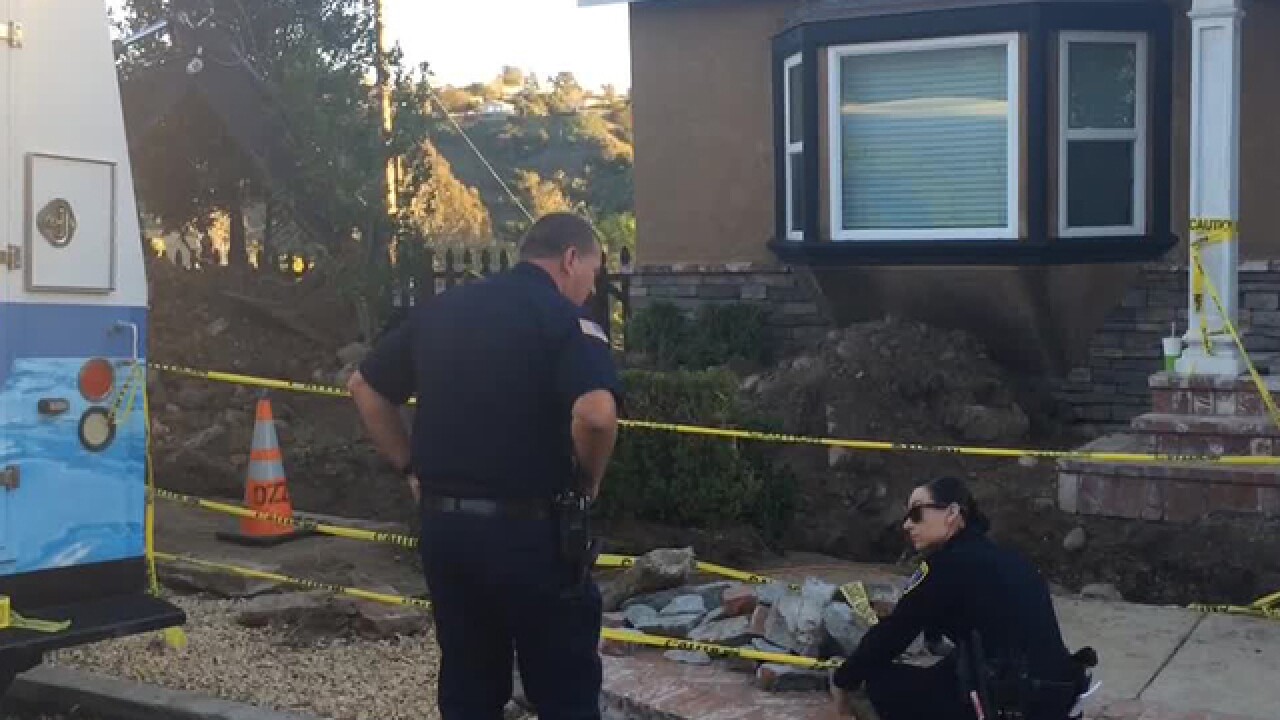 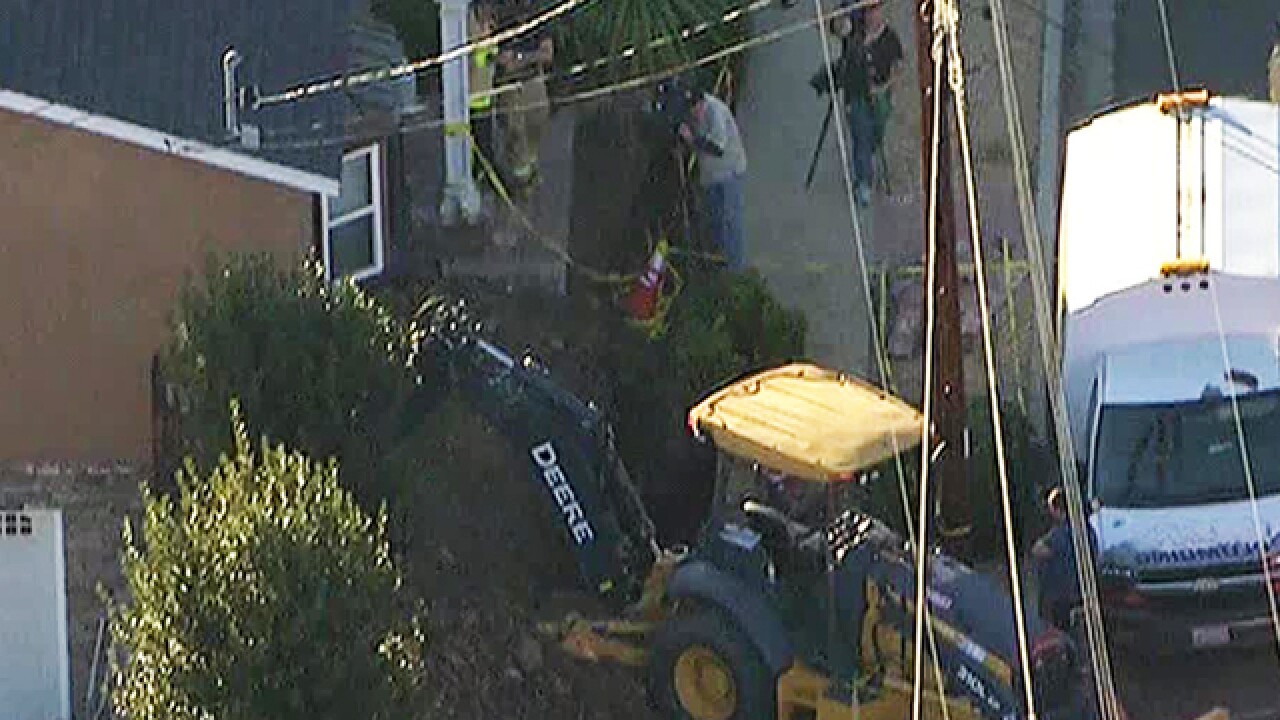 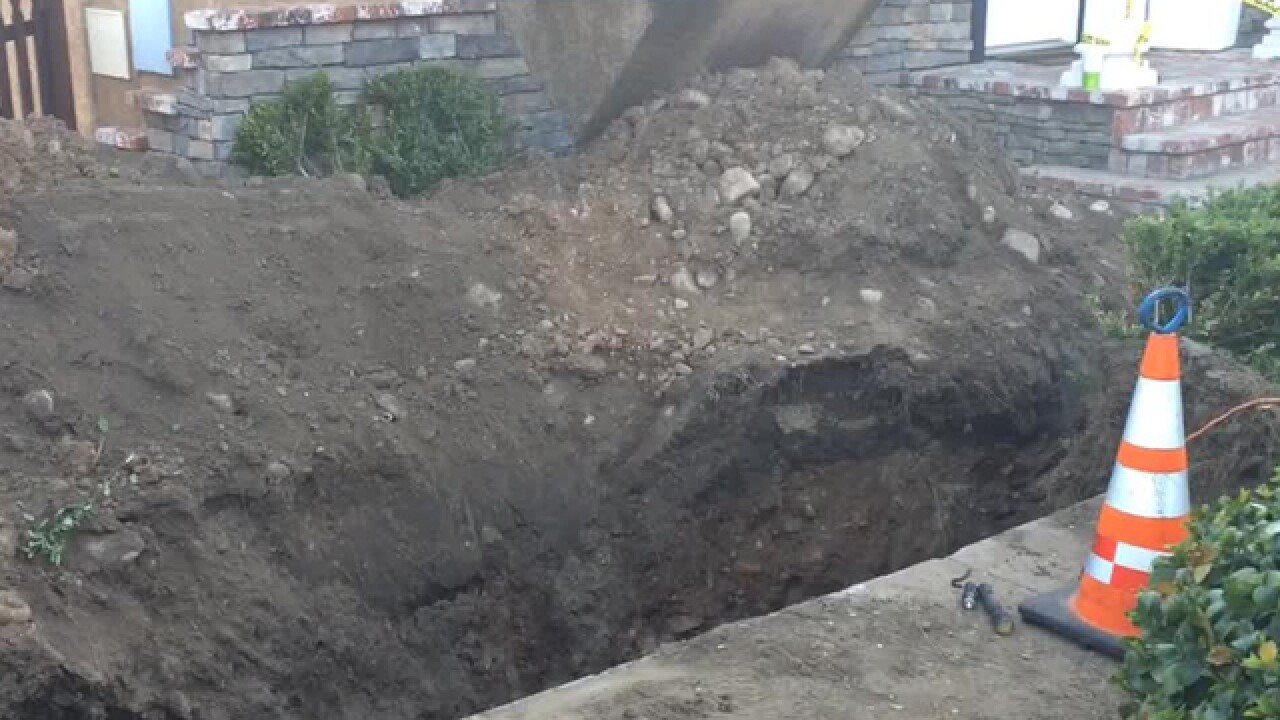 Fire crews rescued a man who fell into a 15-feet-deep hold in the Grantville area Friday.

San Diego Fire-Rescue officials said the incident was reported shortly after 3:45 p.m. in the 4800 block of Elsa Road, near 48th Street and Mission Gorge Road.

Fire officials said a group of workers were digging the trench when it partially collapsed, burying a worker up to his waist in dirt.

It took crews about 15 minutes to get the man out of the trench.

The man was not taken to the hospital.

10News learned that the crew digging the trench did not have a permit to work in the area, prompting an investigation by Cal/OSHA.

Authorities remain at the scene as the partial collapse of the trench has made the sidewalk unstable.