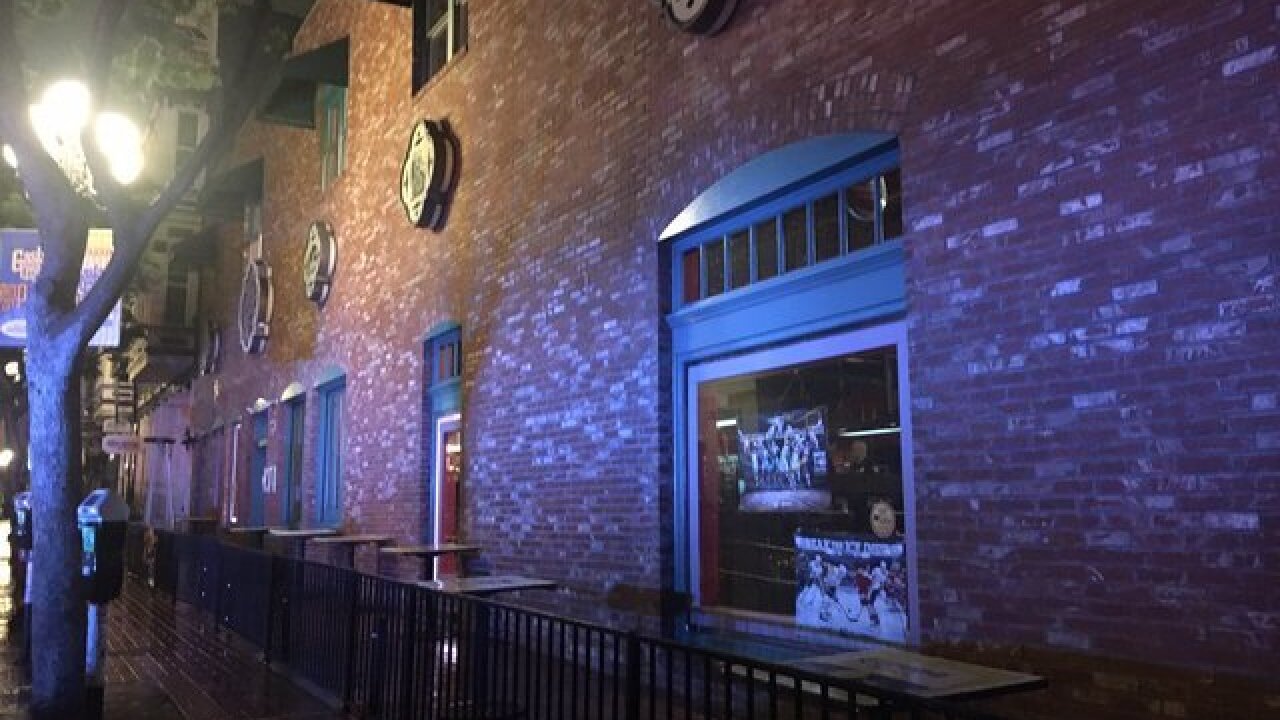 SAN DIEGO (KGTV) --  Authorities have identified the man who died after he and another man played a consensual "punching game" in a Gaslamp Quarter sports bar early Saturday morning.

Corey Poole, 27, had apparently gone out drinking at the downtown sports bar with a group of friends. The group arrived at the Jolt’n Joe’s at 379 Fourth Avenue just before 1 a.m. Police say both men were drinking when they decided to have a punching contest.

Police say that Poole and a friend began "consensually sparring" and punching each other in the chest.  During the game, Poole fell to the ground and became unresponsive, the San Diego County Medical Examiner's Office said.

Staff at the bar performed CPR on the 27-year-old who was taken to Scripps Mercy Hospital where he died about an hour later.

"The decedent and a friend began consensual sparring, consisting of concurrently punching each other with closed fists on the chest," the Medical Examiner's Office said, describing what police had previously called "playing a punching game."

"After receiving several punches to the chest, the decedent was struck and immediately collapsed and became unresponsive," the Medical Examiner's Office said.

Officials are still working to determine whether Poole's death was an accident, a homicide or something else.

Poole's friend, who remained at the location and was hospitalized for chest pain, was not arrested and it's unclear if charges against him will be filed.