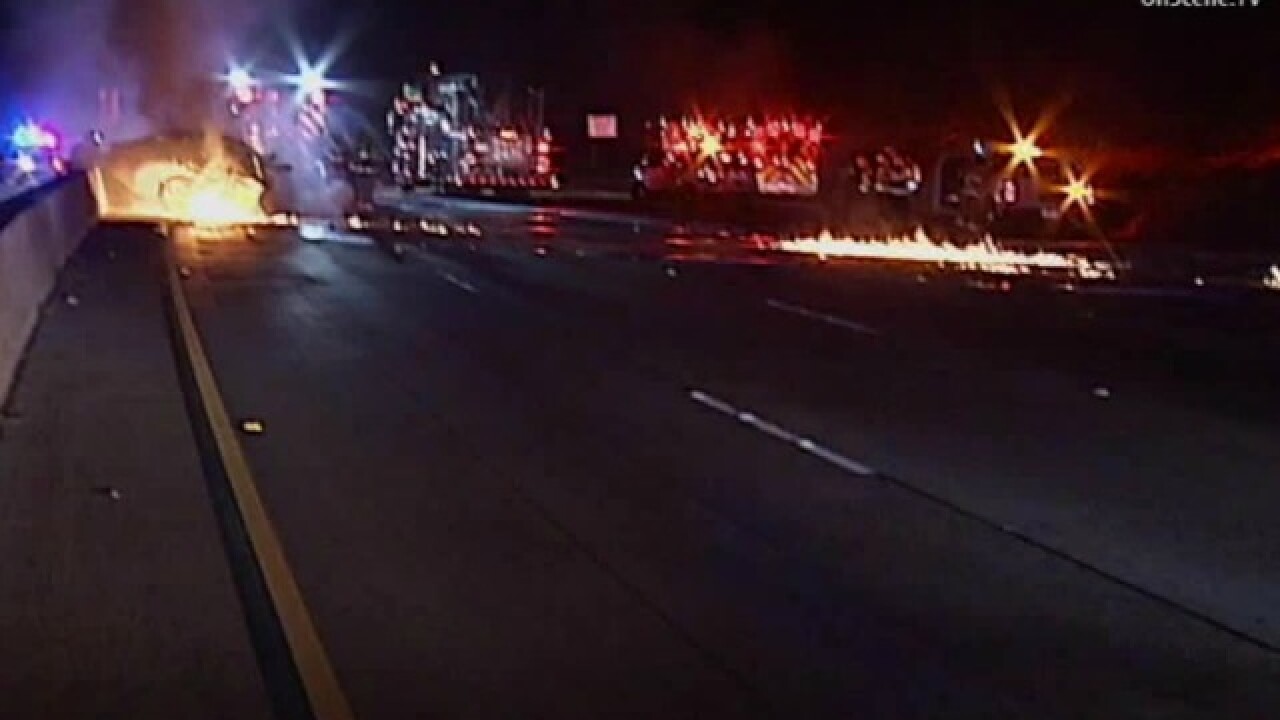 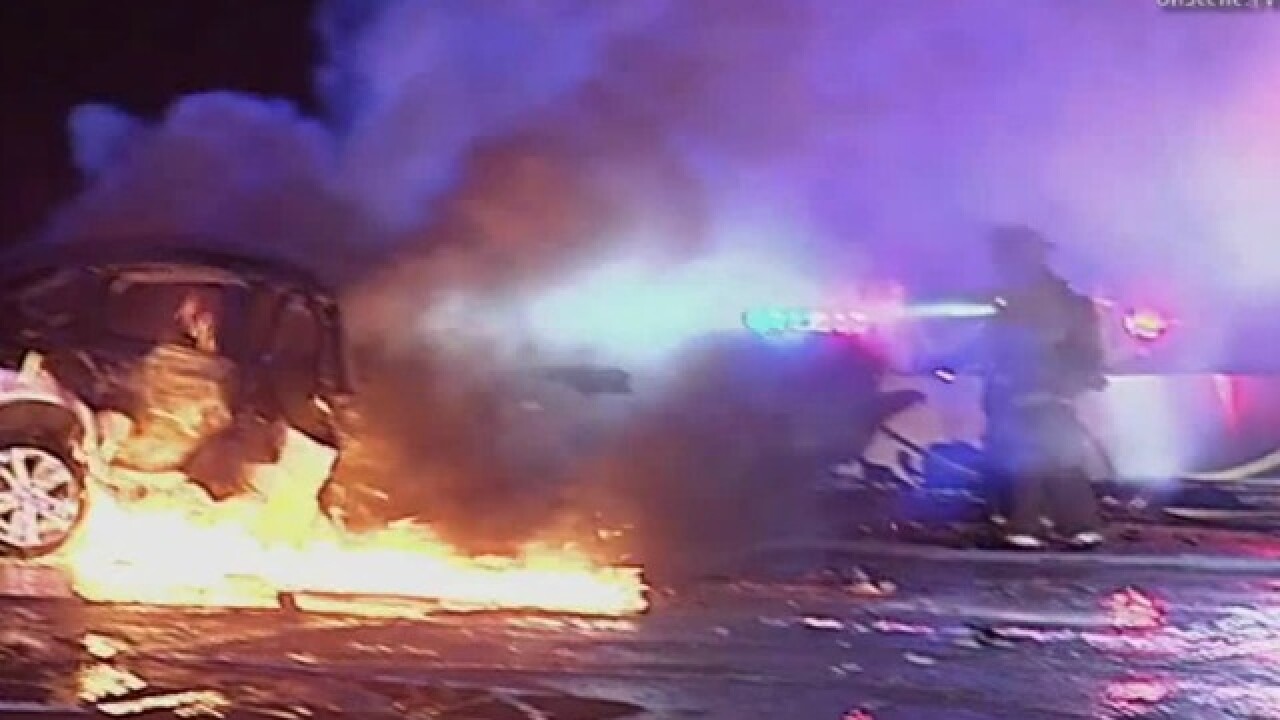 A 29-year-old man driving a Mercedes made a sudden U-turn on Interstate 5 at the Mexican border Sunday, sped nearly 40 miles the wrong way in the southbound freeway lanes, and killed himself and two other people in the subsequent head-on crash in Encinitas.

Southbound freeway lanes were left charred from the fiery crash between the speeding Mercedes and a 2015 Chrysler. Two people in the Chrysler were killed, a man and a woman, as was the man in the Mercedes.

The crash happened at 3:22 a.m. US Customs and Border Protection officers attempted to get into position to overtake the vehicle, but the speeds were too high.

Details were scant about what happened in San Ysidro, when the incident started at about 3 a.m. The driver of a Mercedes heading towards Tijuana apparently suddenly made a U-turn and fled north in southbound lanes, said CHP spokesman Jim Bettencourt.

CHP officers spotted the wrong-way car speeding north at H Street in Chula Vista, with Border Patrol agents following behind on the northbound side of the freeway.

The car was estimated at speeding above 100 miles per hour and was lost at E Street, but apparently sped north through National City and downtown San Diego, and past Mission Bay, La Jolla and Del Mar.

The crash was reported at 3:22 a.m., just south of Manchester Avenue. The man and woman in the Chrysler were pronounced dead at the scene. The driver of the Mercedes was killed instantly, according to CHP.

The southbound 5 Freeway was snarled until 10:05 a.m, as all traffic was taken off the freeway at Manchester. Traffic on the old Coast Highway was jammed for miles.

CHP reported that all lanes should be reopened on I-5 at Manchester around 11 a.m.

It is still unclear if alcohol or drugs played a factor in the collision. The crash remains under investigation.