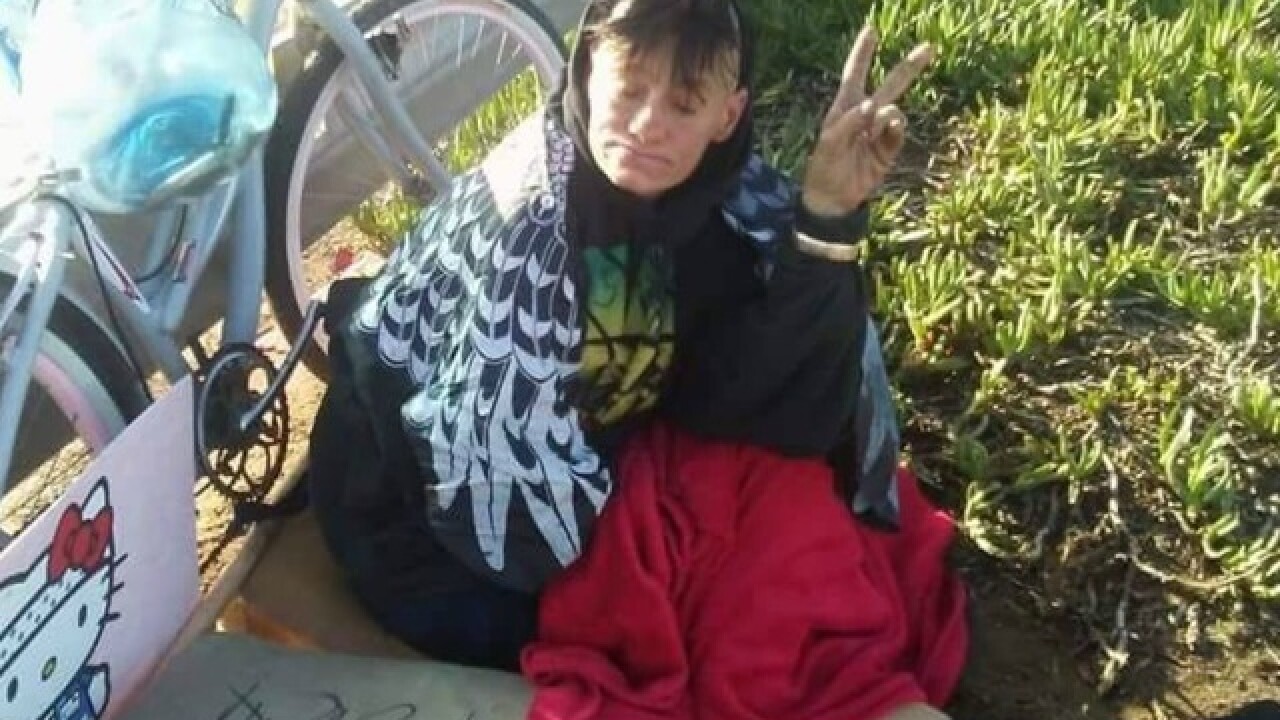 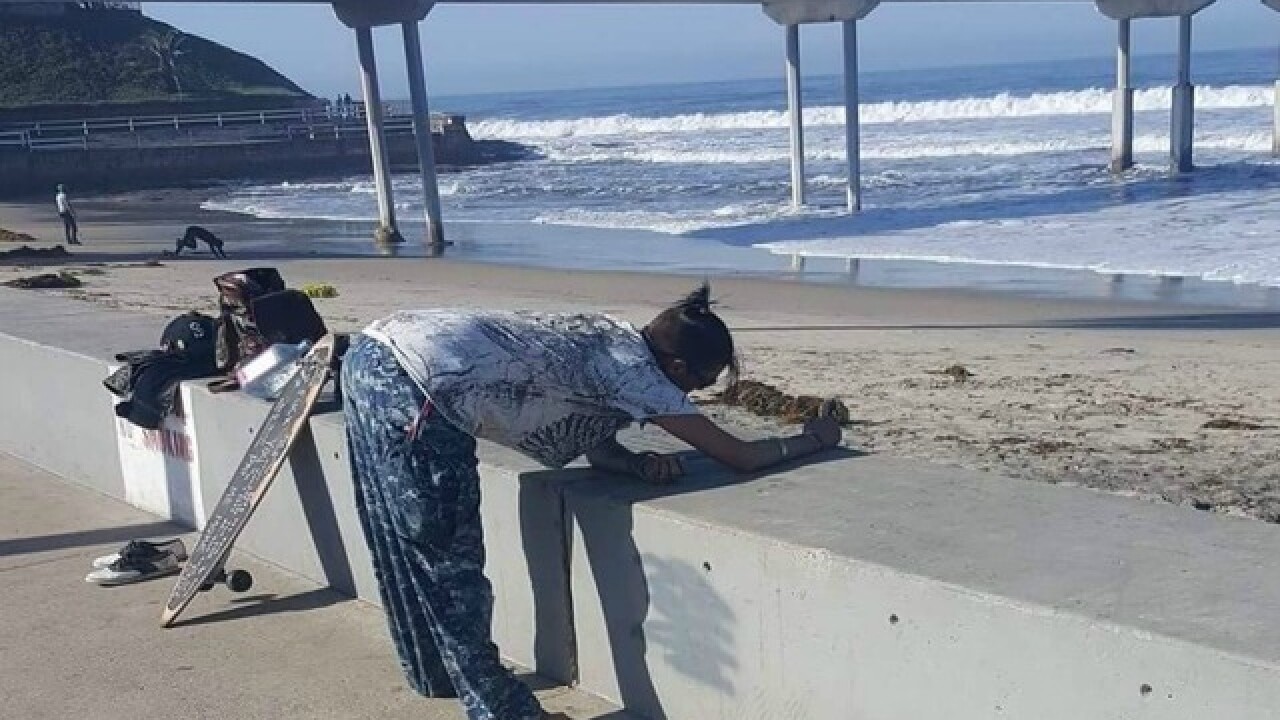 SAN DIEGO - Ocean Beach residents want a homeless woman to stop vandalizing their community even though some of here tags are about missing people.

The woman who calls herself "Mama Bear" has apparently vandalized Ocean Beach dozens of times with a black marker.

The vandalism is hard to find because Ocean Beach tackles graffiti pretty quickly.

"There's a group of residents who work on graffiti I think every day, really," said Knox.

However, there were five sentences written in black marker Monday morning along the boardwalk just north of the Ocean Beach Pier. All five were signed by Mama Bear, and all five referenced people who disappeared in 2016.

"Yeah, that's part of it. She'll write on anything," said Knox.

Knox and several other Ocean Beach residents said Mama Bear is homeless and may have a mental disability.

"It's over our pay grade," Knox said.

Several people have directly asked her to stop, but Mama Bear said no every time.

Knox said she realized it's a petty crime, but enough of them could add up to a substantial fine from the city of San Diego.