Gridlock is forcing some San Diegans to make adjustments to their lifestyles in order to keep up.

Posted at 10:40 AM, May 17, 2018
LA MESA, Calif. (KGTV) - Millions of us love calling San Diego home, but with so many people living here, the traffic is getting worse.
Gridlock is forcing some San Diegans to make adjustments to their lifestyles in order to keep up.
Matthew Bredel bought the perfect home for his family of six approximately five years ago in La Mesa. Three years later he landed a new job in Rancho Bernardo which doubled his commute to and from work.
"It's draining - draining," said Bredel.
Bredel says he now takes the I-15 and I-8 freeways and is guaranteed about an hour in the car each way. 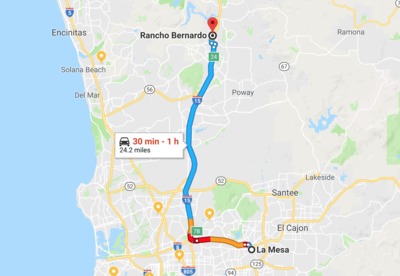 "Not only is it a long time, but it's tough traffic," he said.
In all, Bredel has lived in San Diego for 25 years and says traffic congestion has significantly changed.
"Traffic starts earlier in the day and goes later in the day. And even when I'm up at 6 a.m., I'm amazed to see the number of cars that are still on the road," said Bredel.
Bredel isn't alone when it comes to feeling the impact traffic has had in San Diego County. According to a scientific 10News/Union Tribune Poll, 65% of county residents say traffic in San Diego has grown worse. 43% say their commute has grown longer in the last three to five years. 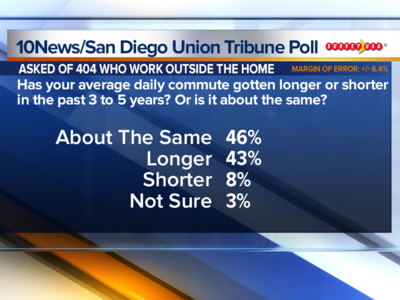 The most recent Equinox report agrees. Analysts report that on average, San Diego drivers are spending 19 hours a year stuck in traffic. That's up almost an hour more compared to 2016.
According to the Equinox study, San Diego commuters topped even Los Angeles for distance traveled on a daily basis. 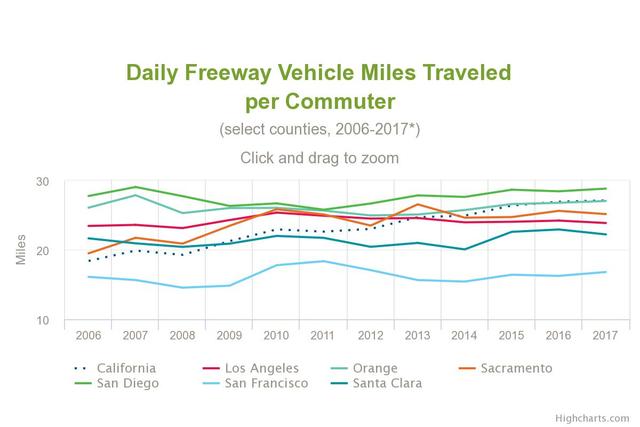 Bredel says he recently sold his home in order to cut his commute time down and spend more time with his family.

"It's no longer about the house or about the space, it's more about what I can provide to my family," said Bredel.

The San Diego Association of Governments has tools to help drivers deal with unwieldy commutes and lessen congestion on local freeways. iCommute, which is sponsored by SANDAG, provides a variety of services.

Park & Ride: Locations are available around the county. Some are connected to transit stops and offer bike lockers.

Guaranteed Ride Home: Commuters who carpool, vanpool, take public transit, walk, or bike to work, can get a free ride home in an Uber, taxi, or rental car up to three times per year if they have an emergency. Drivers can register and receive the vouchers through the mail.

Watch 10News reporter Kalyna Astrinos' full story in our coverage of Making It In San Diego tonight on 10News at 6.

Share your challenges with Making It In San Diego by emailing tips@10news.com.