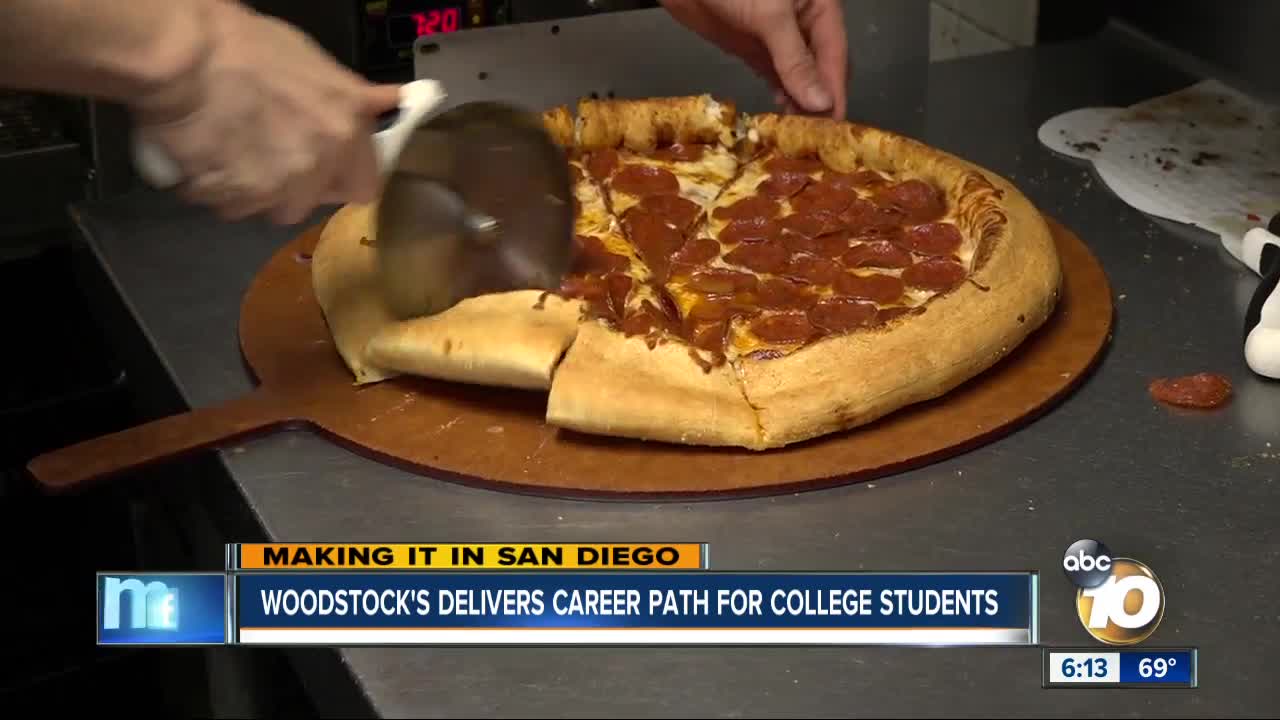 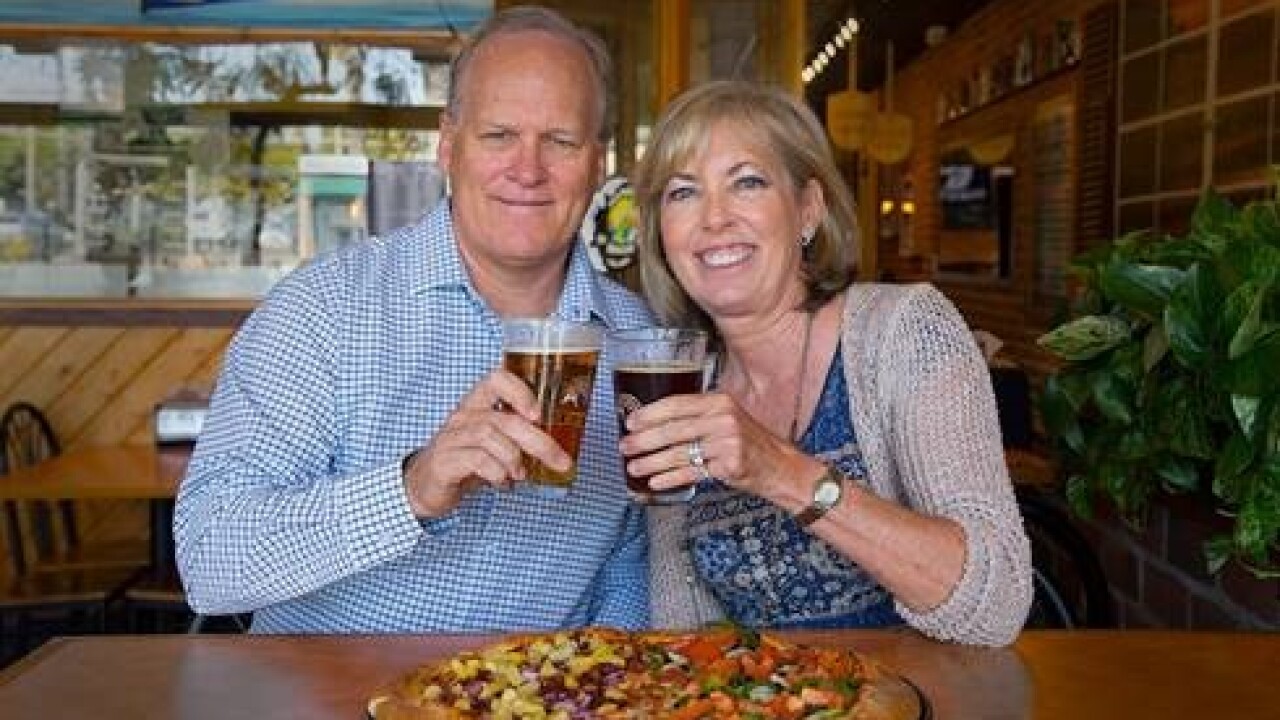 SAN DIEGO (KGTV) - There are jobs for college students. And then there's Woodstock's Pizza. Woodstock's is not an ordinary college job.

"We look at all of our extended employees as part of the Woodstock's family," says Jeff Ambrose, CEO of Woodstock's Pizza.

If Woodstock's is a family, then Jeff Ambrose is the Godfather.

Ambrose began his career with Woodstock's right out of college back in the early 1980s. He's grown up with the restaurant since his college days at Oregon State doing everything from delivery to management. It was then Jeff learned about treating employees like family from original owner Chuck Woodstock decades ago in Corvallis, Oregon.

"Chuck had this vision of having a Woodstock's Pizza in every college town west of the Mississippi," adds Ambrose.

RELATED: City of San Diego's 10 steps to launching a small business or startup

So, when Chuck decided to bring a Woodstock's to Santa Barbara in 1982, he asked Jeff to help open it. Not only that, Jeff was given the opportunity to own 25% of the restaurant. That opportunity for employees to own part of the franchise continues to this day with Jeff.

"Because I think it's the right thing to do," Ambrose answers when asked why.

In the mid-1980s Chuck Woodstock died in a plane crash. It was Jeff who took over the chain in California including two restaurants here in San Diego. And to this day, his managers have opportunities to buy stock in Woodstock's.

"That was a big part for me of saying we want to give back," says Ambrose. "We want people to share in the success of the store, and I've just really been passionate about that ever since."

And that's not all. Employees are paid above minimum wage; those who work more than 30 hours a week are offered medical and dental benefits. Woodstock's was doing this long before the Affordable Care Act became law.

Yesenia Rios is a great example.

"I personally need a job that can be flexible with me," says Rios.

Yesenia is an engineering student at San Diego State. She started at Woodstock's a couple of years ago making pizzas. Now she's in administration working in the company's I.T. Department.

"This is my chance to really make something of the things I've been learning in school and get within project management," adds Rios.

Jeff and his wife Laura have seen employees come and go over the years. For some, it is just a college job. But for the Ambroses, they're all family.

"It's very heartwarming, I tear up," says Ambrose holding back tears. "This may not be their lifelong job like it has been for me, but we hope to give them skills that they can take other places."