San Diego's affordable housing crisis has been getting more dire over the last five years because there's a lack of resources, a new report from the California Housing Partnership says.

The average rent in the county is now up to $1,992, and about the city's lowest income renters are spending 70 percent of their money on housing. 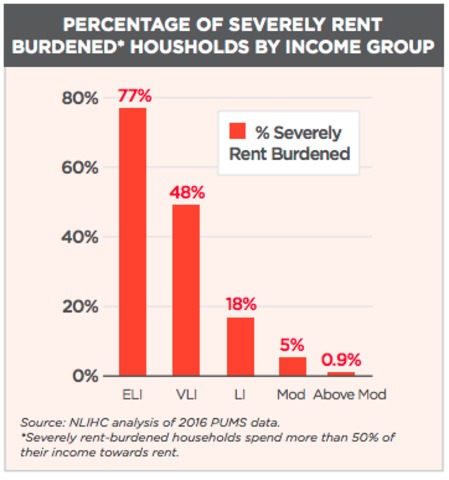 Stephen Russell, who heads the San Diego Housing Federation, said the region took a hit in 2012, when the state eliminated redevelopment funds - 20 percent of which were reserved for affordable housing.

Now, as cost of living rises, there are nearly 10,000 homeless San Diegans, thousands of them sleeping on the streets.

Bruce Carron, 72, was one of them, until he got into Talmadge Gateway, a new 60-unit complex for low-income seniors with ongoing medical needs.

"It's just more than what I thought I deserved, but somewhere along the line God wanted me to win somewhere in this crazy life that we have," Carron said.

The city will soon decide whether to place a property tax bond on the November ballot to pay for more affordable housing. It would charge $19 for every $100,000 of assessed value, and pay for 7,500 new homes. 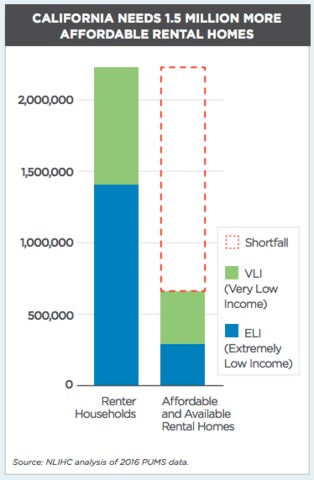 "Until we solve the problem of people sleeping on our streets, I don't think I can sleep in my bed with a good conscience," Russell said.

The San Diego Taxpayers Association doesn't have a position on the potential measure, but in a statement chief execrative Haney Hong said more research was needed.

"Before we decide to throw more money at the problem, let's understand what we're getting right now and how our public agencies are performing," he said.

The city rules committee will consider the bond for the ballot next month.