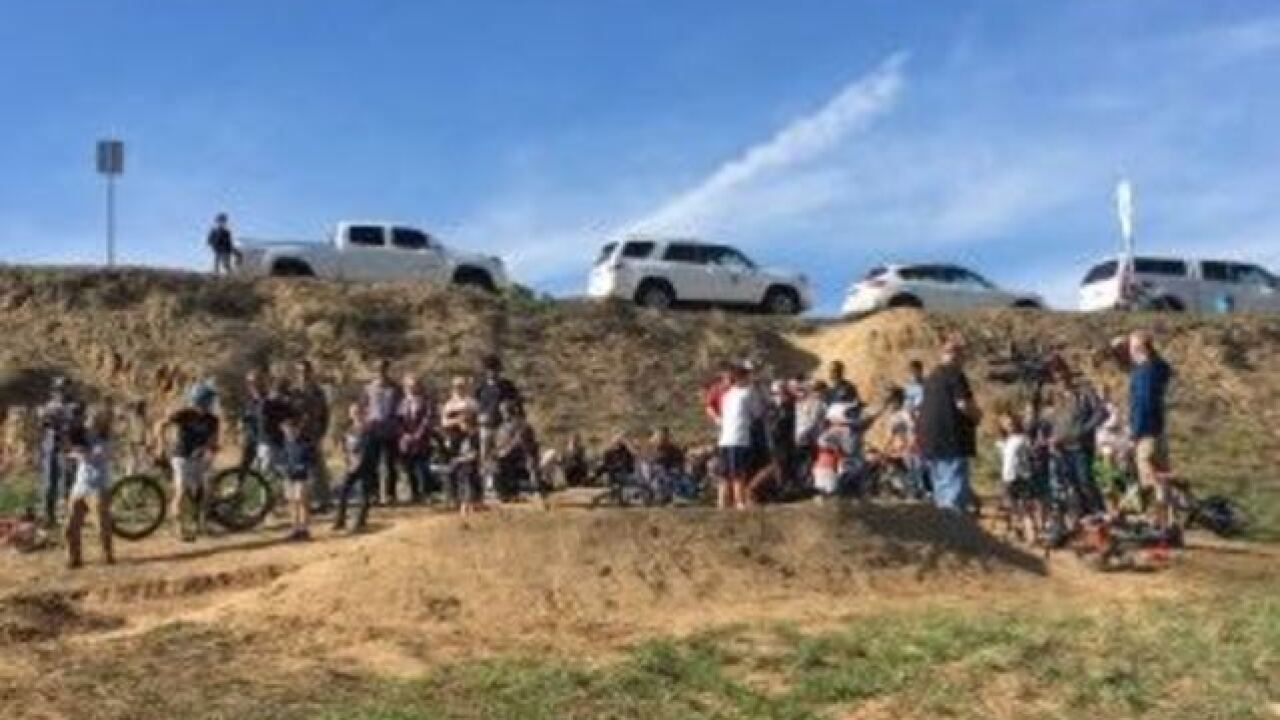 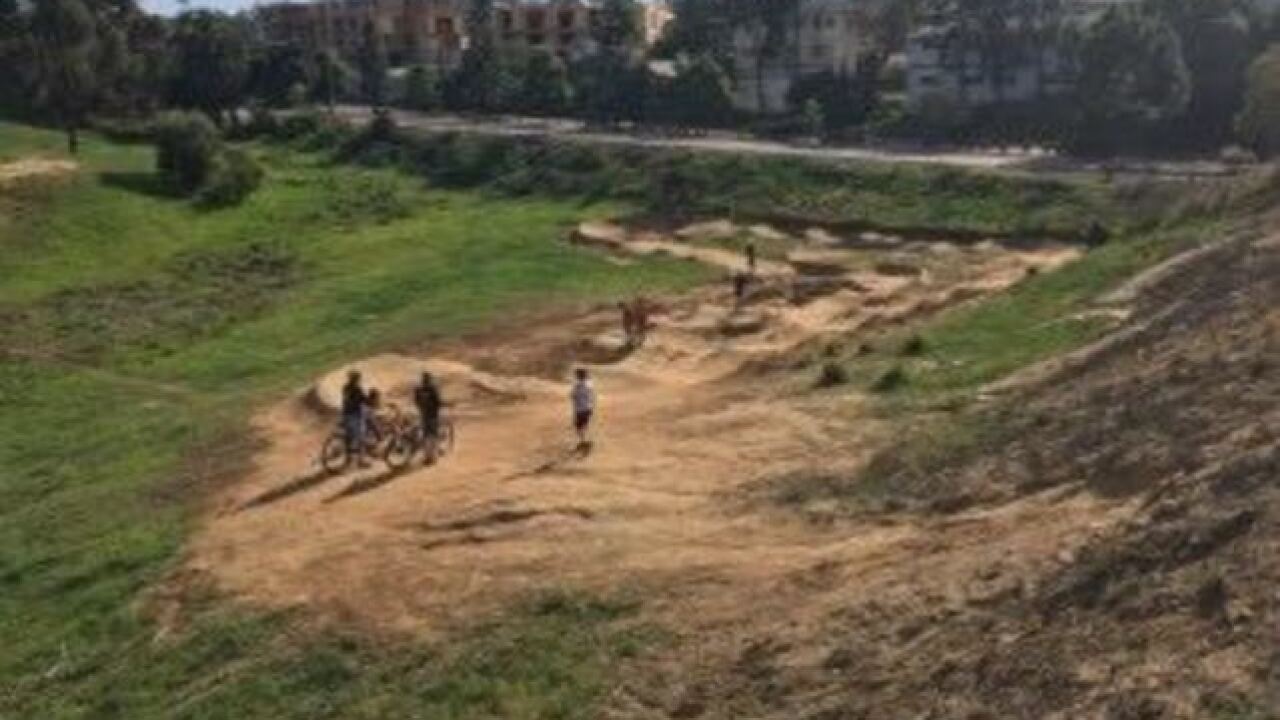 SAN DIEGO (KGTV) - Point Loma neighbors are rallying to save a beloved bike track - a track they've built with their own hands, but no permits. The track on Famosa and Nimitz Boulevards was threatened on Monday.

“I rushed over here as quick as I could,” Darren Miller said.  “I stood in front of the tractor and said, “I’m sorry I can't let you keep doing this.”

It’s still unclear who sent the bobcat to level the track. But - the land belongs to the San Diego Housing Commission.

Miller is a parent of two boys and says he started building the track last March after coming across the empty land. He added the jumps and curves, thinking it would become a sort of secret playground.

“I thought myself and a couple of other dads involved would have a small little track that or six or seven kids knew about. I had no idea that this many people loved it,” he said.

Monday night several families showed up for a rally to save the park, expressing their affinity for the neighborhood track.

“This is the most awesome-est place in the world,” eight-year-old Jude Hudson said, “So much fun because there are some bumps and curves.”

“We don’t want this to go. This a good place to be and to exercise and to keep them off their phones." Jon Erb said. "You got parents that come out here on a daily basis, so you got chaperones down here and keeps them away from drugs.”

When 10News asked what the deal with the empty land was, the San Diego Housing Commission sent the following statement:

“An unauthorized and unpermitted makeshift bike park was set up by unknown individuals on the undeveloped property that is owned by the San Diego Housing Commission (SDHC) at the corner of Famosa and Nimitz Boulevard.

Some of the no trespassing signs placed on the property by SDHC have been removed. Without sufficient insurance, SDHC, a public agency, cannot allow the property to be used as a bike park.