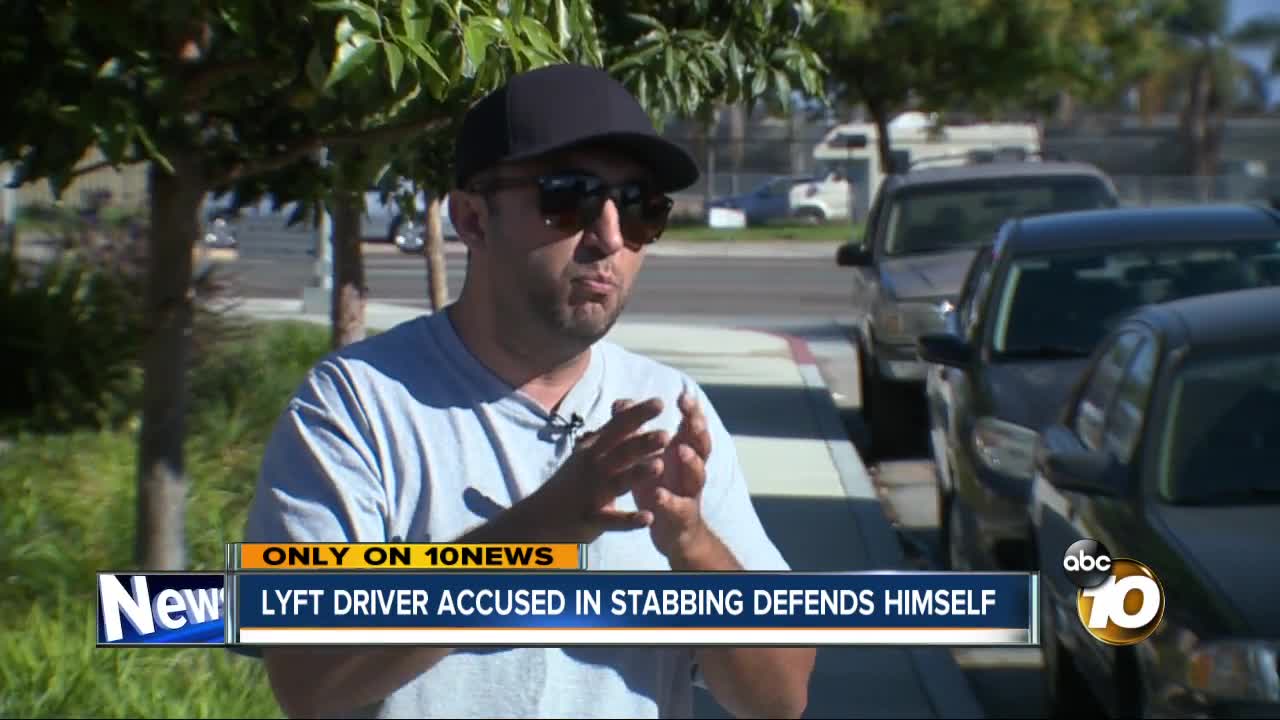 The San Diego Lyft driver accused of stabbing a passenger in the chest last weekend, claims it was in self-defense. Police say the stabbing happened early Sunday morning in Linda Vista. 10news Anchor spoke with the driver, who is now out of jail. 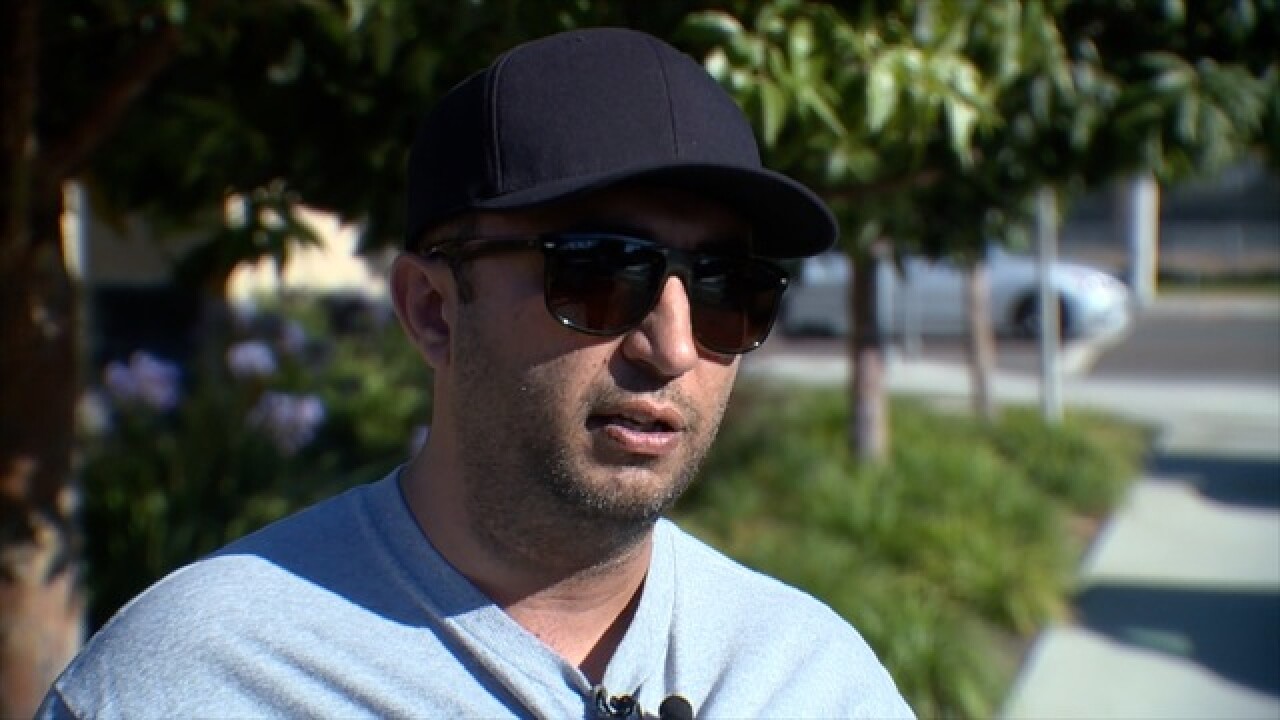 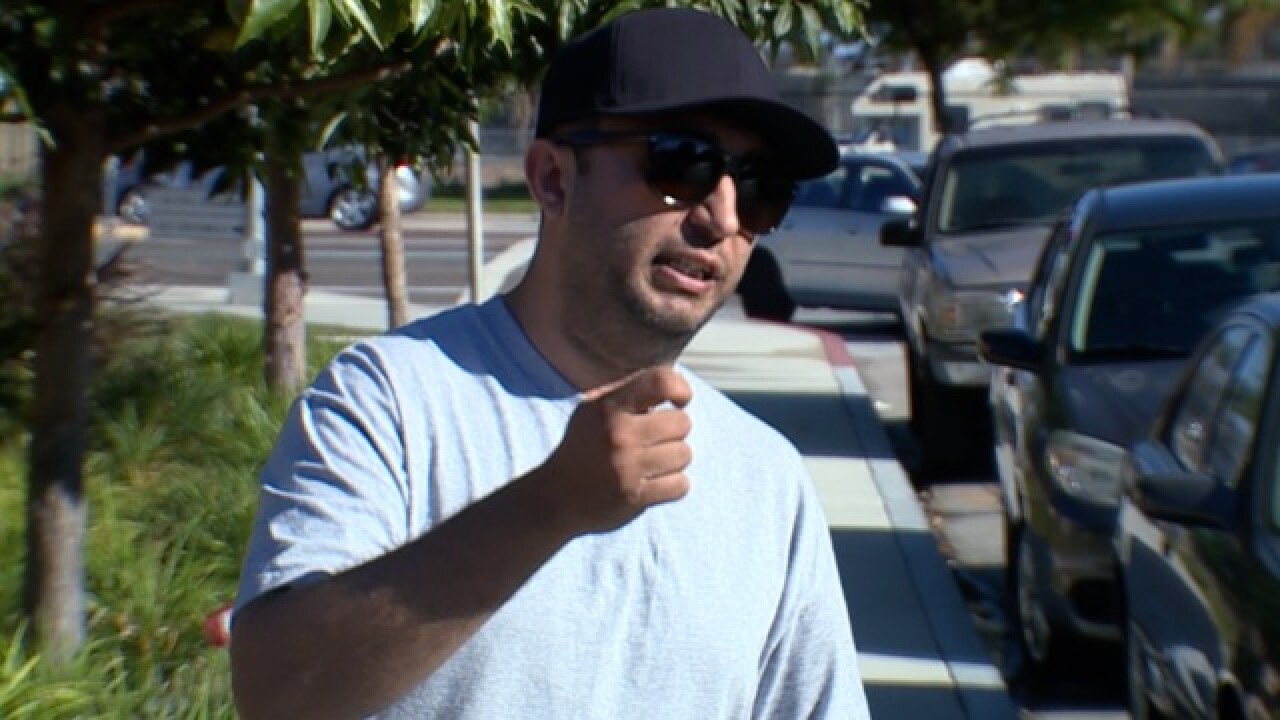 SAN DIEGO (KGTV) -- The San Diego Lyft driver accused of stabbing a passenger in the chest last weekend, claims it was in self-defense. Police say the stabbing happened early Sunday morning in Linda Vista. 10news Anchor spoke with the driver, who is now out of jail.

Ali Kendirli says he's given almost 4,000 rides and has a 98-percent satisfaction rating. Since the stabbing, Lyft has permanently deactivated him. But Ali says it was the passenger who started the fight and refused to back down.

Ali says he picked up two women and a man shortly after midnight on Sunday and that all three were intoxicated. Things got heated when they couldn't give him an exact drop off location.

The first two addresses were wrong and in the ride-share business...time is money.

"I went to the third address and they said 'oh, it's not the address again,' and I'm like, hey man, I think you guys should get out from my car."

The male passenger didn't like that suggestion, Ali said.

"(He said) 'you cannot make me get out from the car because I'm paying you,'" Ali said. " I'm like, I already finished your ride two stops before, so this is for free.  I'm doing you a favor right now."

That's when the situation got violent.

"He punched me from here," Ali said, pulling down his sunglasses to show 10News where the passenger hit his right eye. "And then he hit me a second time to my forehead."

Ali says he got out of the car to try and get the girls out of his car, but the man didn't back down. Instead, the male passenger followed him out of the car, grabbed him and even pushed him to the ground.

"I felt that he's gonna really hurt me," Ali said. That's when he pulled his swiss army knife from his pocket.

"I showed him the knife and I said 'stop hitting me man,'" Ali said.

But according to Ali, the man kept coming at him.

"I was just trying to defend myself.  I didn't even see, I didn't even intentionally do anything," he said. " Within that blurry moment, that happened. I didn't even know I actually hit him with knife."

Ali says he drove away not realizing what happened but the women had already called 911. But the knife did get the man, slicing into the man's bomber jacket and sending him to the hospital with non-life threatening injuries.

"They lied and they blamed me and trying to show me as a bad guy," Ali said.

Police contacted Ali and had him return to the scene. When he arrived he was arrested.

Lyft was providing Ali with a car, so he is no longer mobile. He's also out of a job, hoping to get his name cleared in court.

Ali is charged with assault with a deadly weapon. His court date is July 10.
10News reached out to Lyft for comment, but has not heard back.