Love & Money: 4 things you need to ask your mate 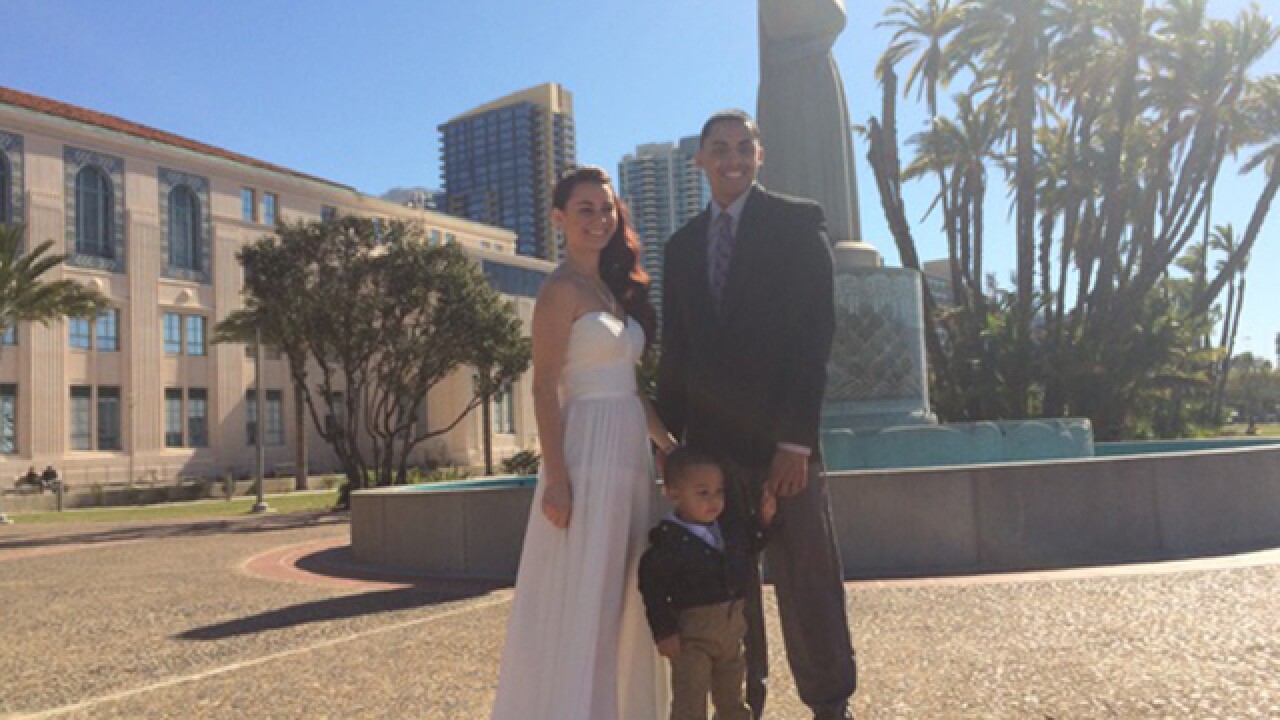 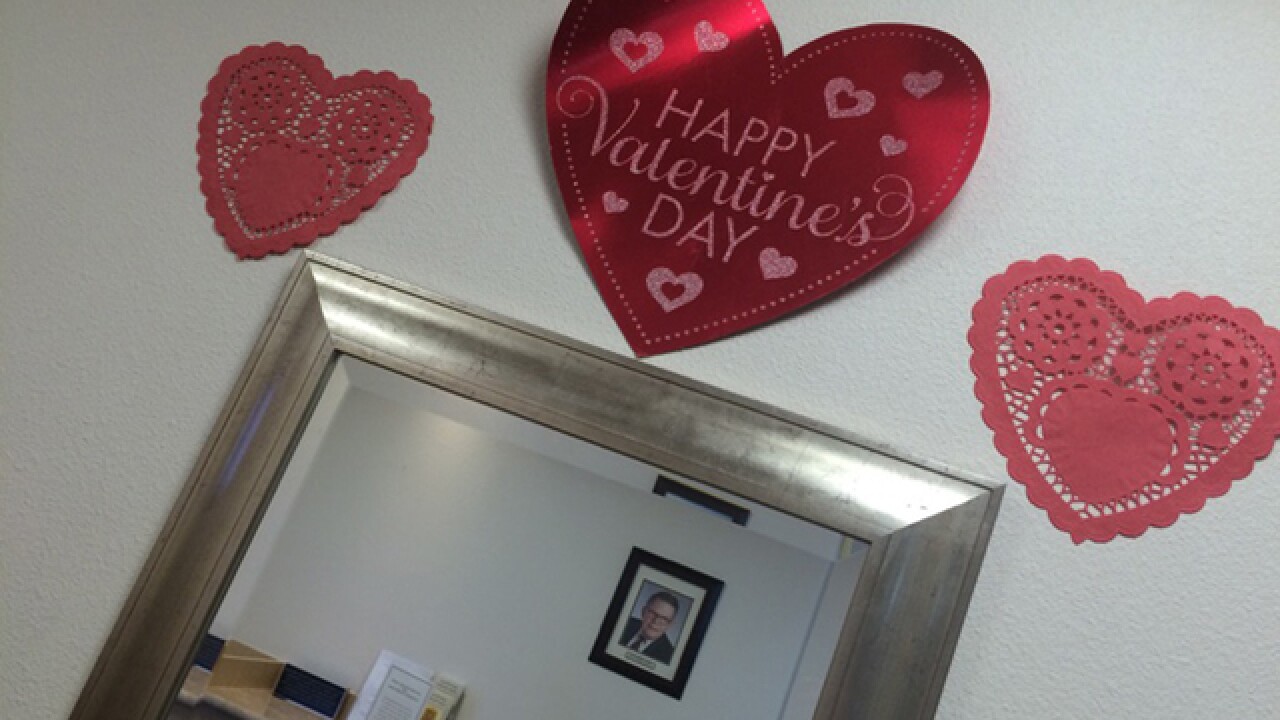 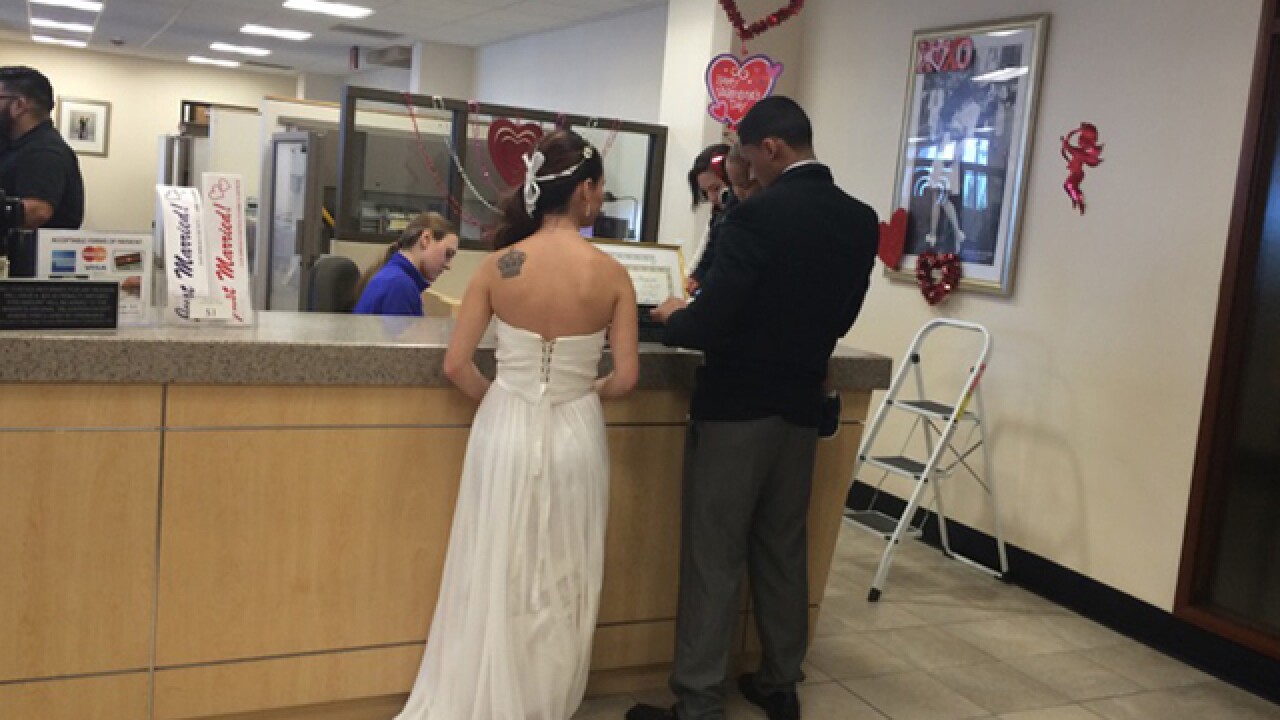 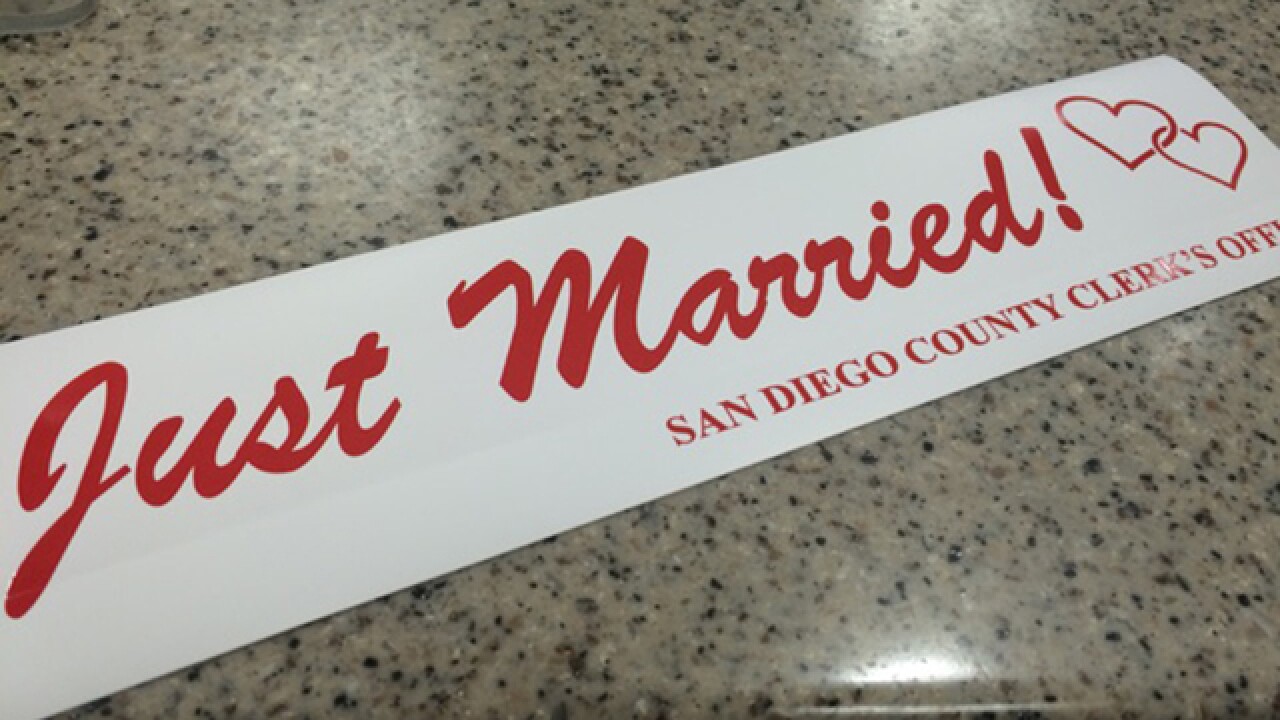 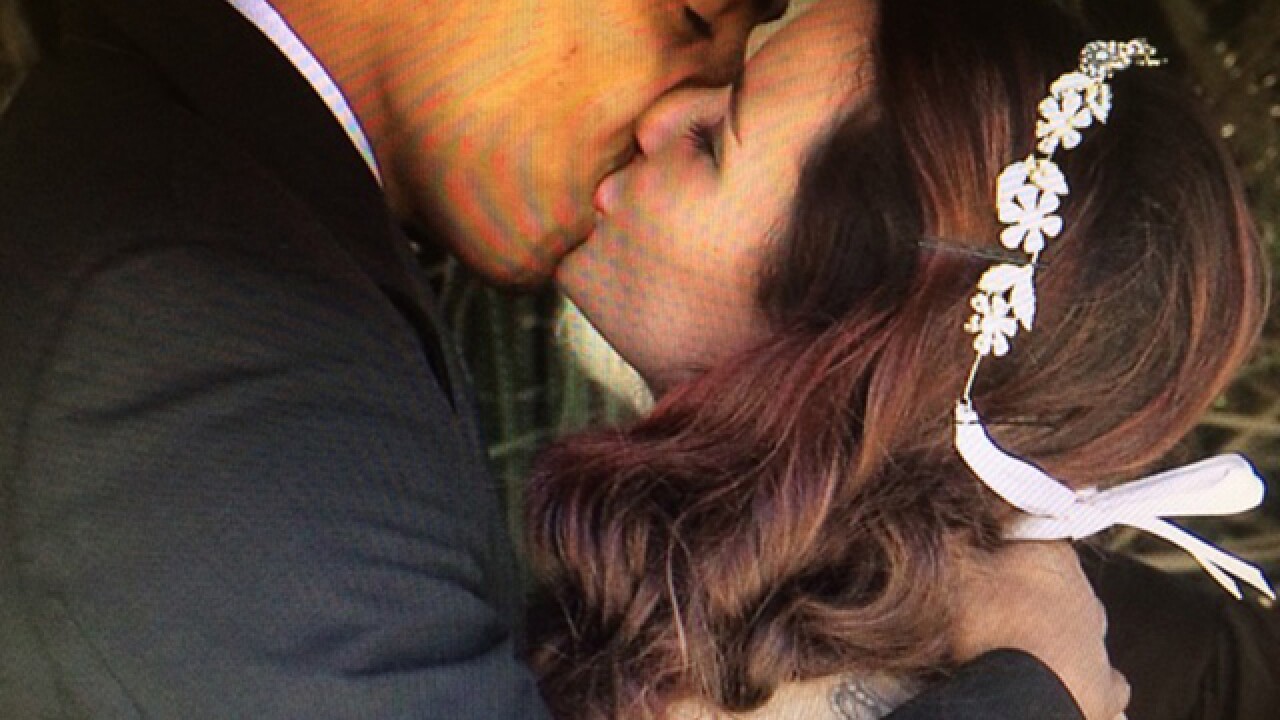 The San Diego County Assessor's Office is decked out for Valentine's Day.

Hearts hang from the ceiling, cupid cutouts are on the wall and Emily Pleasant's engagement ring is on the counter as she fills out an application for a marriage license.

She's wearing a strapless wedding gown and a band of flowers in her hair. Her fiancé, Damion, and 2-year-old son, Rylan, are by her side.

How excited is the couple to be getting married?

Both Emily and Damion Pleasant are 2nd Class Petty Officers in the U.S. Navy. These active-duty sailors are on the same page when it comes to money.

"We have a savings plan we go by -- every month we save a little money," explained Emily.

They have their savings automatically deducted, something financial experts highly recommend.

Professional matchmaker Megan Buquen would probably recommend it as well.

"I found the number one thing couples fight about is money, and it's important from the beginning they have a clear mutual understanding of how they treat money," she told 10News.

Buquen suggests that couples answer the following questions before getting married:

Buquen said she's heard husbands complain that their wives are "spending too much." On the flip side, wives will often have their own set of complaints.

"She thought he was going to completely provide, but he's hoping she'll work some of the time. There's always some misunderstanding on that level," said Buquen.

10News spoke to a few different couples outside the County Administration building on Pacific Highway. Ruthy Kligerman and Richard Pulido said "money doesn't get in the way" in their relationship. Both told 10News they're savers who strategize together on big purchases.

"I think another reason is being responsible," Pulido added.

One financial expert on About.com suggests that couples designate a "bill payer."

Terri Campbell told 10News she's the designated bill payer in her marriage, saying, "It puts someone in control so you know how much you have left, what's being taken care of."

Another piece of advice culled from two different financial planners online: have at least one credit card in your name, even if you're married. Experts say you need to build up your own credit history in case you get divorced or your spouse dies.