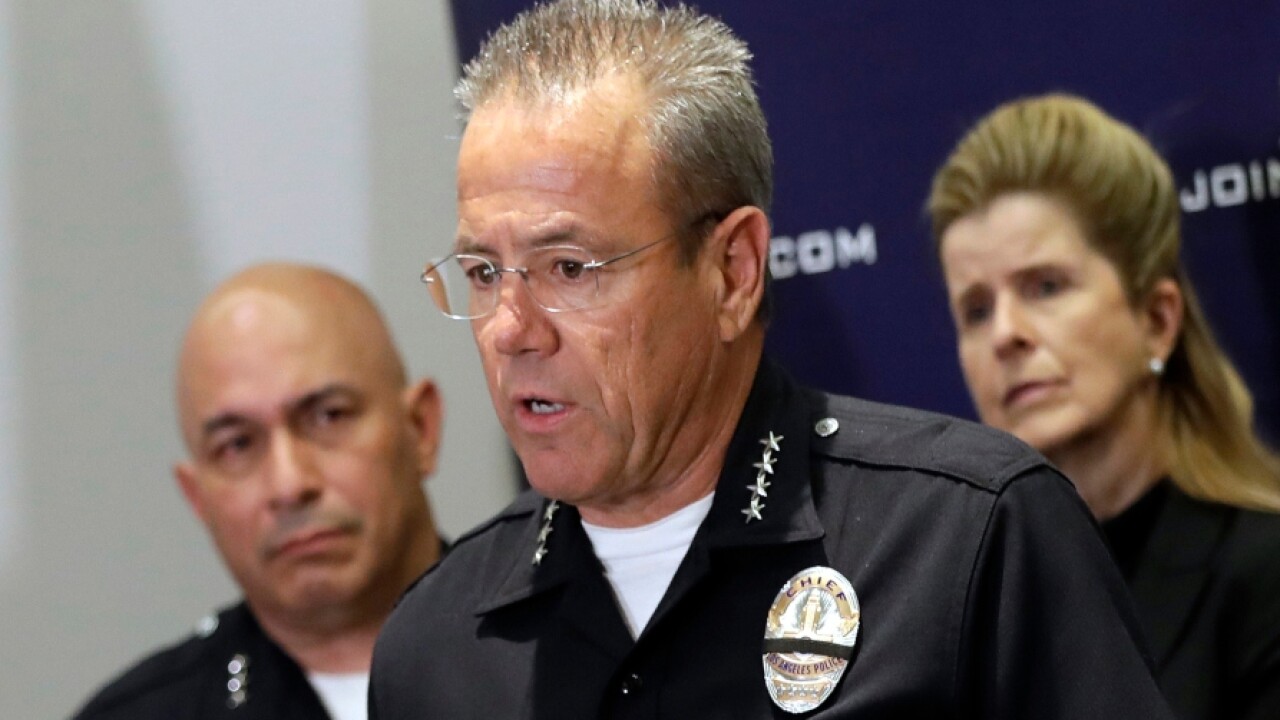 LOS ANGELES (CNS) - Los Angeles Police Department Chief Michel Moore apologized Monday evening for a remark he made earlier in the day, claiming that people using violence and capitalizing on George Floyd's killing in Minneapolis police custody were as responsible for his death as the now-fired officers.

Moore said at a late-afternoon news conference that about 700 people were arrested Sunday during mass protests over Floyd's death and police brutality. He noted that about 10% of those arrests were for burglary or looting, saying, "We didn't have protests last night, we had criminal acts."

"We didn't have people mourning the death of this man, George Floyd, we had people capitalizing. His death is on their hands as much as it is those officers," Moore said.

He apologized minutes later, saying he "misspoke when I said his blood is on their hands" and that he regretted "that characterization."

Moore went on to say that he did not regret nor would he apologize to the people "committing violence, destroying lives and livelihoods and creating this destruction."

On Monday night, he tweeted, "I misspoke when making a statement about those engaging in violent acts following the murder of George Floyd."

There were many tweets calling for Moore's resignation, interspersed with an occasional statement of support for the police chief.

Around 11 p.m., Moore offered an official apology in which he said, "I recognize that my initial words were terribly offensive. Looting is wrong, but it is not the equivalent of murder and I did not mean to equate the two. I deeply regret and humbly apologize for my characterization. Let me be clear: the police officers involved were responsible for the death of Mr. George Floyd."