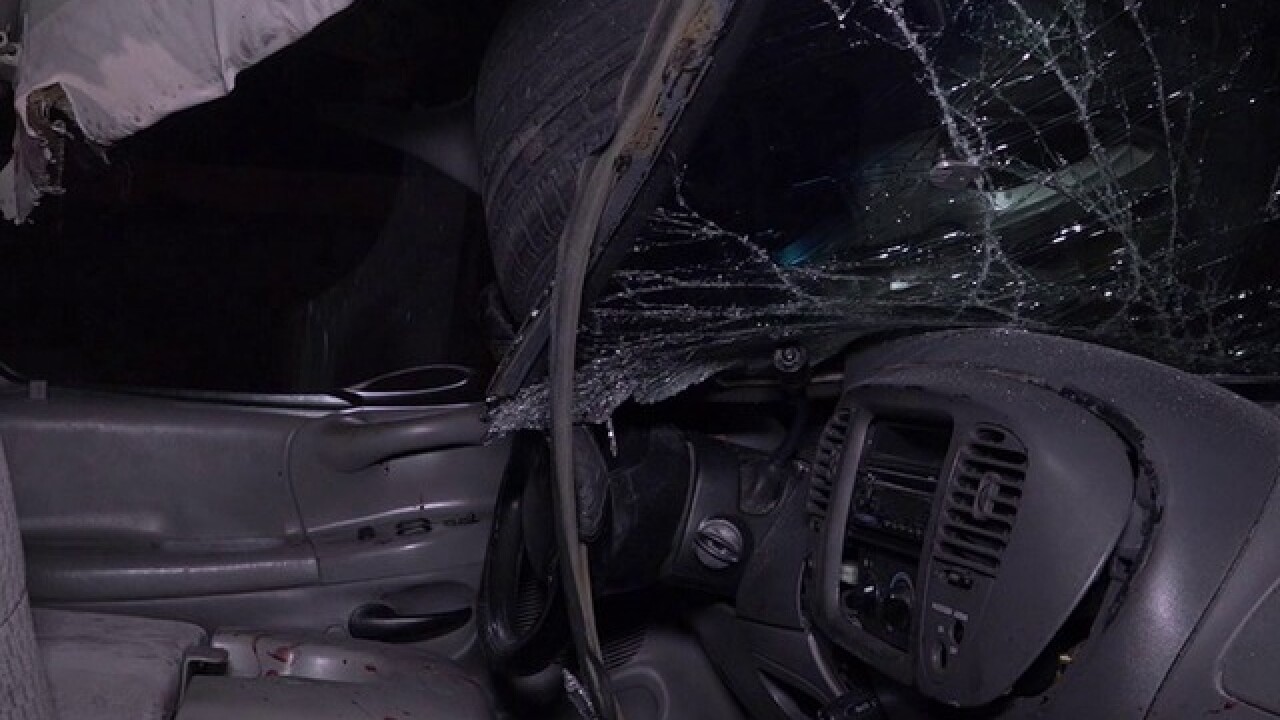 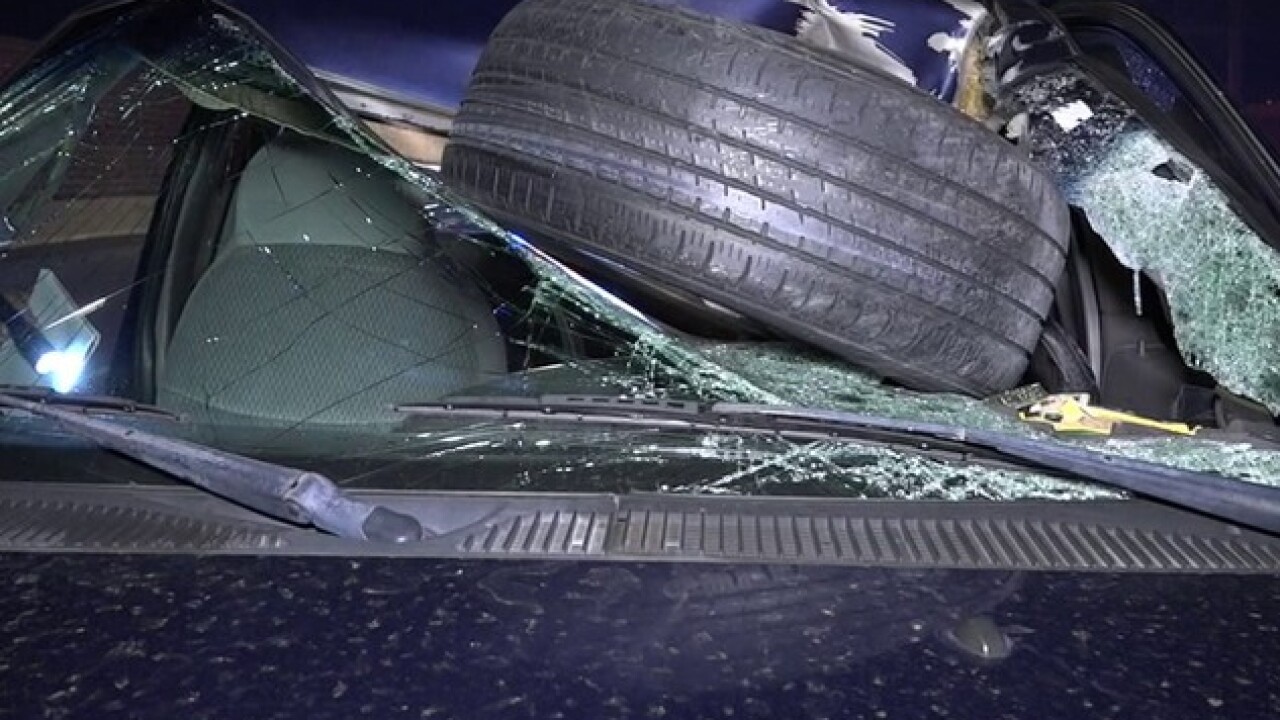 By: 10News Digital Team, Astrid Solorzano
Posted at 4:55 AM, Apr 01, 2016
BONITA, Calif. – A man remarkably survived a bizarre crash after a tire fell off a car on State Route 54 in Bonita and smashed through the windshield of his moving pickup truck late Thursday night, lodging itself in the glass.
The incident occurred at around 10:30 p.m. on eastbound SR-54 near State Route 125. According to witnesses, the tire broke loose from an Infiniti sedan that was traveling west on SR-54. The tire crossed the center divide and flew up into the windshield of a moving eastbound truck. The tire embedded itself into the driver's side of the windshield.
The truck somehow avoided crashing into any other vehicles. CHP reported that the driver, 47-year old Salvador Castillo, was transported by ambulance to Scripps Mercy Hospital Chula Vista with minor injuries. However, a relative of the man later told 10News he underwent surgery for serious facial injuries and may have to undergo a second surgery.

His brother, Jorge Castillo says he’s lucky to be alive. “He had a lot of glass in his [eyes] and his left eye has suffered major trauma."

Castillo says his sister woke him up early Friday morning with the news. He thought it might have been a joke for a split second. “I was kind of shocked and you know it’s April Fools.”

Doctors are unsure if he will fully recover. “He suffered a lot of scratches on his actual eye on his retina,” said Castillo. He said he’s lucky his brother survived. “It could have been a lot worse.“

Castillo's family wants to know who to hold accountable.

CHP officers explained, this is an uncommon accident, but  the victim’s family can file a claim against the driver who initially lost the tire.

The woman driving the Infiniti told California Highway Patrol officers the car felt wobbly just prior to the tire coming off. She was not hurt.
CHP is investigating how the tire came off of the car.
Scripps Only Content 2015