Lombok earthquake death toll rises to 105 amid search for survivors 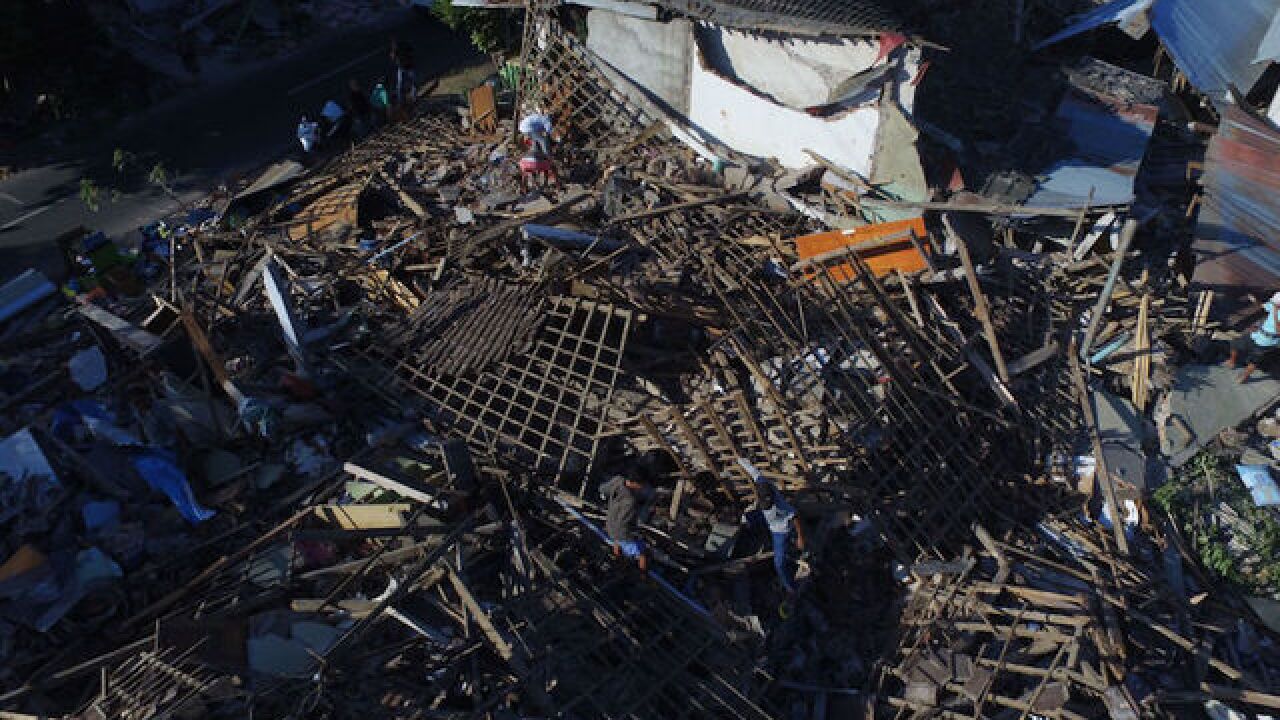 Image copyright 2018 Getty Images. All rights reserved. This material may not be published, broadcast, rewritten, or redistributed.
Ulet Ifansasti
<p>An aerial view of collapsed houses following earthquake in Gunung Sari on August 7, 2018 in Lombok Island, Indonesia. Nearly 100 people have been confirmed dead after a 6.9-magnitude earthquake hit the Indonesian island, Lombok, and neighbouring Bali which left at least 20,000 people homeless. Based on reports, officials believe that the death toll may rise with aftershocks expected to rattle the area and aid agencies say their priority is to now provide shelter for displaced people. </p>

At least 105 people are dead after an earthquake rocked the Indonesian island of Lombok over the weekend, state media reported Tuesday.

Another 236 people have been injured in the quake, according to the government's disaster management spokesman Sutopo Purwo Nugroho, who told the Antara News Agency that the casualty numbers could rise as the search continued for survivors.

More than 20,000 people have been displaced since the 6.9-magnitude quake struck Lombok, a popular tourist destination, on Sunday night.

The epicenter of the earthquake was in northern Lombok, a more residential and less developed part of the island. Most of the tourist resorts are located on the southern side of the island.

Most of those killed were struck by falling debris from collapsed buildings, according to Nugroho. Among the many buildings destroyed on Lombok were two homes which housed around 80 underprivileged children.

The roads in the jungle leading to northern Lombok were treacherous and badly damaged in the quake, which is likely to hamper aid efforts, said Endri Susanto, who runs a nongovernmental organization assisting with relief efforts.

Emergency personnel raced to evacuate thousands of tourists from the three small Gili Islands after the earthquake struck. The islands, famous for their white sandy beaches and clear waters, are located near the epicenter.

"Everything started moving; the noise was deafening. We ran out into the street and a friend and I stood in the parking area hanging on to a parked car which was also swaying severely," said retiree Deborah Storck, who was about to eat dinner at a restaurant on Lombok's west coast when the quake hit.

The earthquake was also felt in neighboring Bali, another popular tourist spot. More than 100 aftershocks rattled the region after the main quake.

Lombok's airport has reopened and has significantly increased the amount of flights coming in and out from the island.

The devastation came a week after the region was hit by a 6.4-magnitude quake that left at least 15 people dead and 162 injured.