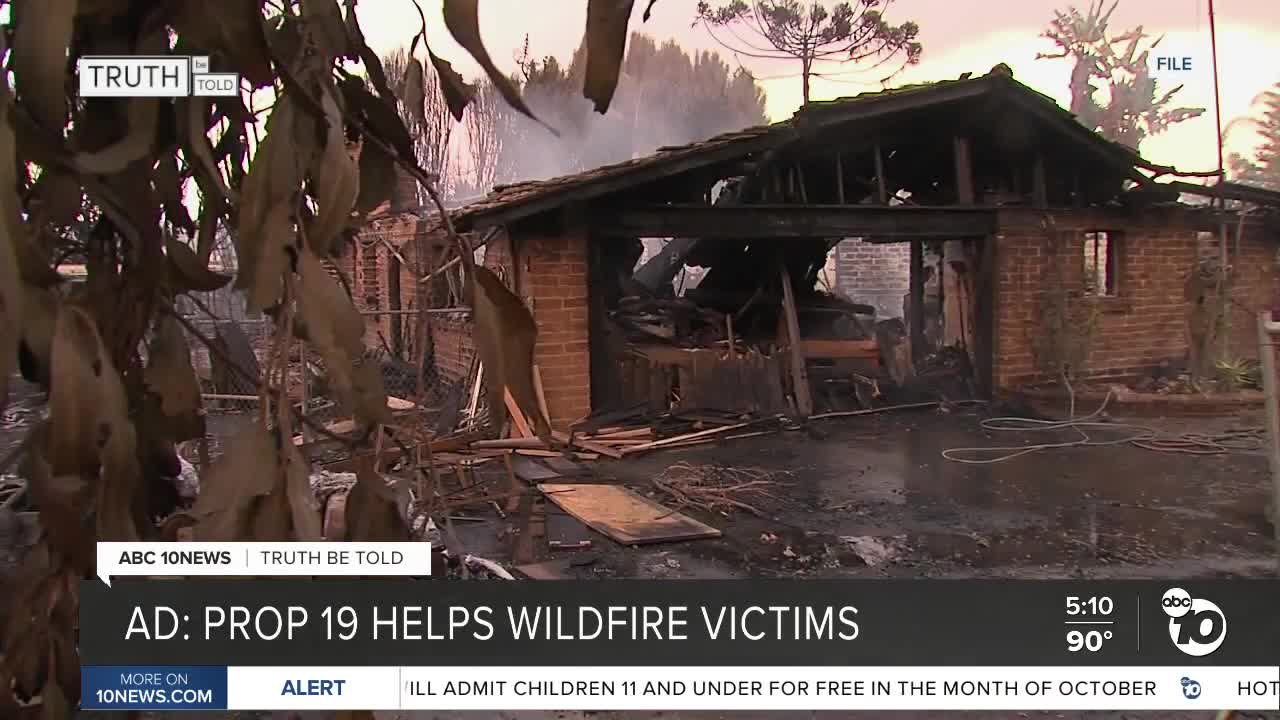 A new political ad says California's Prop 19 will end a "tax penalty" on homeowners who lost their homes in a wildfire. 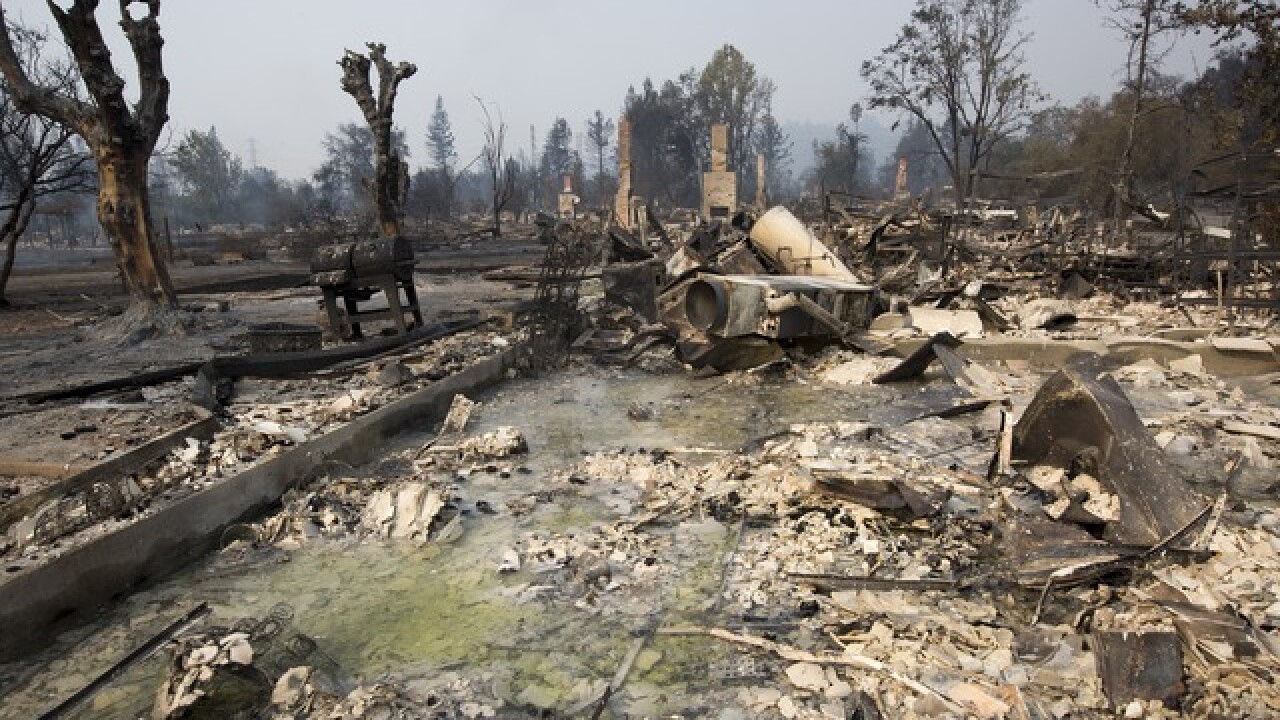 SAN DIEGO — A new political ad is pushing a proposition it says will eliminate a "tax penalty" on homeowners whose homes burn down in wildfires.

That measure, Proposition 19, would allow homeowners who lose their homes in a wildfire or natural disaster to transfer their property tax base to a replacement home anywhere in the state. That's important because in California, homeowners pay their property tax based on the value of a home when they buy it, under 1978's Prop 13. It only increases incrementally after. Therefore, buying a new home could cause a family's property tax bill to skyrocket.

A new ad released by the Yes on 19 campaign, funded largely by the California Association of Realtors and California Firefighters Association, emphasizes that point.

"It limits property taxes on wildfire victims, so families can move to a replacement home without a tax penalty," the ad says.

Truth be Told, the benefit currently exists in California, but only in the county where a governor-declared disaster happened, or counties that accept transfers, which San Diego County only began doing two years ago. Prop 19 opens it to the whole state.

Anurag Mehrotra, a professor of finance in San Diego State University's School of Business, said being unable to transfer the property tax basis does equate to a tax penalty.

"The person did not light his own house on fire, he was continuing to live there. I lost my house, now I have to buy a more expensive house," he said. "And when I get reassessed I'm basically going to be charged a higher amount."

Proposition 19 does more than just allow the transfer for wildfire victims. It also allows up to three property tax base transfers for homeowners 55 and older, and those who are severely disabled. They can use it for any property, anywhere in the state.

Another change, however, is that inherited properties are reassessed unless the recipient uses it as his or her primary home. Currently, heirs benefit because the property tax base transfers with the property, making for a big tax break. Under the proposition, there would be an adjustment upward, no matter the situation, if a market value of a home is above $1 million.