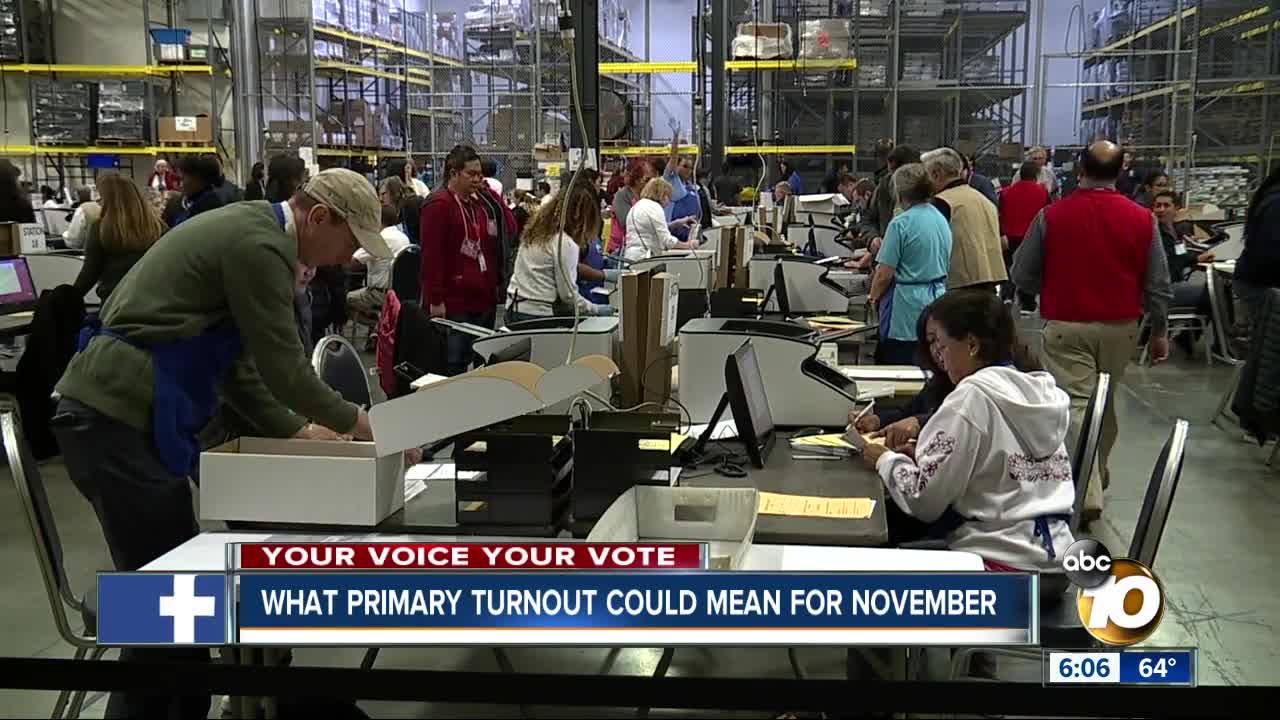 The San Diego Registrar of Voters is revising down its expected turnout numbers for the March primary from earlier projections.

SAN DIEGO (KGTV) — The San Diego Registrar of Voters is revising down its expected turnout numbers for the March primary from earlier projections.

With an estimated 290,000 ballots still outstanding as of Thursday evening, turnout is now expected to fall between 47 and 52 percent of the county's registered voters. This means turnout will look similar to 2016's primary, which had about 50 percent participation.

Original projections in January from the Registrar of Voters showed expectations of turnout between 55 and 60 percent. That number was revised in February to between 50 and 55 percent.

"It looks like turnout in this primary is about what it was in 2016 in San Diego," said professor Thad Kousser, department chair of the UC San Diego political science department. "We didn't see the spike we were expecting."

However, Kousser points out that using turnout percentage can be misleading.

Because of California's new Motor Voter law, there are more than 300,000 more registered voters in San Diego County than there were in 2016. Therefore, a matching 50 percent turnout would actually mean tens of thousands of new voters cast ballots in the 2020 primary.