Issa, Campa-Najjar within margin of error in latest scientific poll 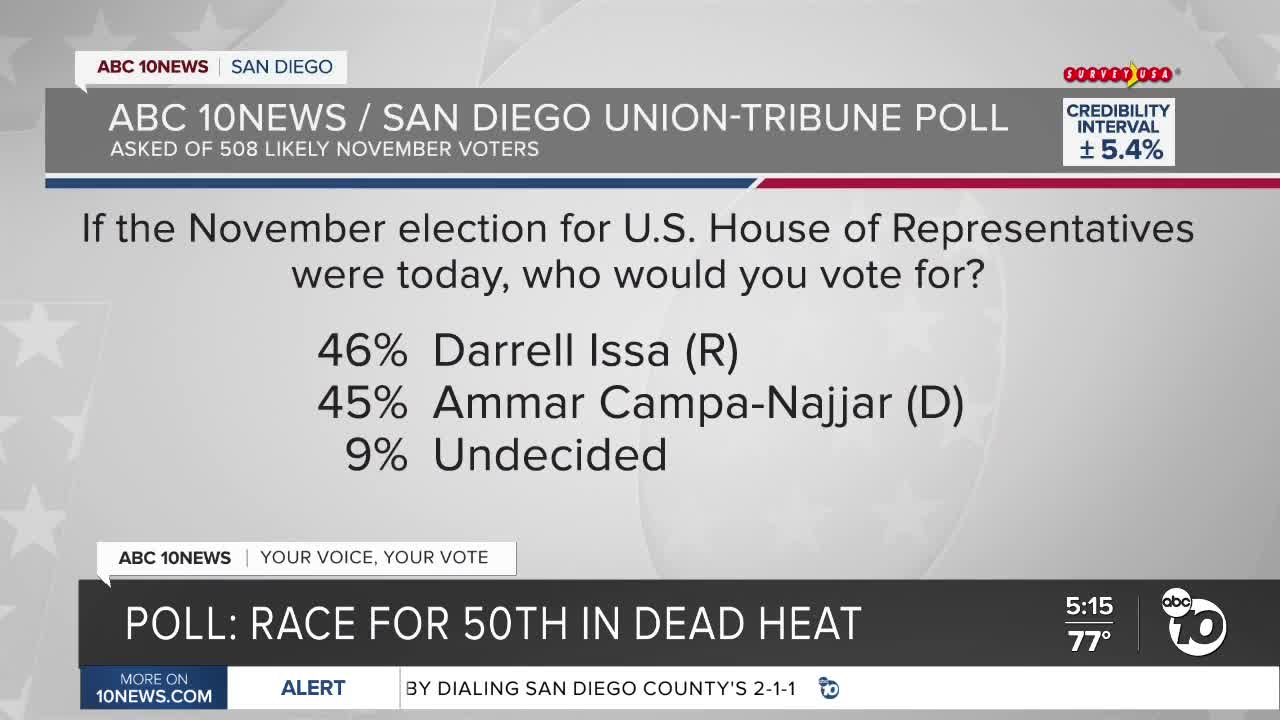 The race to replace former Congressman Duncan Hunter in California's 50th Congressional District is in a virtual deadheat, according to a new scientific poll. 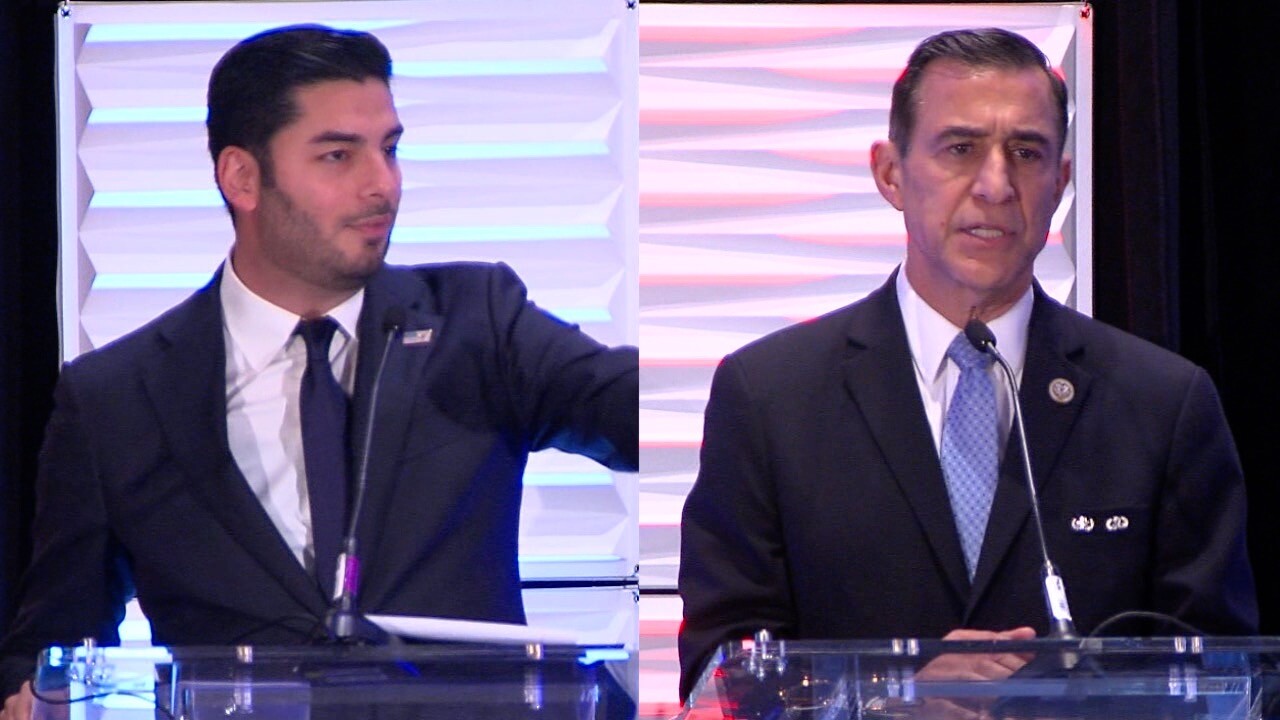 SAN DIEGO — The race to replace former Congressman Duncan Hunter in California's 50th Congressional District is in a virtual deadheat, according to a new scientific poll.

“This poll I think is a shocker for many political observers, including myself,” said Thad Kousser, political scientist at UC San Diego. “You have an establishment, well-known candidate in Darrell Issa with proven fundraising ability in a district that until a couple years ago was the reddest district in California, so many people thought that by this time the real start of the campaign season Darrell Issa would have a huge lead over Ammar Campa-Najjar.”

Hunter resigned in January after pleading guilty to a single felony conspiracy count. Federal prosecutors accused him and his wife Margaret of misusing $250,000 in campaign funds. Hunter, under indictment during the 2018 election, still defeated Campa-Najjar by 3 percentage points, or 9,000 votes in the 50th District, which leans Republican.

Campa-Najjar is running in 2020 to take the open seat. He secured the most votes in the Super Tuesday primary against a split Republican field, with Issa coming in second. Still, the Republican votes combined outnumbered Campa-Najjar in the March primary. By registration, Republicans outnumber Democrats in the district by about 33 percent.

Issa, a longtime veteran of the House of Representatives, last represented the coastal 49th District. He did not seek re-election in 2018 amid changing voter registration. He is now running to go back to Washington, D.C., in the 50th District, which extends from parts of El Cajon into southern Riverside County.

Issa, a staunch ally of the president, expressed confidence in his campaign Tuesday.

"The policies of this president, this administration, are my policies," he said. "Free and fair trade, enforcement of the borders, a recognition that the constitution is as it is."

Campa-Najjar, while a Democrat, said district voters are taking to his independent voice.

"I stand with the people of the 50th through thick and thin," he said. "When our back's against the wall, I'll have my back and I'll have their back. I won't care about the partisan stuff. I focus on my district every time."

The poll also showed Joe Biden leading Donald Trump in the race for president 48 to 45 percent. Trump won that district over Hillary Clinton by 15 points in 2016.