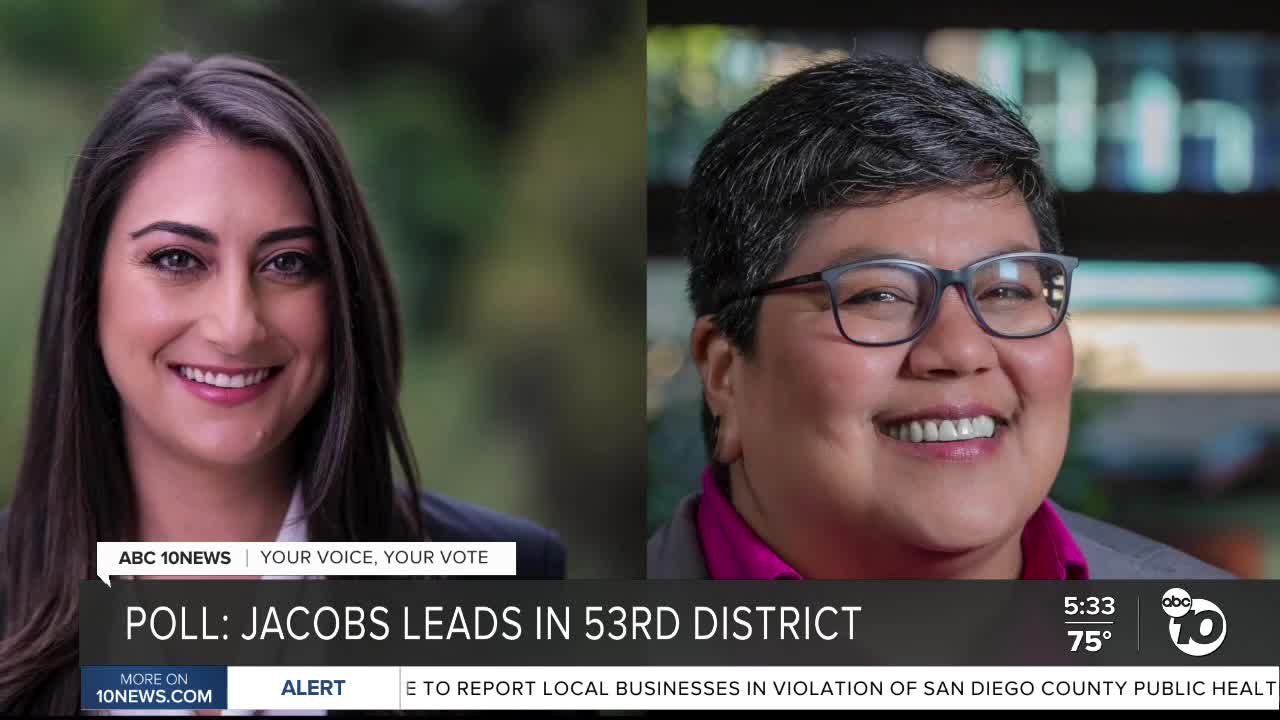 Democrat Sara Jacobs is leading Democrat Georgette Gomez in the race to represent California's 53rd District in Congress, according to a new scientific poll 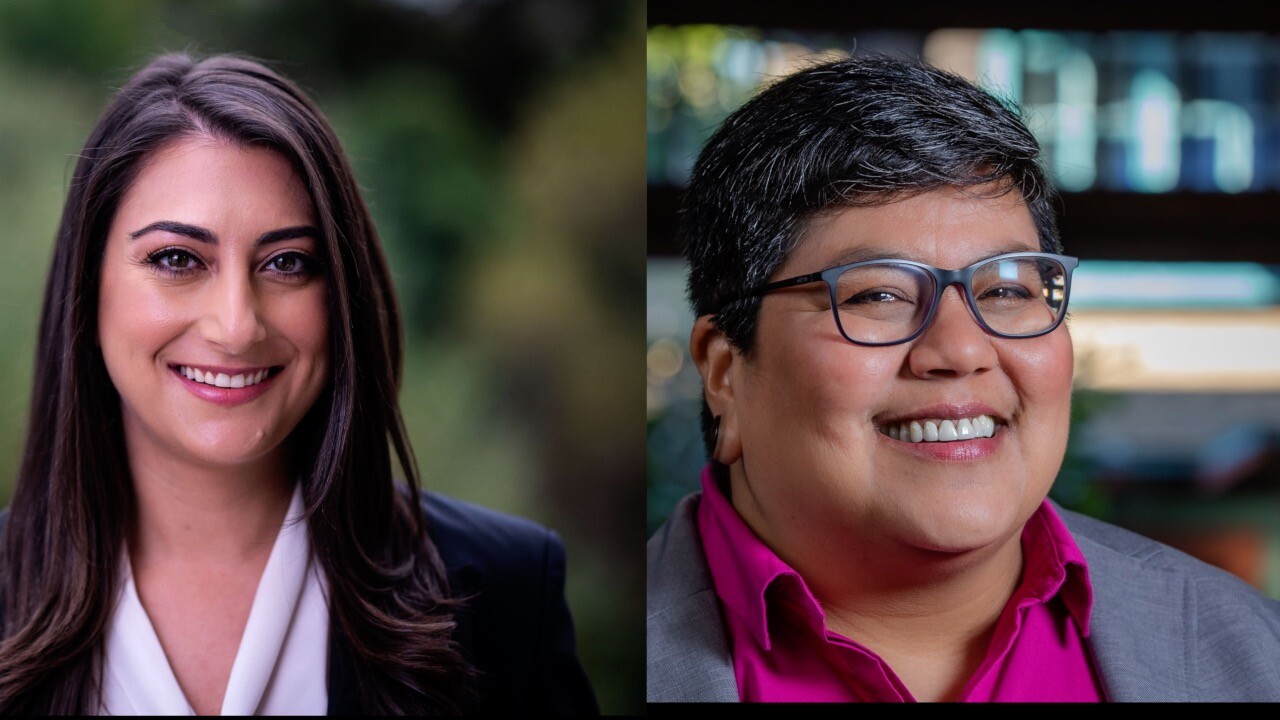 SAN DIEGO — A leader has emerged in the battle between two democrats to represent California's 53rd District in Congress, according to a scientific poll released Tuesday.

Sara Jacobs is leading Georgette Gomez 38 percent to 24 percent in the race, with 38 percent still undecided, an ABC-10News Union-Tribune says.

Jacobs, a nonprofit founder who served in Obama's State Department, is leading Gomez among Democrats, Independents and Republicans who say they have made up their minds.

Gomez, currently the San Diego City Council president, is leading Jacobs among the youngest voters, those between the ages of 18 to 34.

Thad Kousser, a political scientist at UC San Diego, said the poll still shows the race isn't over, despite Jacobs' big lead. Kousser noted Jacobs still has not secured at least 50 percent of the vote, according to the poll.

"We're going to see an all-out press and more money spent by each of these candidates because they see that this race is far from over," Kousser said. "Sara Jacobs hasn't closed the deal, Georgette Gomez still sees a light at the end of the electoral tunnel from this poll."

"It's always nice to have polls reflect what we're feeling on the ground, which is that what voters are looking for in this district is someone who has the kind of experience I have working in the federal government and who will be a new generation of leaders," Jacobs said in an interview.

In a statement, a spokesperson for Gomez's campaign expressed confidence.

“It’s still early and not a single vote has been cast," the statement said. "Georgette Gómez’s message of leadership in response to the coronavirus crisis and standing up to Trump as President of the San Diego City Council is starting to reach voters. Our campaign is ramping up its efforts to reach voters in every corner of the district."

Kousser said Jacobs likely has more name recognition, given her ads and her unsuccessful attempt in 2018 to run for Congress in Coastal North County's 49th District. In the case of Gomez, he said local politics such as City Council does not garner as much attention as it should.

The poll, of 534 likely voters, showed 63 percent of the undecided voters are Republicans, in the heavily blue district. Kousser said they simply may decide not to vote in that race.

The seat came open after Democrat Susan Davis announced she would retire after serving for nearly 20 years.