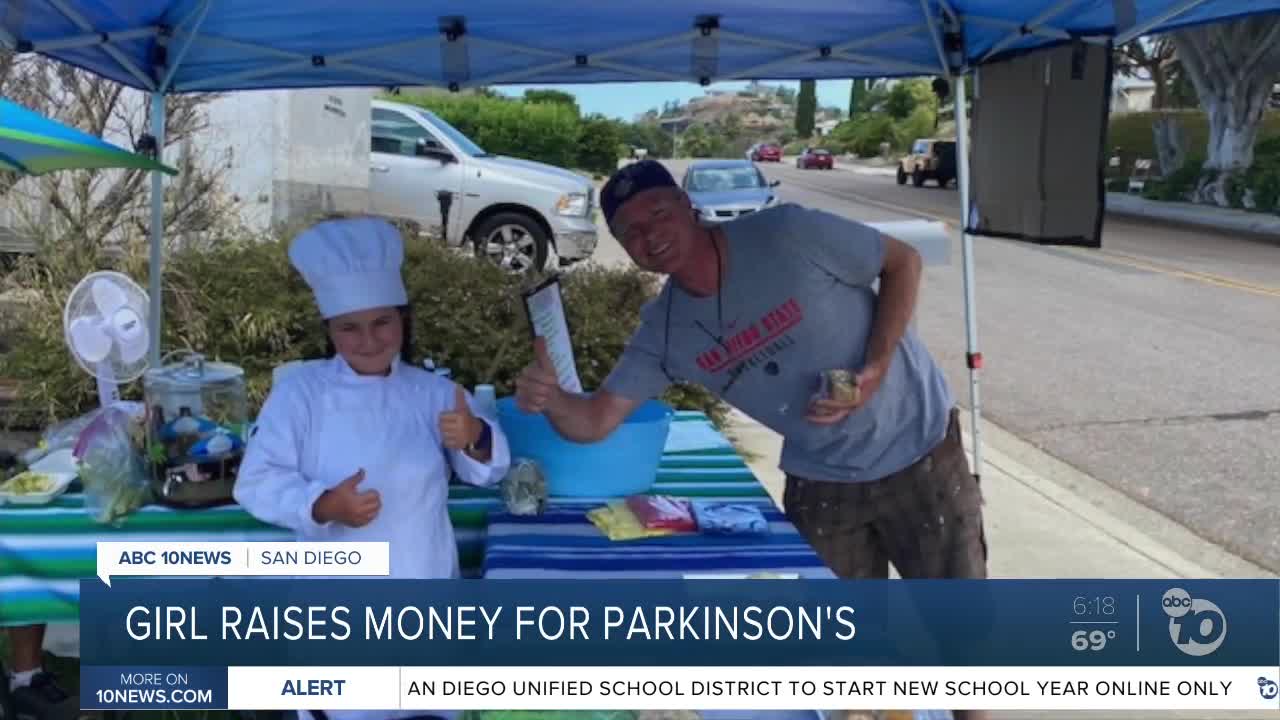 La Mesa, Calif. (KGTV) - An innovative young baker from Mount Helix is raising money for Parkinson's disease research in honor of her beloved grandfather, who is battling the disease.

As many have done during these unusual times, Zoe Bernard took on a popular pandemic hobby.

"I learned how to make banana bread," says the 9 year-old.

As Zoe perfected the recipe, she felt like something was missing, so she started experimenting with different ingredients, getting more bold as her creations continued to receive rave reviews from friends and neighbors.

She took custom orders, adding nuts, candy bar pieces and including a couple of secret ingredients.

The warm reception led her to begin selling her creations, but not to pad her own pockets. She and her mother Tina Contogenis discussed what would be most beneficial.

Zoe decided to donate her profits to the Michael J. Fox Foundation for Parkinson's Disease research.

Her "Papa" Joe Contogenis was diagnosed with the disease three years ago. The tough Marine is facing a difficult battle, with a tremor in his arm, and an increasing number of hard days.

Zoe and Joe have a special relationship. Joe lives five houses down from Zoe. He describes her as "an incredible young person with the biggest heart."

Their neighbors have caught on to Zoe's effort, adding items to sell at a bake sale last Saturday, or overpaying and refusing to take their change.

Tina says they've been overwhelmed by the response. Their landscaper donated $300, and other neighbors paid with hundred dollar bills.

Her biggest problem is ensuring she has enough ripe bananas to make enough for the sale this coming Saturday.

Zoe has surpassed her thousand dollar goal, raising $1400 for the foundation, and she wants to keep going.

Saturday's sale will be from 10 a.m.-3 p.m. on Agua Dulce Boulevard between Toledo and Alta Terrace.

Click here for more information on Zoe's efforts, including how you can help.