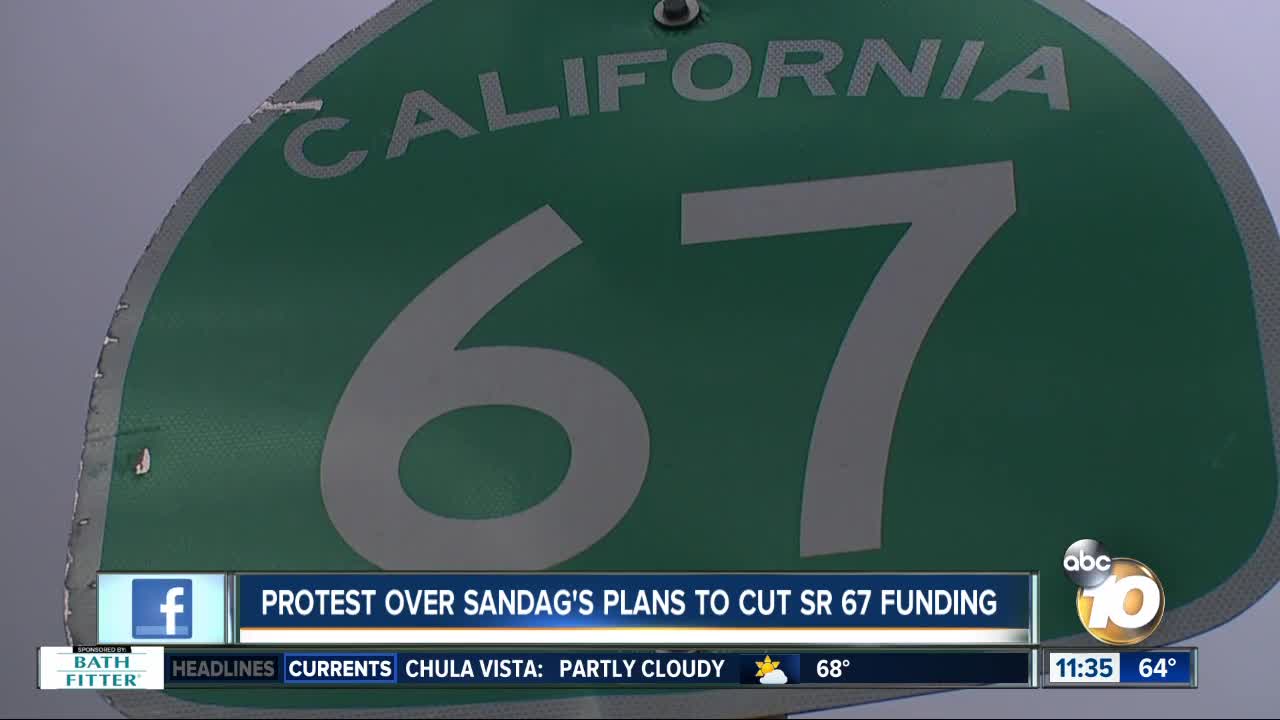 State Route 67 serves as a main roadway in and out of Ramona and north Lakeside, but SANDAG's plan to halt expansion plans could pose a danger to the public, some say. 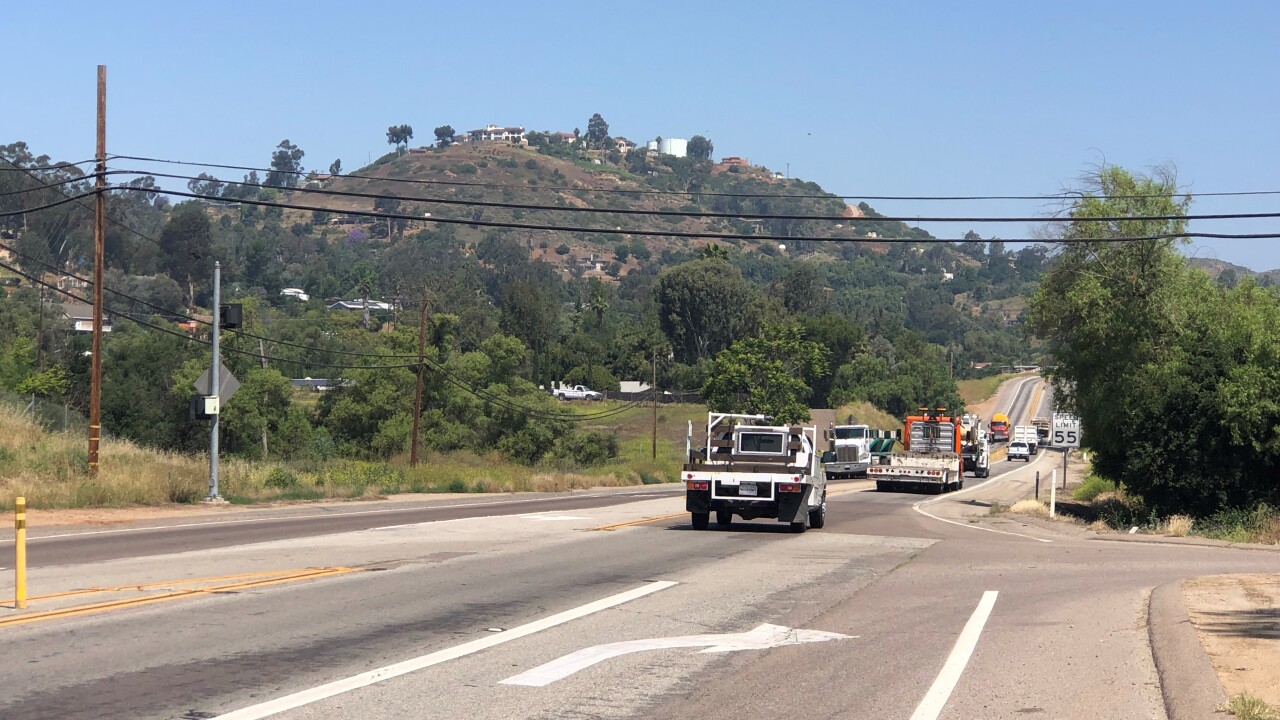 SAN DIEGO (KGTV) - Some San Diego County Board of Supervisors stood with several wildfire evacuees along state Route 67 in the Ramona area Wednesday to protest plans by SANDAG to divert funding meant for road expansions.

SR-67 was included on a list of projects to be completed. SR-67, between Ramona and Lakeside, is a critical escape route during wildfires.

In 2007, mass evacuations during the Witch Creek Fire caused traffic jams and left roads backed up for hours. Residents told 10News they’ve been waiting for road expansions since then.

Now, SANDAG’s executive director wants to divert the TransNet funds and use the money for a new mass transit vision.

10News received the following statement from SANDAG Executive Director Hasan Ikhrata Wednesday evening: "SANDAG staff and leadership are committed to addressing this important safety issue for our region. The question that SANDAG has for those who held the press conference today is: The fires occurred in 2003 and 2007 -- what have you done in the last 16 years to fix the problem? Our Regional Plan will include real solutions that will improve safety and reduce congestion on SR 67.”

One resident unhappy with SANDAG’s plans said, “They need to spend the money where the people said it needs to be spent … The traffic, you know, people coming home at night, it’s terrible. Slow coming in, certain times a day it takes forever.”