Why do Santa Anas form and what makes them dangerous? 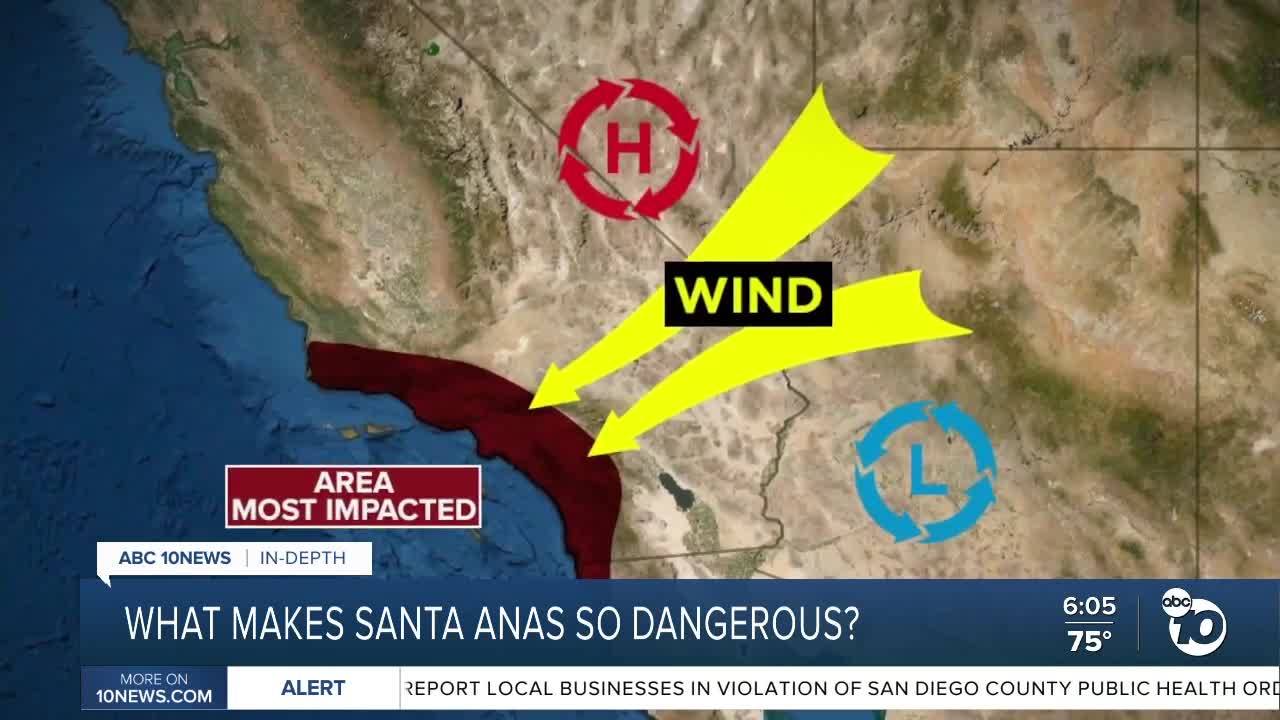 Santa Ana winds have fueled the most destructive wildfires in San Diego’s history, including the Cedar Fire in 2003 and the Witch Creek Fire in 2007. 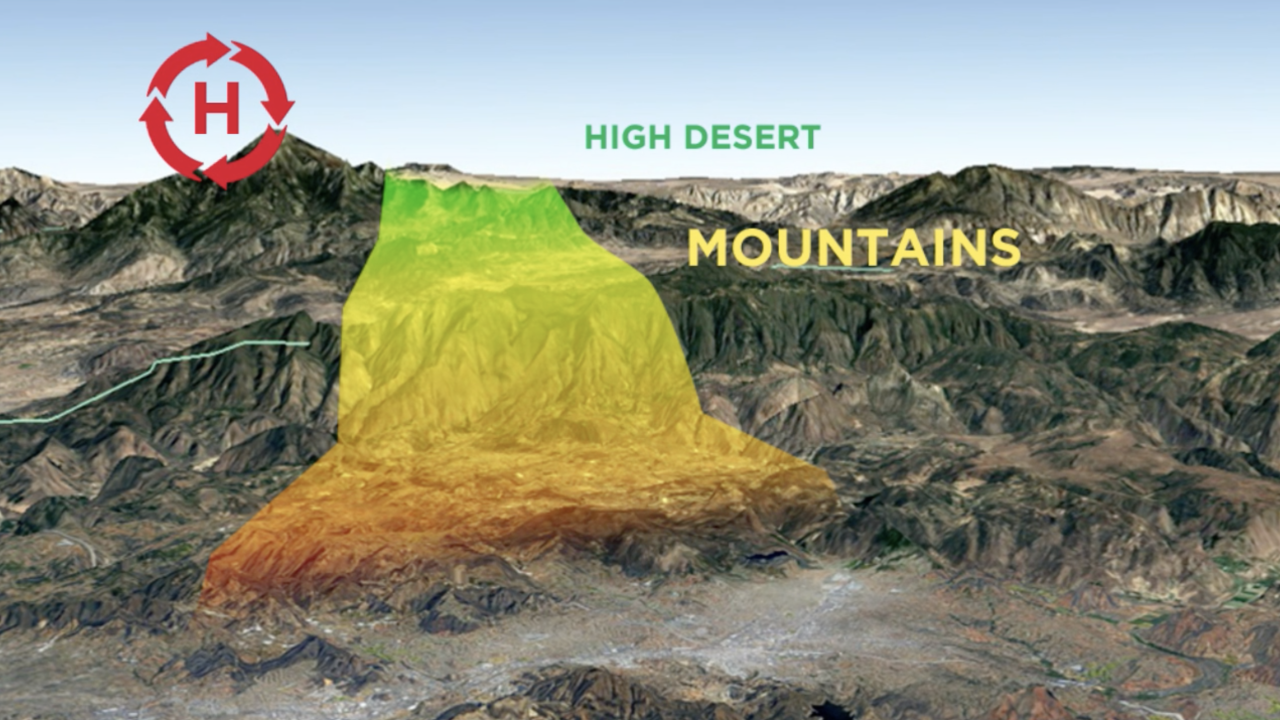 SAN DIEGO (KGTV) — Santa Ana winds have fueled the most destructive wildfires in San Diego’s history, including the Cedar Fire in 2003 and the Witch Creek Fire in 2007.

But why do Santa Anas form and what makes them so effective at spreading fire?

Typically, during the day, San Diego’s winds blow from the ocean to the shore. These onshore winds tend to carry a lot of water vapor.

However, Santa Ana winds blow the opposite direction, from the east to the west, and they have all the ingredients fires need to spread.

Strong. Dry. Hot. A fourth key factor elevating the fire danger is the timing of this wind pattern.

“They typically occur in the fall, which is that time of the year when the fuel moistures are very low, and so the fuels are primed for ignition,” Gonsalves said.

The winds are coming from the desert, but that’s not why they’re hot. They are hot for the same reason that air coming out of a bicycle pump is hot, Gonsalves said. It’s because the air is getting compressed.

As the winds flow west out of the Great Basin, they travel over mountains. At high elevations, the air is very cool, but as the winds move downslope into lower elevations where the pressure is higher, the air gets compressed. That compression rapidly drives up the temperature in what’s called the Adiabatic Process.

This process also dries out the air, and dry air can heat up much faster.

As the winds move downslope, they pass over ridges and through canyons, which act like funnels, speeding up the winds.

Santa Ana winds can pop up any time the Great Basin is cooler than Southern California, typically from September to May. But peak season is considered to be October.

The Santa Ana event on Tuesday is falling a little before the peak season because of the positioning of highs and lows in the Northern Hemisphere, Gonsalves said, but the end result is the same: strong, dry, warm winds and extreme fire danger.