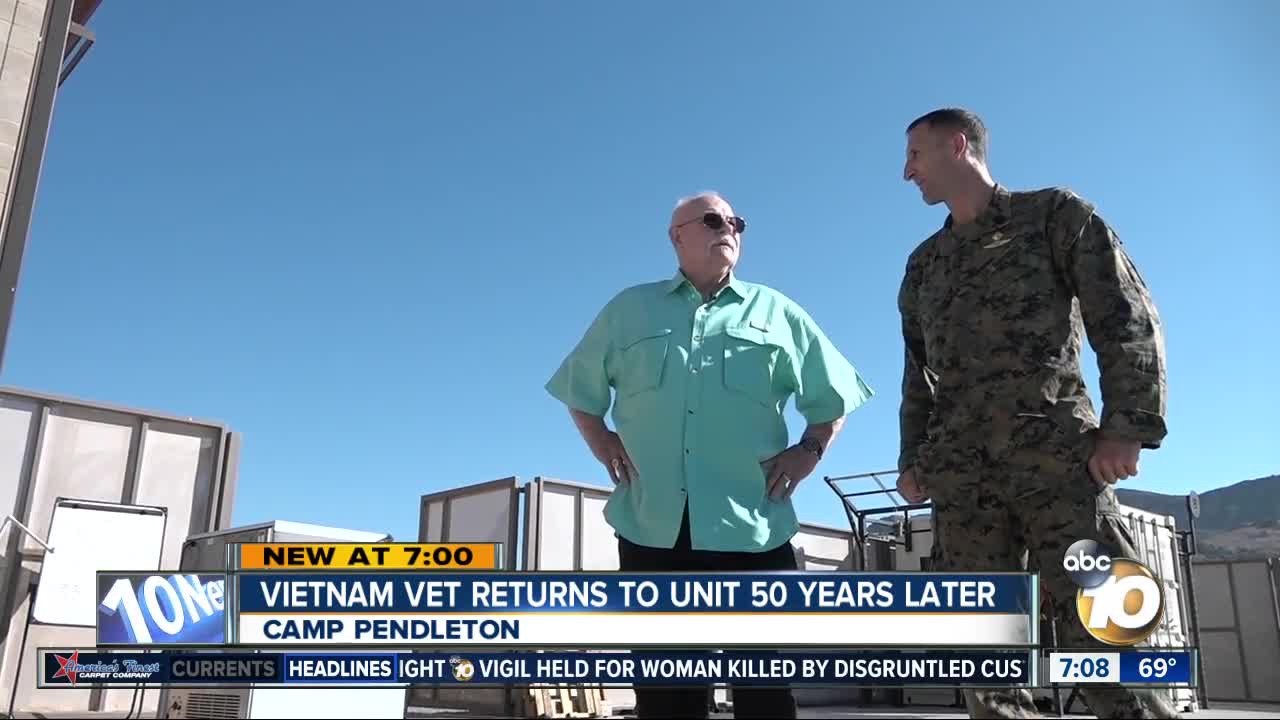 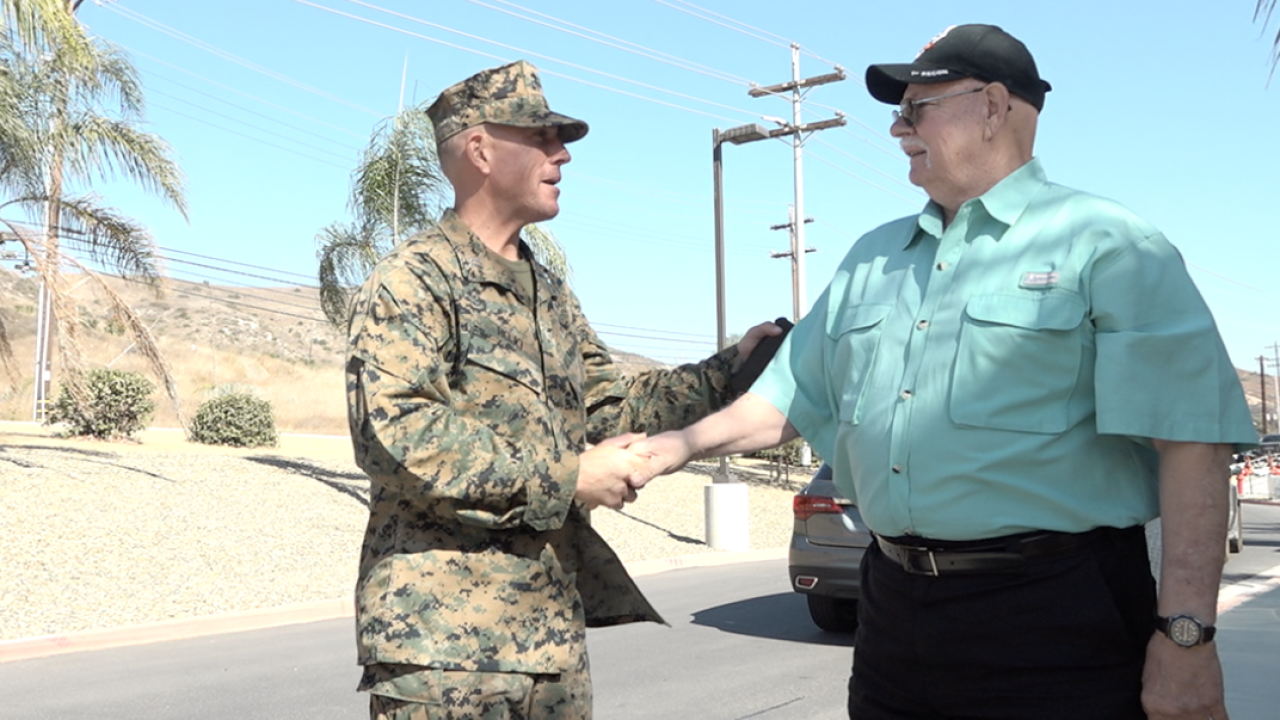 SAN DIEGO (KGTV) - The memories came flooding back for Vietnam veteran Ray Hildreth as he returned to Camp Pendleton 50 years later. He wanted to tour his old unit, the 1st Recon Battalion.

"Looking at the mountains, I remember having to run up and down them!"

And while the current 1st Recon Battalion Marines may not recognize Hildreth, they know his story.

In June of 1966, Hildreth's unit was stationed on Hill 488 in the jungles of Vietnam.

Before the week was over, they would fight the battle that would make them the most highly decorated small unit in the entire history of the U.S. military, winning a Congressional Medal of Honor, four Navy Crosses, thirteen Silver Stars, and eighteen Purple Hearts—some of them posthumously.

There were just 18 of them when they encountered the enemy, a battalion of over 200.

"Early on in the battle, and all the Marines here can identify with this, the NVA yelled out 'Marines you die in an hour,' and we had some colorful words to say back to them, and said, come and get us," remembers Hildreth.

The late Staff Sergeant Jimmie Howard served as platoon leader with 1st Reconnaissance Battalion and led the defense of Hill 488 when attacked by the North Vietnamese.

Howard had combat experience from Korea, and Hildreth credits the leader with keeping them alive.

"Sergeant Howard said, 'Laugh at them!' And we did, we laughed out loud at them. Later I went back to Vietnam, 2011. I met one of the NVA we fought against. I asked him, what did you think when we laughed at you? He said we thought you were a much bigger unit. And it was that laugh, I'm sure of, that made them not just try to walk over the top of the hilltop and take us," said Hildreth.

When they were out of grenades, the men began throwing rocks.

"If we hadn't laughed at them, by sheer numbers, they could've walked across the top of the hill and killed us. At the end of the day, there were maybe eight rounds of ammunition left between us."

The unit killed an estimated 200 people.

Hildreth wrote a book about the battle, titled Hill 488.

"I thought people needed to know about the battle, not everyone went over there took drugs and smoked pot," said Hildreth. "We went over there with a different outlook, we're supposed to be here, there's a reason for it, and we done our job. We didn't protest."

During the visit, Hildreth was accompanied by some of Staff Sergeant Howard's family members.