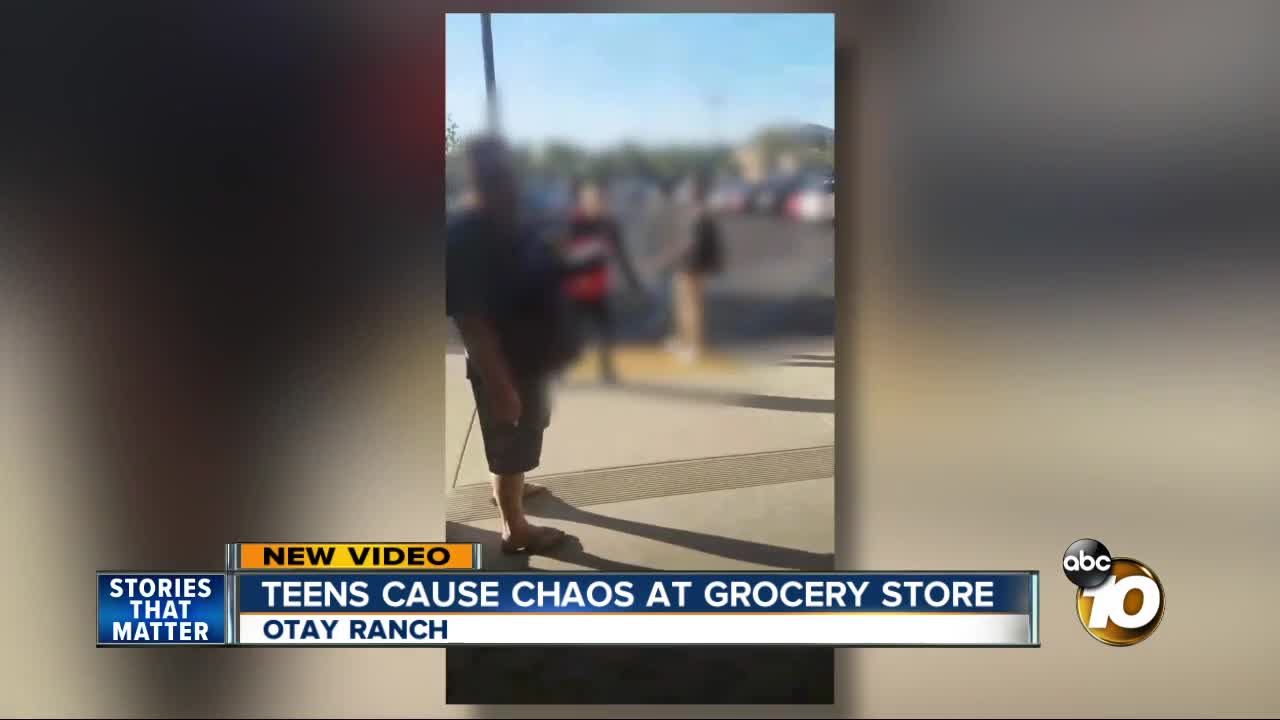 A woman told 10News she started recording after she heard some teenagers cursing and rushing outside of a Vons store in Otay Ranch earlier this week. She said she hopes other teens and parents see the video and learn that the behavior is unacceptable.

The woman said the teens were apparently angry after the store’s manager refused to let them buy alcohol.

“Everybody kind of rushed outside and there’s going to be a confrontation, so that’s when I opened up the video in the hopes that it would de-escalate the situation,” the woman said.

The woman told 10News the angry teens were cursing at people and took items from the front of the store in a form of protest.

“But by the time it got to the front, it had reached another level … products on the ground … So there was back-and-forth, but then someone made a comment that was racially insensitive,” according to the woman.

The video shows the teens walking towards the parking and the tense situation seemed to come to an end, until someone is heard in the video shouting, “Speak proper English.”

“That instigated the situation because the boys were walking away,” the woman said. “When you say that to somebody, you’re implying that they are uneducated and, therefore, inferior; there are going to be certain people that are going to feel a certain type of way about that.”

Moments later, another teen is seen on the video throwing an unopened energy drink into the crowd, but it struck a nearby wall. The group of teens then leaves the area.

The woman said, “That would’ve been a whole different level. Now we’re going to assault, and anything could have happened … that can could’ve hit anybody.”

No one was injured in the confrontation.

10News reached out to Vons management to learn how the store is going to handle the incident, but they did not respond as of the publication of this story.