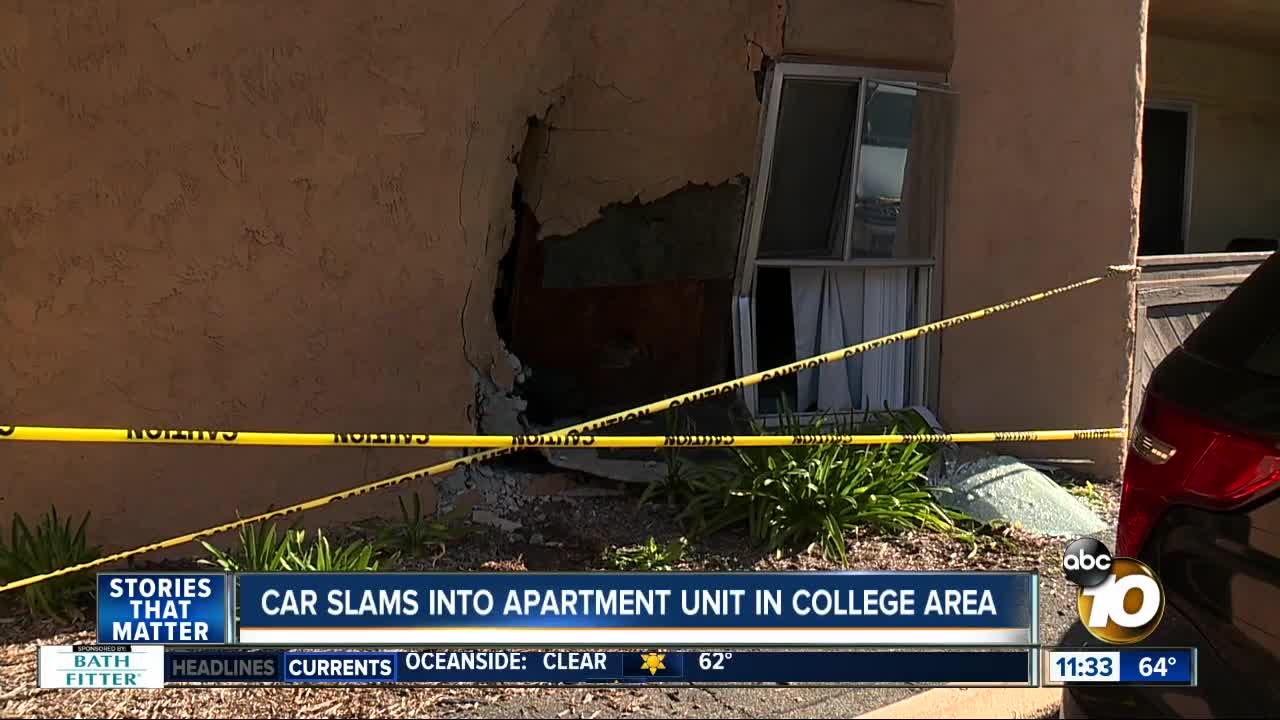 Authorities are searching for a vehicle that slammed into a College Area apartment unit and then drove away, causing extensive damage to the home. 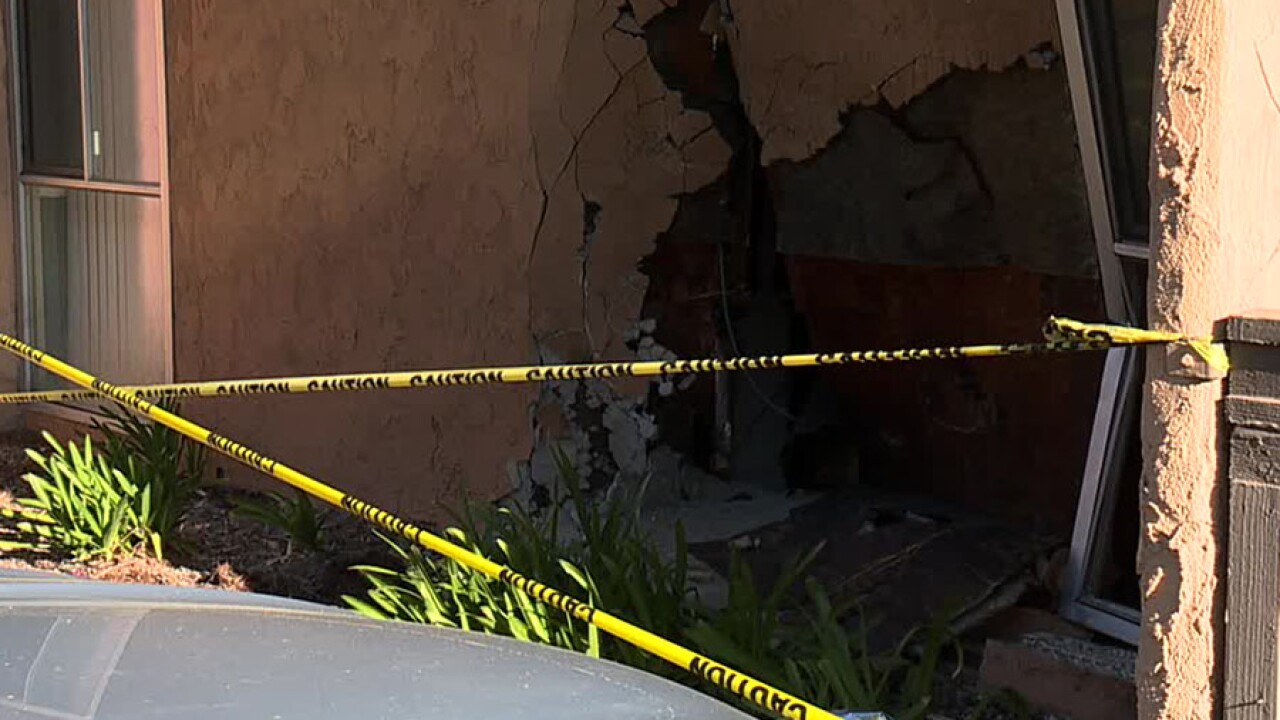 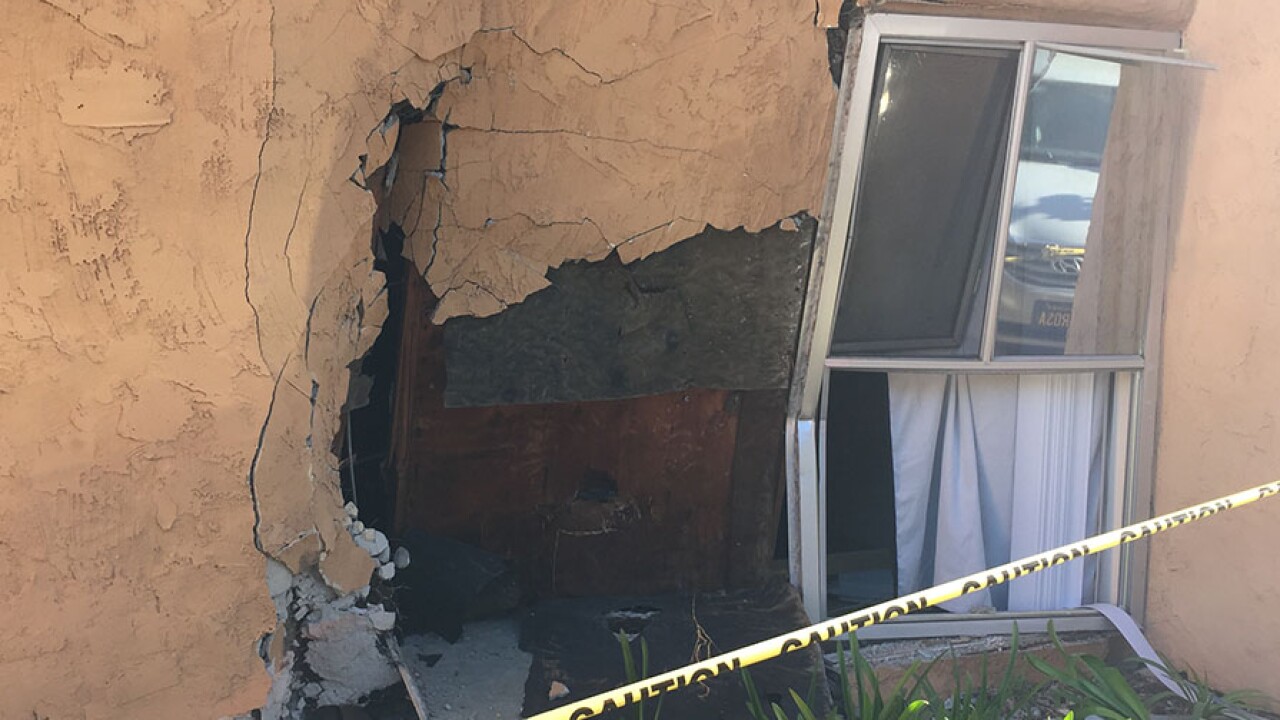 SAN DIEGO (KGTV) -- Authorities are searching for a vehicle that slammed into a College Area apartment unit and then drove away, causing extensive damage to the home.

San Diego police received a report Friday morning of severe damage to a ground-floor unit at a complex on 6955 Alvarado Road. Responding officers and emergency crews arrived to find a large hole in the unit’s bedroom and a badly damaged window.

The damage appeared to be caused by a vehicle that was no longer at the scene.

Police believe the crash occurred sometime between 7 p.m. and 8 p.m. the night before, but no residents in the area were aware the incident happened until Friday morning.

10News learned a woman who lives in the unit was asleep when the crash happened and, like others in the neighborhood, she did not know it occurred until hours later.

No one was hurt in the incident.

A building inspection team was at the scene to assess the structure damage.

During their investigation Friday morning, police spotted a dark blue Dodge parked across the street from the apartment complex. The vehicle had scratches on it and debris from a wall was struck inside of the bumper.

According to police, the registered owner of the vehicle lives in the apartments but was not home.