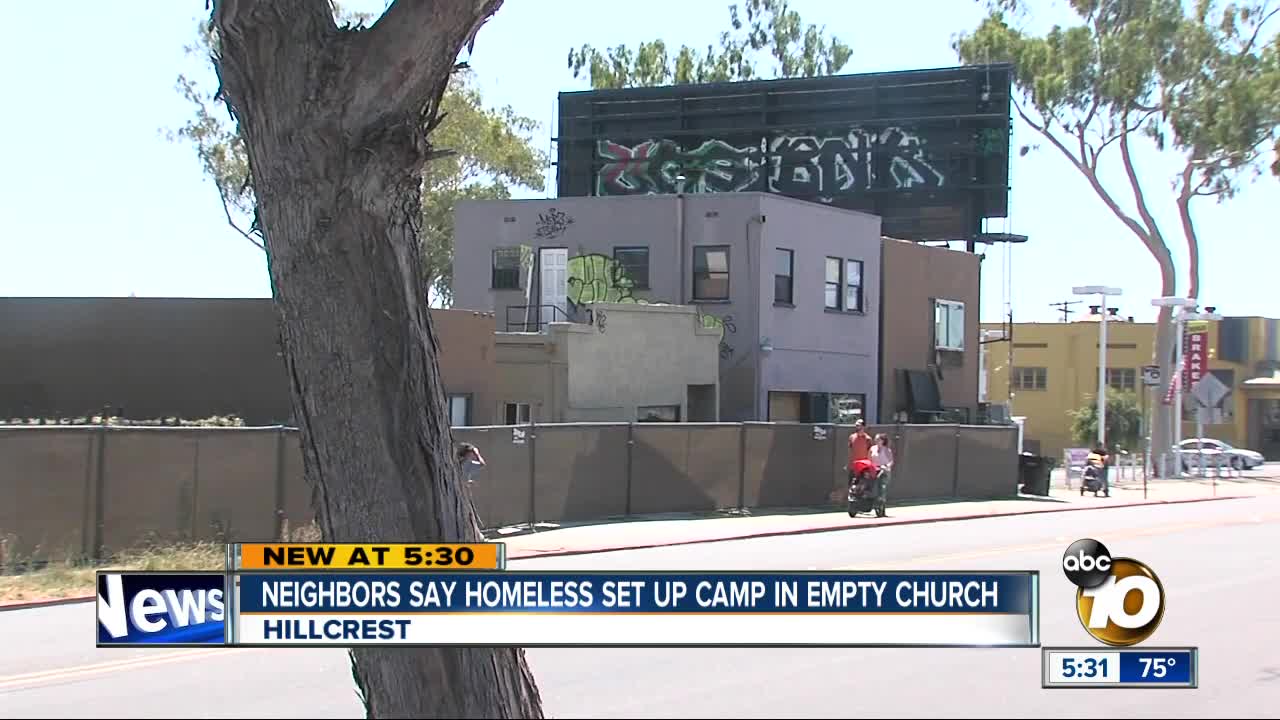 SAN DIEGO (KGTV) - Neighbors in Hillcrest say an abandoned church has become a campground for the homeless.

The church sold the land to developer LMC North Park Holdings in 2018. They were still leasing it out until about a month ago. That's when residents say the homeless started moving in.

"It's more or less the drug crowd, sex trafficking, stuff like that that winds up utilizing these areas," he said.

The spot on Park Boulevard and Meade Avenue is boarded up, covered in graffiti, and littered with needles.

On Tuesday, firefighters say transients smoking drugs started a fire at another vacant building a few blocks down.

Passante says it's just a matter of time before that happens at the church.

"It's the same people you see over and over and over again and most of them have some kind of mental illness," said Passante. "The quicker places like this can be demolished the less we'll have that problem.

LMC North Park Holdings says they are aware of the problem and have hired 24/7 security. Our crews didn't see any security guards while out there for several hours gathering the story.

They say they've been waiting on permits and have plans to start demolition by the end of the year.