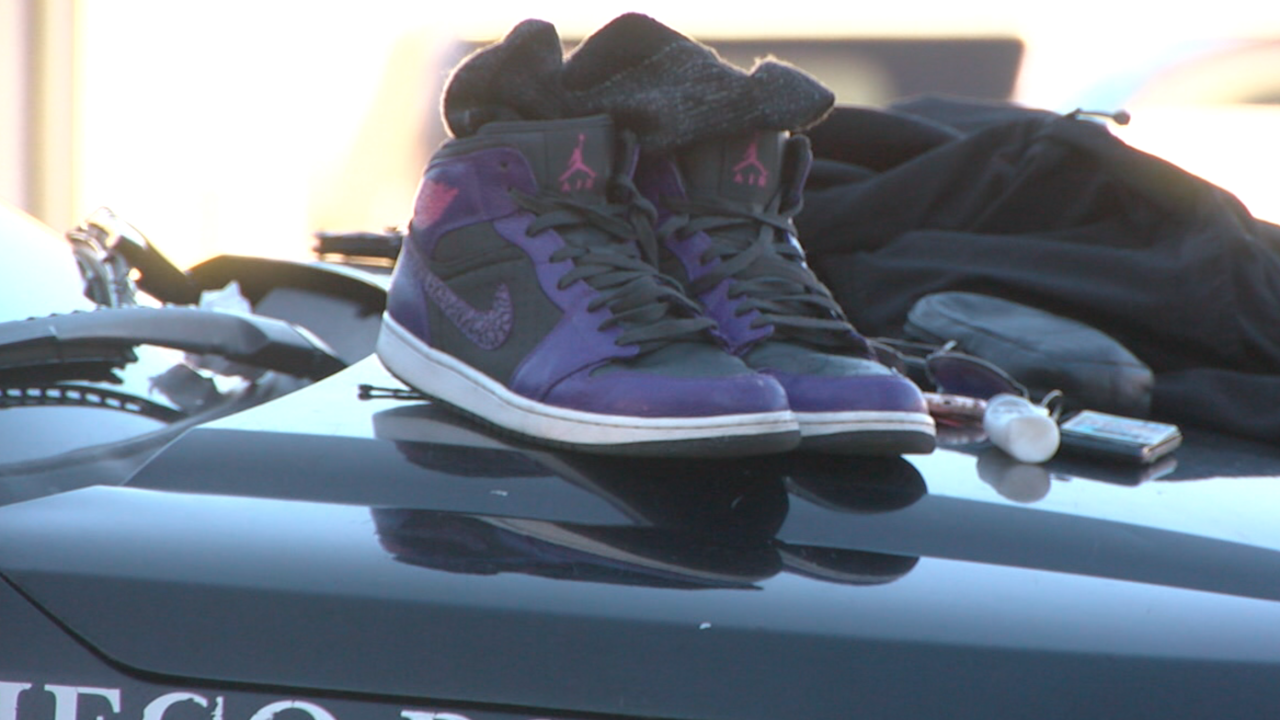 The man went to Open Bar on Mission Boulevard near Grand Avenue at 1 p.m. and said he was going to kill the employee, officers said.

Police got a detailed description of the man, which included purple Air Jordan Nike shoes.

An SDPD lieutenant who responded to the scene spotted the man - and his sneakers - and officers arrested him near Mission Boulevard and Pacific Beach Drive.

Witnesses identified the suspect at the scene.

During the search for the knife-wielding man, police said a drunk bar patron jumped on top of a patrol car and stomped on its roof. The man was arrested on suspicion of felony vandalism for substantial damage to the SDPD vehicle.