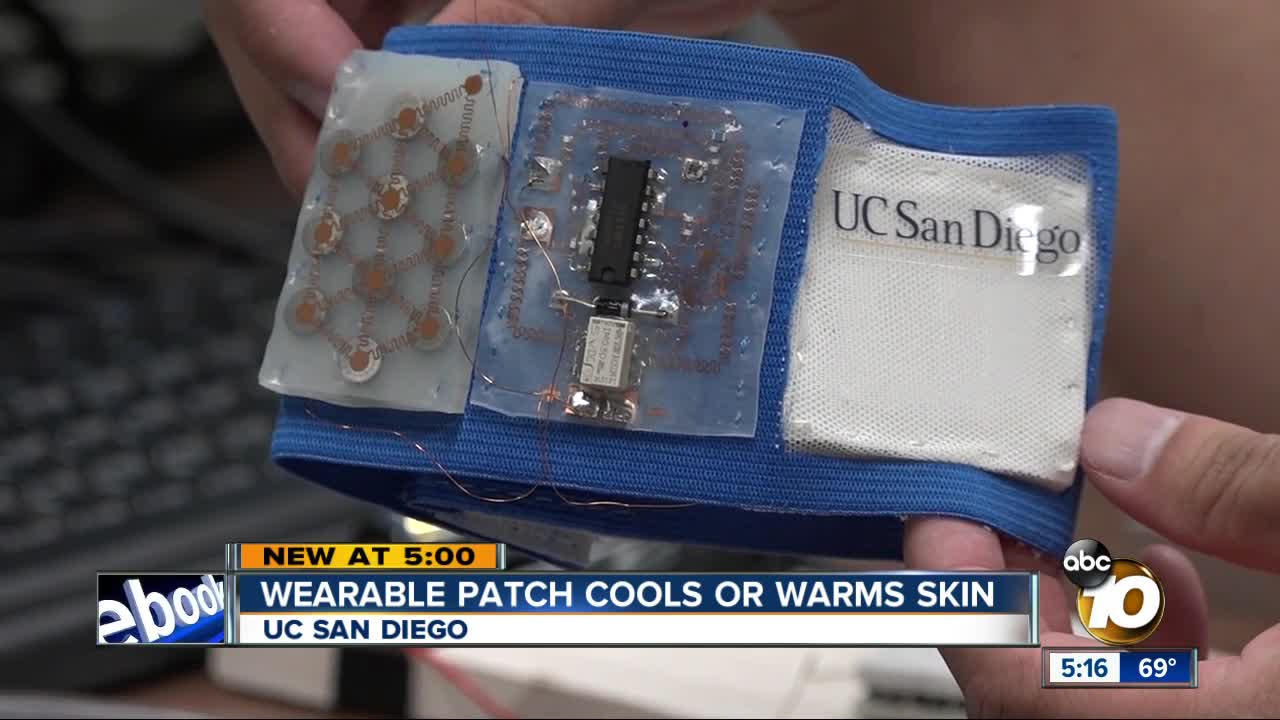 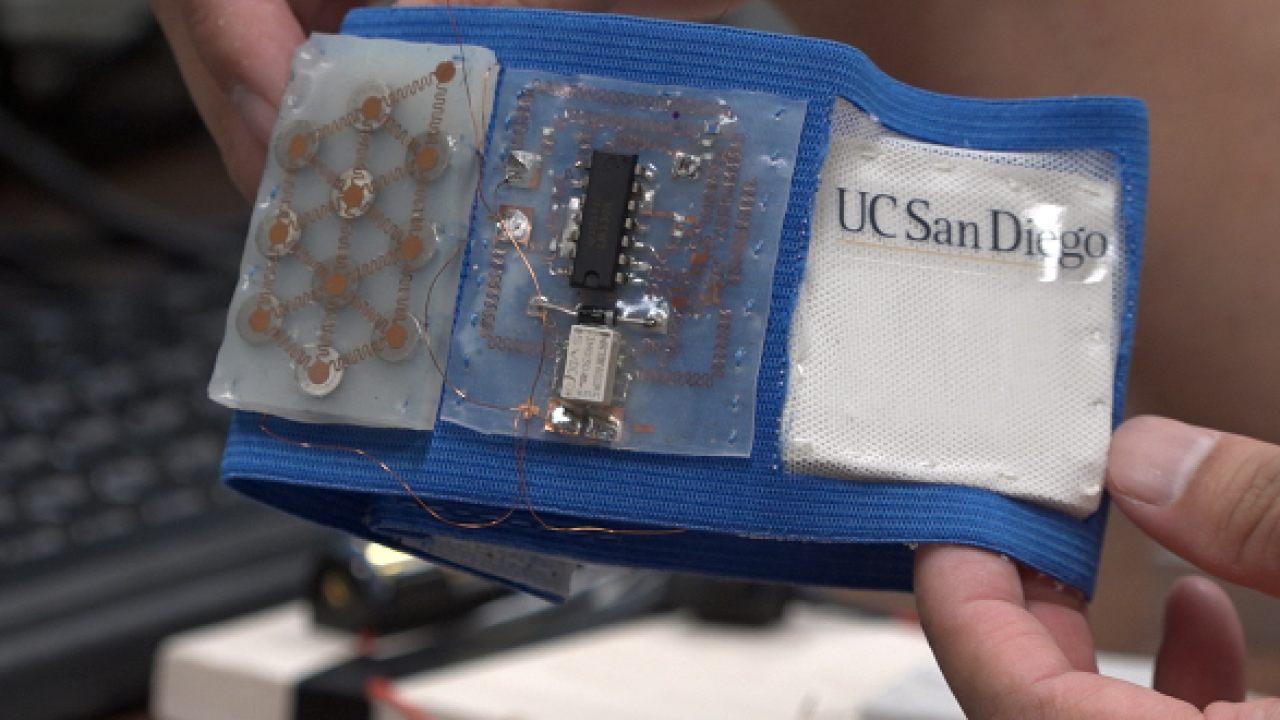 SAN DIEGO (KGTV) - Imagine having the power to change your body’s temperature at any time, regardless of how hot or cold it actually is. UC San Diego engineers are on they’re way to doing just that, with a wearable patch.

Like a thermostat, it can be changed to a specific temperature, warming or cooling the body, using far less energy than an air conditioning system.

“Cooling is a really important issue faced by society today. If you look at news reports there are extreme weather conditions, for example in India, peak temperature could be over 50 degrees Celsius in July," said Renkun Chen, a Professor of Mechanical and Aerospace Engineering at UC San Diego.

The patch is made up of thermoelectric alloys - materials that use electricity to create a temperature difference and vice versa - sandwiched between stretchy elastomer sheets. The device physically cools or heats the skin to a temperature that the wearer chooses.

The patch is powered by a flexible battery pack. It is made of an array of coin cells all connected by spring-shaped copper wires and embedded in a stretchable material. The system also includes a stretchable circuit board.

By regulating the temperature around an individual person, rather than a large room, the smart fabric could potentially cut the energy use of buildings and homes by at least 15 percent.

The technology could also be used for people who work in extreme environments, like firefighters or miners.

Eventually, Chen and his team want to integrate the technology into clothing. They hope to sell it commercially in the next few years, along with developing a mobile app to control the temperature.

The research was funded with a $2.6 million grant from the U.S. Department of Energy.