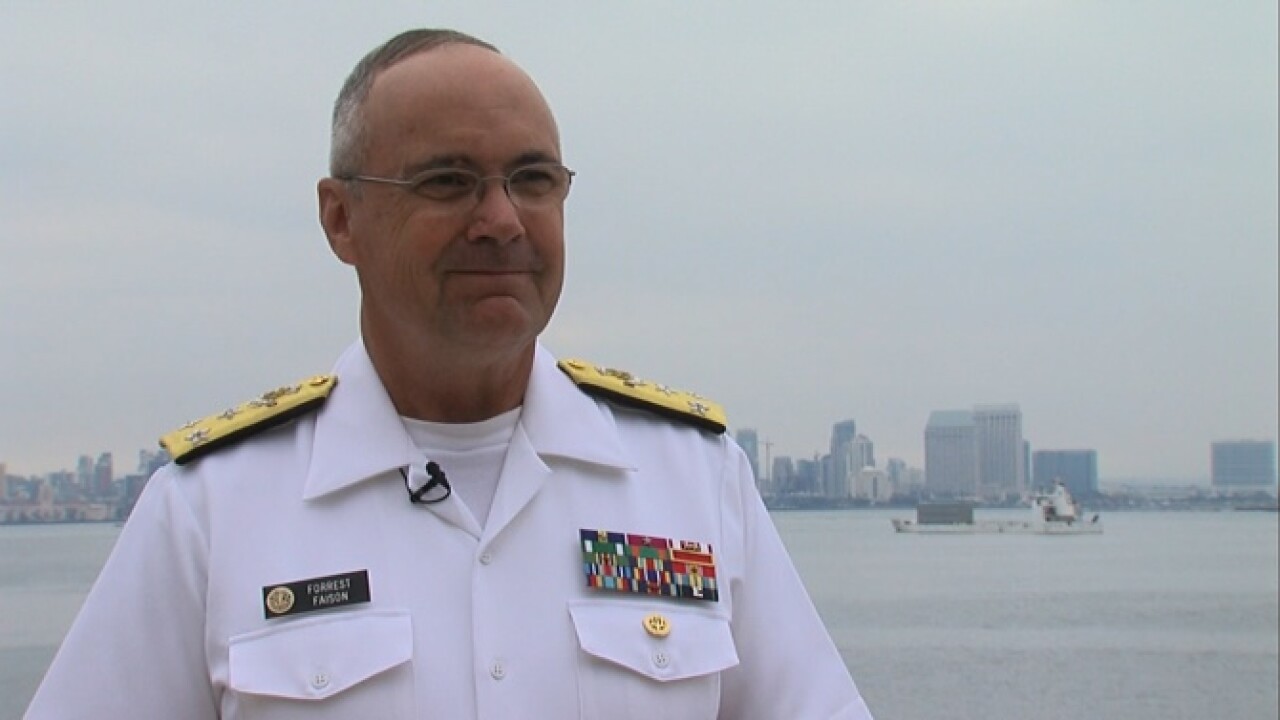 10News caught up with Vice Admiral Forrest Faison at after he spoke at the San Diego Military Advisory Council Breakfast in Point Loma.

“We are changing how we do healthcare in the Navy to be one of the providers of choice,” he said. “Despite all the changes going on in military medicine right now, what will not change ever is our commitment to those we are privileged to serve.”

Faison said there’s no greater responsibility than providing medical forces that are ready, prepared and present to save the lives of the nation’s armed forces.

He said Naval Medical Center San Diego plays a big role when it comes to providing that training.

Congress recently directed the Defense Health Agency (DHA) to take over the Military Health System (MHS). Meaning, all military medical centers across the national will soon be managed by DHA.

Faison says this will be a smooth and transparent transition, and military families won’t be getting a big surprise.

The Naval Hospital in Jacksonville transitioned from MHS to DHA last October, hospitals on the east coast are going through it now, and the west coast, including San Diego, is next.

Faison said when it comes to military families having to switch healthcare providers so often, or wait a long time for appointments and referrals, the DHA is actively working to minimize changes and alleviate wait times.

“The defense health agency is responsible for managing the Tricare network to ensure there are sufficient providers to be able to meet the needs and monitor access and wait times, so we rely very heavily on them to do that,” said Faison.

“I know they’re working very closely with the Tricare contractors to be able to do that in all the different locations where we have service members and their families and we ask them to be stationed to do our nation’s business.”

The transition in San Diego is expected to happen no later than October 2020.