10News looks into the claims. 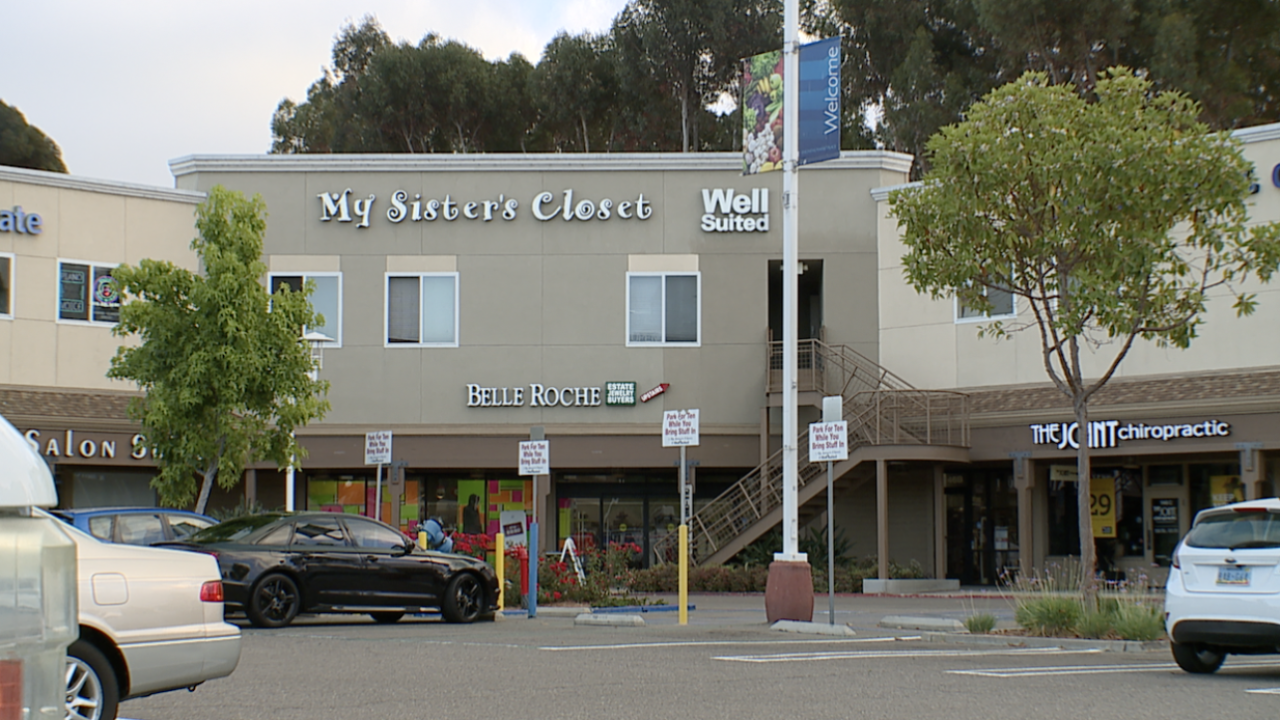 ENCINITAS, Calif. (KGTV) - A confrontation at one of San Diego's most popular consignment stores led to two employees quitting and an apology from the store’s co-founder.

Sofia Olvera and her 10-year-old daughter Aileen Bastida had previously dropped off some items to sell at My Sister’s Closet on El Camino Real in Encinitas.

Last Wednesday, the mother and daughter told 10News they came back to the store to pick up a pair of high-end shoes that they thought were priced too low.

According to two now-former employees, before selling any items at My Sister’s Closet, everyone must sign a contract. The employees said the contract is “a public contract they have, it says if you are consigning articles over $50, you can pick them up for $5.”

One of the former workers, Celia Miranda, was there last Wednesday when Olvera wanted to buy back her shoes, but things escalated.

Miranda told 10News the manager working with Olvera told her, “What she said was that, ‘I think that people who do not speak English have no business consigning here,’ and I was in shock and I said, ‘That’s very wrong.’”

Miranda said she tried to stand up for Olvera and her daughter but was asked to leave work.

“They humiliated me in a terrible way, and I’m frustrated I didn’t help her more; I wanted to help her more, but they made me leave,” Miranda said.

As a Hispanic woman herself who moved to San Diego from Mexico and became a U.S. citizen, she said she was frustrated with the whole situation.

“It was terrible because I have never seen a human being treated like that; it broke my heart,” said Miranda.

Another employee working with Miranda the night of the confrontation also quit.

Jordan Daniels told 10News, “I said I wanted to take pride in where I worked, and I no longer felt that way working there.”

10News reached out to My Sister’s Closet, and CEO/co-founder Ann Siner replied:

We apologize for the experience a Latina customer had at our Encinitas store earlier last week.
At My Sister’s Closet, we want all of our customers to feel welcomed at all our stores and treated with the utmost respect and dignity. Always. We value inclusion and diversity. Always. We are a woman-owned business with 64 percent of our workforce at our Encinitas store being Latina.
No customer should ever feel mistreated, underappreciated or disrespected at any of our stores, period. We apologize specifically to the customer. We are taking steps to make sure this doesn’t happen ever again, and we can enhance our commitment to customer service and our valued Hispanic customers and employees. To be clear, this customer did sign a contract with us. Our contracts are color blind, as all contracts should be. Nevertheless, unique and challenging circumstances should and can be identified by those of us here, and that is what this moment can teach us.
Despite our significant number of Latina employees, My Sister’s Closet will hire a new dedicated Spanish-speaking coordinator for our Encinitas store to help avoid future misunderstandings with customers. Our management, staff and leadership are all committed to diversity and inclusion at all our stores. Our track record in this state and Arizona proves it.
We will also implement new and redouble current customer service and inclusion training to make sure all our customers (from all backgrounds) feel welcomed and know how much we value the communities our stores serve.
This incident is not who we are as a company or part of the community.
We have been committed to the communities we serve including charities and nonprofits. Our company has been a major contributor to the Fresh Start Women’s Foundation as well as the Sojourner Center. Both groups help women deal with domestic violence and make fresh starts in their lives. My Sisters Closet is also committed to animal welfare and protection. We recently made a $1 million contribution pledge to the Arizona Humane Society and support the Rancho Coastal Humane Society.
We are part of the communities we serve. We apologize to the customer for this unfortunate incident and pledge to make sure it never happens again, and we are an example in San Diego for inclusion and valuing our diverse community.
Indeed, the employee who criticized us on social media will not be terminated and we will use this as a learning moment for all. Furthermore, we are going to make a charitable donation in her name to a cause and place we know is important to her.

This story was updated to reflect the correct spelling of the store owner’s name, Ann Siner.